(ORDO NEWS) — Scientists have recreated the appearance of a woman who lived on the territory of modern Central Europe in the Bronze Age.

To recreate the appearance, not only the facial bones of the skull were used, but also DNA data.

Separately, it is worth noting that this woman was not chosen by chance for the work of scientists. Judging by the quantity and richness of the grave goods found in her burial, the diminutive, dark-haired Bohemian could have been one of the richest people of her time.

The remains were found in the north of the Czech Republic, in an area that everyone knows as Bohemia. In total, scientists discovered 27 ancient burials here, in which, among other grave goods, a little less than a thousand amber artifacts were found.

“We found amber in 40% of all female graves,” says archaeologist Michal Erne from the Institute of Archeology of the Academy of Sciences of the Czech Republic.

According to his calculations, there were more amber artifacts in one single cemetery in Bohemia than in all Unetian graves in Germany. 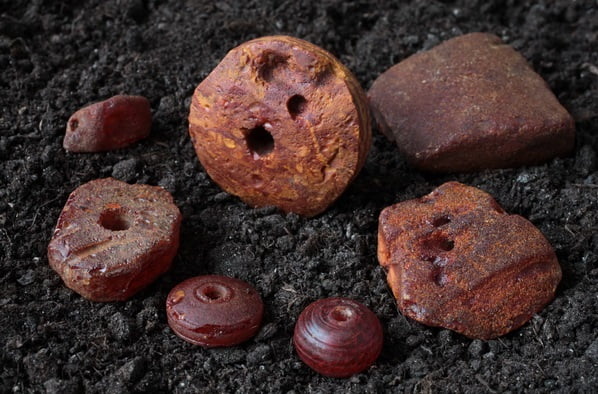 Radiocarbon analysis of artifacts found in the burial and in the adjacent territory showed that the woman most likely lived between 1880 and 1750 BC.

In the burial of the woman who was the subject of the study, scientists found five bronze bracelets, two gold earrings and a complex necklace of four hundred amber beads. Three sewing needles made of bronze were also found in the burial.

Despite the fact that it is not possible to establish the identity of a woman, scientists note that she was incredibly rich for her time.

The best preserved skull. Therefore, scientists decided to reconstruct the appearance in order to find out what a rich woman could look like four millennia ago. 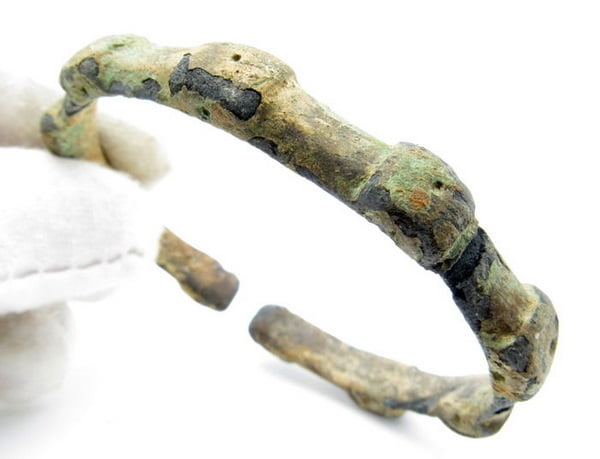 Due to the fact that some of the bones of the skeleton were preserved so well that DNA could be extracted from them, scientists were able not only to recreate the appearance, but also to determine the color of the woman’s hair, eyes and skin.

The model of the body was created by anthropologist Eva Vanichkova from the Moravian Museum in Brno and sculptor Ondřej Bilek.

Not without accessories. Lyudmila Barchakova of the Institute of Archeology of the Academy of Sciences recreated the elaborate amber necklace and gold earrings, locksmith Radek Lukowka reconstructed bronze bracelets and needles, and textile archaeologist Kristina Urbanova sewed the original costume according to data on the attire of wealthy women of that period. 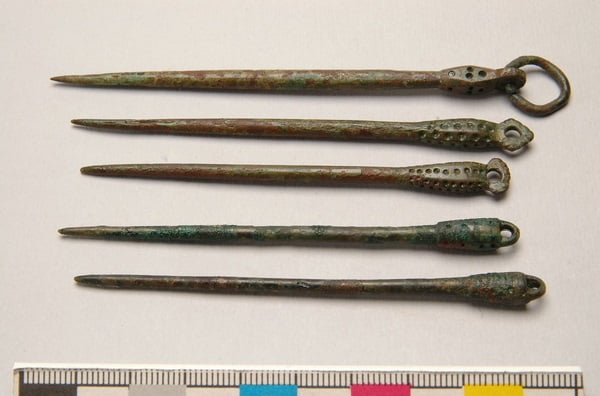 During the excavation of other burials, the researchers found that in many of them the remains were preserved well enough to extract DNA from them. Now scientists are working on this to find out if the people buried in the cemetery were related.

This work will allow historians to obtain new data on life in this region in the Bronze Age.

Woman got pregnant twice in a week

Woman got pregnant twice in a week