It seems that everything is smooth, but now scientists refute this and argue that there is another continent. This is a twist … In fact, scientists have discovered it a long time ago, but they forgot to tell us. More accurate data and scientific evidence has now been obtained that could change the way humanity thinks about our planet.

How many continents on Earth

It is interesting that not everywhere everything is so unambiguous, and not in all countries the number of continents is considered the same. This has nothing to do with the new continent, but it is extremely interesting from the point of view of a different approach to science.

It turns out that in different countries, people count the continents differently and unite them in different ways. For example, in China, India and partly in western Europe, it is believed that there are seven continents. These countries consider Europe and Asia to be different continents.

The most dangerous islands of the Earth: diseases, snakes and aborigines with spears.

In Spanish-speaking countries and parts of eastern Europe, including Greece, it is customary to unite both Americas into one continent, but still divide Eurasia and talk about six continents, but from a different side. There are even countries that unite America, as well as Africa with Eurasia, and receive only 4 continents at the exit (Afro-Eurasia, America, Antarctica, Australia). In our country, it is customary to talk about six continents with the division of the Americas and the unification of Eurasia.

According to a recent study, we can say that a new seventh continent called “Zealand” has been found on Earth. They found him only now, although for thousands of years he was literally under our noses.

11 researchers argue that New Zealand and New Caledonia are more than just a chain of islands. Instead, they are part of a single continental plate with an area of ​​4.9 million square kilometers (1.89 million square miles). However, it has nothing to do with the plate on which Australia is located.

Scientists said that this is not a sudden discovery that happened suddenly, but the result of years of research. Until 10 years ago, they did not have the opportunity to formulate all their observations together, because there was simply not enough data.

Many other scientists who did not participate in the study accepted and agreed with the findings of the researchers, with a few minor exceptions.

Why Zeeland is truly a new continent

In fact, they started talking back in 1995 that something is “unclean” in this region. The first to say this was Bruce Luyendyk. True, he said, he did not try to describe the new continent. When he proposed the name Zeeland, he rather spoke of the geological unification of New Zealand, New Caledonia and the flooded land areas near them. All this was part of the supercontinent of Gondwana, which existed 200 million years ago.

Researchers have now taken Luyendyk idea a few big steps forward. They revised known evidence based on four criteria that geologists use to count a piece of the earth’s crust as a continent.

Signs of the continent:

Metamorphic rocks have been altered by heat or pressure.

Over the past several decades, geologists have already determined that New Zealand and New Caledonia meet the requirements of the first three points. As a result, this led to the fact that more and more scientists consider the region to be a continent, and not just a group of islands.

As for the fourth point, there were doubts, and many previous studies showed that the territory can consist of many micro-continents. In this case, it was impossible to talk about a new full-fledged continent. But the new study used detailed satellite images of different points on the surface and the seabed. As a result, evidence was obtained that Zeeland is indeed a geologically integrated whole.

A mysterious anomaly under the African continent weakens the Earth’s magnetic field.

According to scientists, part of the land on which India is located was also a separate continent many years ago and even corresponded to all four of the above signs. Many millions of years ago, it united with Eurasia and became part of it.

Apparently, Zealand has not yet managed to unite with Australia, but according to scientists, everything is heading towards this. In the meantime, the sinkhole separating the two continents is 25 kilometers (15.5 mi) wide.

True, there is one problem with the new continent. It is located at the junction of two tectonic plates (Australian and Pacific). This split makes the region look more like a group of continental fragments than a single plate. But researchers note that Arabia, India, and parts of Central America have similar subdivisions, but are still considered to be parts of larger continents. The main thing is that Zealand is not divided into micro-continents and is a single continental plate. 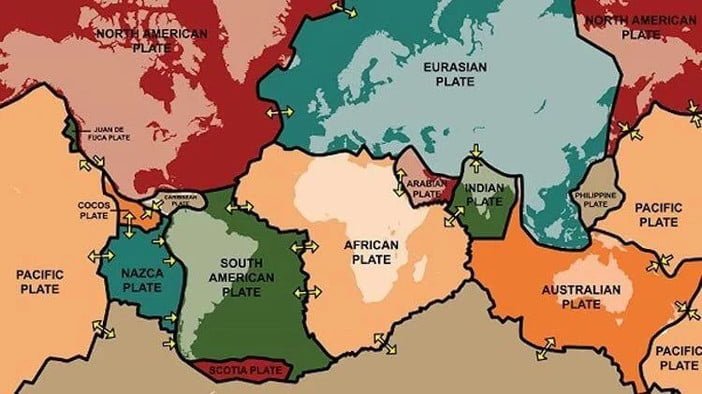 What’s more, the researchers write, rock samples show that Zealand was made from the same continental crust that was once part of Gondwana, and that it migrated in ways similar to the continents of Antarctica and Australia.

The reason that the new continent could not be discovered for so long is that many millions of years ago it gradually sank under water, and only the territories that now correspond to New Zealand, New Caledonia and some smaller islands remained at the top. This is only about five percent of the discovered continent.

The scientific value of classifying Zealand as a continent is much more than just an additional name on the list, the scientists write. The fact that the continent can be so submerged but not fragmented makes it useful. This is suggestive of geodynamic changes in the earth’s crust.

Zealand in the world economy

Now I wonder how New Zealand will behave in terms of international law. On the one hand, United Nations agreements specifically refer to continental shelves as boundaries that determine where resources can be extracted. But the new data that has been discovered allows us to think about what to do next and what should be considered the territory of the country.

Although, some serious changes in this area are unlikely, but if suddenly someone starts to spin it, then a very interesting story can turn out.