(ORDO NEWS) — In December 2022, at the COP15 environmental summit in Montreal, Canada, nearly 200 countries around the world signed a historic agreement to protect nature.

The participants agreed to actively fight against the extinction of animals and plants, as well as restore biodiversity – tens of billions of dollars were going to be allocated for this.

However, mankind has not fulfilled the previous promises. As a result, the destruction of ecosystems has gained catastrophic speed, hundreds of thousands of species are on the verge of extinction.

People will also have to suffer the consequences. Unconscious suicide – in the material “Lenta.ru”.

The document signed in Montreal implies that by 2030, 30 percent of the planet will become protected natural areas, and 30 percent of degraded coastal and marine ecosystems will be restored.

To preserve biodiversity, the authorities of states with developed economies have committed to allocate $ 30 billion – so they hope to prevent the worst mass destruction of living beings predicted by scientists since the time of the dinosaurs.

However, the terms of the deal did not suit all participants of the summit.

Thus, representatives of the Democratic Republic of the Congo, the Republic of Cameroon and the Republic of Uganda called for the creation of an organization separate from the Global Environment Facility (GEF) in order to receive more funding for biodiversity conservation.

The fact is that GEF funds go mainly to China, Brazil, Indonesia, India and Mexico, while African countries also have tropical forests and unique animals that do not have enough money to save them. 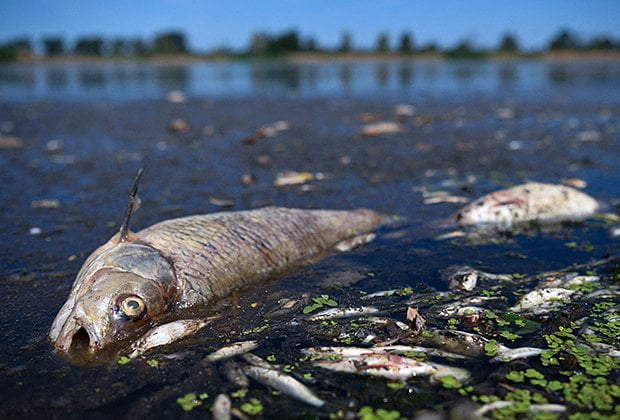 The United States generally refused to sign the agreement. Washington has pledged $600 million to the GEF and also intends to adhere to the agreement’s goal of protecting 30 percent of the territory by 2030, but this is not supported by documents.

It is noteworthy that in 1992 the country did not sign the Convention on Biological Diversity in Rio de Janeiro.

Experts consider this position of the United States to be erroneous, since the refusal of a major player to participate in an international deal can undermine the motivation of other states.

Meanwhile, the situation urgently requires a response: the rate of biodiversity loss in the world has increased dramatically in recent decades. Every year, the population of wild animals on the planet is reduced by about 2.5 percent.

This is due to the destruction of natural habitats, the spread of invasive species (plants and animals that are toxic or dangerous to other species, such as hogweed and the Colorado potato beetle), soil, air and water pollution, global climate change, overfishing and uncontrolled hunting.

2.5% is the rate of annual decline in populations of wild animals on the planet.

According to the World Wide Fund for Nature (WWF), over the past 50 years, the populations of mammals, birds, amphibians, reptiles and fish around the world have decreased by almost 70 percent.

Of the continents, Latin America has the highest rate, at 94 percent. Freshwater vertebrates were among the most affected, with an average decline of 83 percent.

According to UN estimates, about a million species of animals and plants are on the verge of extinction – many of them may disappear from the planet in the coming decades.

More than 40 percent of amphibians and almost 33 percent of reef-building corals, more than a third of all marine mammals and about 10 percent of insects are at risk of extinction.

1 million species of plants and animals could become extinct in the coming decades.

The main factor that leads to the loss of biodiversity on the planet, the researchers called changes in the use of land and water – now more than a third of the land surface and almost 75 percent of the world’s fresh water are used in crops and livestock.

The next most negative impact was the direct exploitation of living organisms – the destruction of animals and plants for the production of materials or food. Climate change is also causing tangible harm.

The UN notes that greenhouse gas emissions have doubled since 1980, which has led to an increase in average global temperatures by 0.7 degrees Celsius.

According to scientists, global warming affects not only the composition of ecosystems, but also the genetics of species.

Extinction due to the climate crisis was predicted for 30 percent of plants (20.3 thousand species).

According to the National Museum of Natural History of the Smithsonian Institution in the United States, magnolias, a group of cycads, the cypress family, including sequoias and junipers, as well as a family of conifers called araucariaceae, are under threat.

Of the animals, WWF notes that the Amazonian pink river dolphin is at risk of extinction, whose population in the Mamirahua reserve in Brazil declined by 65 percent from 1994 to 2016; the Australian sea lion (the number of individuals decreased by 64 percent from 1977 to 2019); ocean sharks and rays – populations of these animals have declined by 71 percent since 1971.

The California porpoise is under even greater threat – 20 years ago there were about 600 individuals of such cetaceans, and now there are about a dozen left.

“In fact, we are sitting and watching how this species is dying out,” said Andrew Terry, director of biodiversity conservation at the Zoological Society of London (ZSL).

The Sumatran tiger, the Kalimantan orangutan, Australian koalas, hornbills and salamanders are at risk of extinction. 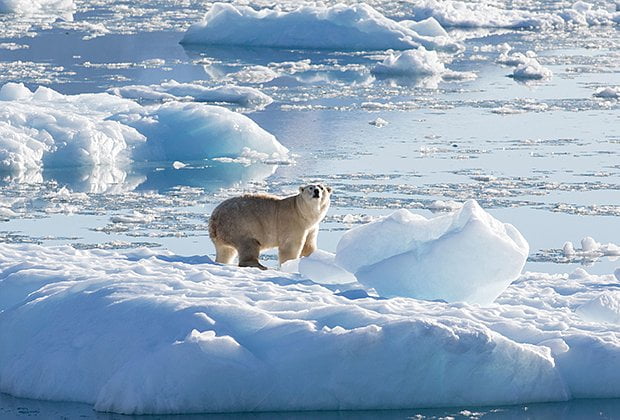 The complete extinction in 30-40 years, scientists of the Argentine Antarctic Institute (IAA) predicted emperor penguins. The main factor, according to researchers, will be the melting of glaciers against the backdrop of global warming.

Penguins breed during the Antarctic winter and need solid sea ice to nest from April to December. If the sea freezes later or melts ahead of time, then the birds will not be able to complete their reproductive cycle.

In addition, the development of tourism and fishing in Antarctica poses significant risks for emperor penguins, which deprive them of their main sources of food.

With human inaction, a similar fate awaits 97 percent of animal and plant species on the continent by the end of the century, biologists predict. This includes flowering plants, mosses, lichens,

The melting of glaciers in the Arctic has already affected the population of polar bears – they may become extinct by the end of this century.

Due to climate change, the natural ranges of animals have fragmented, individuals have ended up in small communities, consisting mainly of relatives, and have become prone to incest.

Simo Maduna, a scientist at the Norwegian Institute for Bioeconomic Research (NIBIO), explained that the offspring resulting from such relationships will more often receive recessive traits and lose the ability to survive.

The climate crisis has also affected the diet of polar bears. They have no one to hunt: the number of seals has declined, and now predators are forced to eat seabirds and their eggs.

The Grevy’s zebra in Kenya, which is considered the rarest in the world, has also been threatened with extinction.

From June to September 2022, 2 percent, or 40 representatives of this animal species, died from lack of food against the backdrop of drought. In total, three thousand such individuals live on the planet, 2.5 thousand of them are in Kenya.

Cases of mass death of animals also become a threat to the loss of biodiversity. One of the recent high-profile cases was the death of 2,500,000 seals, which washed up on the shores of the Caspian Sea in Dagestan.

The Ministry of Natural Resources called natural factors the main reason for endangered animals, but it is possible that the seals were poisoned by toxic gases.

This is not the first time such catastrophes have occurred in Russia. In December 2020 and May 2021, more than 200 dead seals were found in Dagestan.

Then the death of seals was explained by falling into the nets of fishermen and poachers – according to experts, in the spring the animals descend to the south, where they get entangled in fishing nets and cannot get out.

In addition, experts admit such a reason for the mass death of seals as sea pollution and viral diseases.

According to experts, the number of Caspian seals does not exceed 100 thousand individuals. If the mass death of seals continues, the species may disappear in 15-20 years, scientists predict.

Scientists are convinced that people are responsible for the loss of biodiversity in the world – most of the negative factors are associated with their activities. The UN stressed that three-quarters of the land and about 66 percent of the marine environment have undergone strong changes due to human activities.

People will suffer from the consequences of the disappearance of plants and animals.

Robert Watson, Chairman of the Intergovernmental Science-Policy Platform on Biodiversity and Ecosystem Services (IPBES), believes that the ecosystems on which people and other species depend are deteriorating faster than ever.

We are destroying the very foundations of our economy, depriving ourselves of livelihoods, food security, health and quality of life for people around the world.

Chair of the Intergovernmental Science-Policy Platform on Biodiversity and Ecosystem Services.

Nevertheless, the problem of biodiversity is not given due attention in the world community, focusing, albeit without much progress, on saving from global warming and switching to renewable energy sources.

It is significant that none of the 20 goals set at the last biodiversity summit held in Japan has been fully achieved so far. As Andrew Terry noted, humanity has made absolutely no progress in slowing down the rate of extinction of species.

The UN predicts that current trends in ecosystem destruction and biodiversity loss will undermine 80 percent of the other Sustainable Development Goals – making it much harder for humanity to fight poverty and hunger, provide good health and access to clean water, build livable cities and resist the consequences of climate change.

These goals are already barely being met: more than a billion people on our planet live in extreme poverty, without running water in the house, without access to education and medicine, and natural disasters due to global warming have become more frequent – they destroy homes, undermine food safety and claim the lives of thousands of people.