(ORDO NEWS) — More than 40 earthquakes hit the Yellowstone Volcano in April amid widespread fears that a US supervolcano will one day explode without warning. But is the eruption of the Yellowstone volcano overdue and is it worth worrying?

Last month, the volcano was shaken by 43 earthquakes, which were accompanied by three eruptions of the world famous Steamer geyser.

The largest volcanic eruptions occurred approximately 640,000, 1.3 million and 2.1 million years ago, which leads people to mistakenly believe that Yellowstone erupts like a clock.

Scientists and volcanologists are doing their best to refute this claim, but social media is still full of unsubstantiated conspiracies and doomsday claims.

One person tweeted: “The supervolcano in Yellowstone is about to erupt very soon.”

Another person said, “I remember watching a movie about Yellowstone in my seventh grade science class and that it should erupt any year and just destroy the planet … I’m waiting.”

And the third person said: “There are more and more earthquakes in Yellowstone, which again can be the harbingers of an eruption. But for some reason, the monitors there do not work, which seems unlikely, given that this is a supervolcano and one of only five volcanoes, behind which the global monitoring of magmatic flows is underway.” 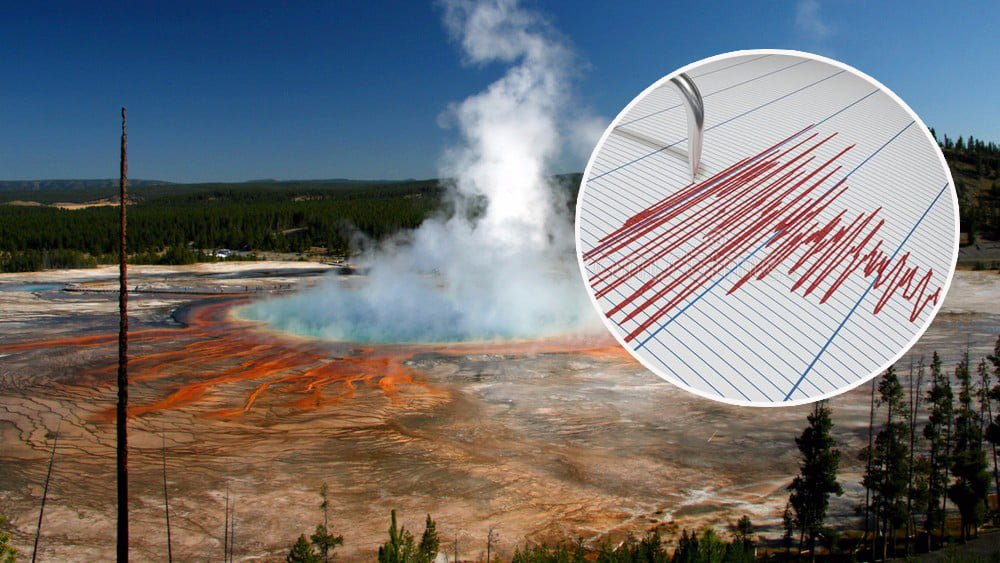 Fortunately, a volcanic eruption is not expected anytime soon, and the recent spike in activity should by no means be seen as a warning sign from Mother Nature.

According to the YVO branch of the United States Geological Survey (USGS), Yellowstone was shaken by 43 earthquakes throughout April.

The strongest of these was a minor magnitude 2.5 earthquake on April 27.

The earthquake was recorded about 15 miles northeast of West Yellowstone in Montana.

The US Geological Survey said: “There was no swarm activity in April. Quake activity in Yellowstone remains at the background level.”

For comparison, a total of 105 earthquakes were recorded in March, including a swarm of 12.

This is the norm for Yellowstone, where up to 3,000 earthquakes are recorded every month.

And none of them has yet been interpreted as a sign of an impending eruption.

The US Geological Survey said: “Signs of volcanic activity in Yellowstone are being monitored by YVO scientists who record earthquakes with seismographs and ground movement using GPS (Global Positioning System).

“YVO found no signs of activity indicating an imminent eruption.”

The US Geological Survey also recorded three eruptions of Steamboat Geyser, the tallest active geyser in the world.

Thus, the total number of eruptions for the year reached 10.

If the volcano begins to erupt again, scientists from the US Geological Survey suggest that it may not be a volcanic, but a hydrothermal eruption.

During a hydrothermal eruption, shallow reservoirs of steam and hot water can form craters up to a kilometer wide.