Interpreters of the words of Nostradamus claimed that about 500 years ago, a medieval prophet foresaw a terrible volcanic eruption.

And not just a volcanic eruption. Alleged prophecies , recorded by Nostradamus in his 1555 Les Prophéties, have led theorists to interpret and analyze what the French astrologer wrote down.

“… an earthquake that will particularly affect the western part of the New City, but will be felt throughout the globe.

Volcanic fire from the center of the earth…”

Researchers claim that Nostradamus foresaw a “volcanic fire”, an earthquake felt around the globe, occurring in a “new city”. This theory has been presented in the past and spread on the Internet.

Followers of Nostradamus believe that a French astrologer wrote down verses that mention “a strong earthquake that will especially affect the western part of the New City.”

It will be “felt in lands all over the globe” and there will also be “volcanic fire from the center of the earth” that will cause “an eruption around the new city”.

As for the location of the new city, it’s a mystery. However, the interpreters of the prophecies of Nostradamus claim that the New City is just a reference to the American continent, and not a real city.

According to the followers of the French astrologer, the poems of Nostradamus are most likely related to Yellowstone.

And if Yellowstone does erupt, sulfur dioxide emissions could kill nearly 90,000 people, making much of the US uninhabitable. 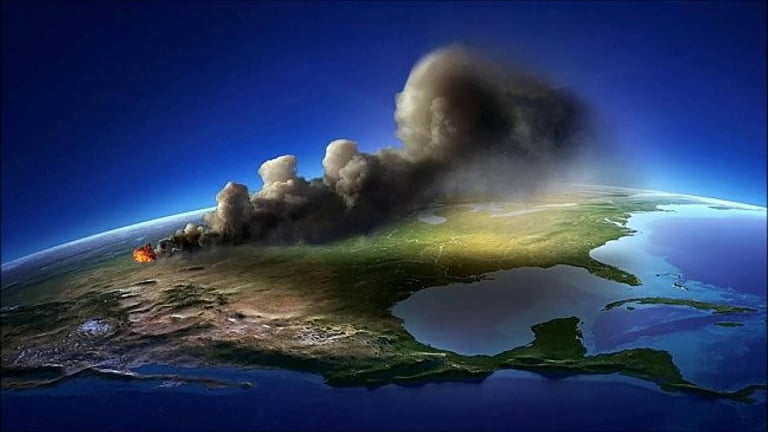 According to some scientists, in the event of the worst outcome, the volcano will immediately destroy all life within a radius of one hundred miles, then the devastation will cover the next five hundred kilometers in radius, and the dead zone will soon spread a thousand miles in all directions from the epicenter of the volcanic explosion.

All of North America will be covered with a huge layer of volcanic ash, which will lead to the destruction of flora and fauna on the continent.

People will have to breathe only through respirators, because dust will constantly hover in the air – tiny particles of glass that are deadly to our lungs.

Many people are convinced that he actually predicted countless events hundreds of years in advance.

Others say it’s just a play on words and that the French astrologer had no ability or way to see into the future.

Despite this, some researchers believe that he predicted the rise of Hitler, the landing of a man on the moon, and much more.