(ORDO NEWS) — From prehistory and Roman gladiatorial games to modern video games and wrestling, covert violence has remained constant. No wonder The Squid Game has become the most watched series of 2021 on Netflix. Just like the Roman bloodsport, this series is also designed around a sick craze. He shows death as the punishment for losing the game.

What fascinates about the ancient gladiatorial games is the richness and scale. The Romans built the Colosseum and used it to host the infamous blood sport. The Roman way to relieve boredom was to visit the Colosseum, where more than 60,000 spectators could watch a person being killed or killed.

So why did the Romans love death as a sport?

The gladiatorial games were a Roman blood sport played in the arena as a public spectacle. Professionally trained gladiators fought each other in the arena to the death.

The Games began as a funeral ritual to send the departing soul to another world with armed fighters. This explains the fact that the game ends in death, as blood donation was believed to please the spirits of the dead. Over the years it underwent a political shift and soon became part of the leisure of the living.

Julius Caesar honored the memory of his father by hosting gladiatorial games in which 320 pairs of gladiators participated. And then he arranged games when his daughter Julia died in childbirth – and this time Caesar even sacrificed his soldiers.

The Games soon turned into a demonstration of the power of the Roman emperors. Emperor Claudius ordered the throats of fallen gladiators to be cut. He wanted to look at the expression on their faces as they died.

Who were the gladiators?

Gladiators were professional fighters in ancient Rome who fought each other and even exotic animals in the arena to the death. Some were those who paid tribute to the gods in this way for their dead. Later, prisoners of war, slaves and criminals were forced to participate in the blood sport as in a public execution – you win and you will live.

Even free people, such as demobilized soldiers, social outcasts, and even women, became gladiators. Some fighters were seduced by the popularity and patronage of the rich. And how else can you relate to three meals a day and first-class medical care?

But why would a professional gladiator choose to die this way? The Romans were taught not to be afraid of death and, moreover, to choose the way in which they died.

The death rate in ancient Rome was high, so instead of perishing from starvation or disease, they preferred death as a gladiator. Victory in battle was a matter of great social prestige for both the upper and lower classes. Either way, it was considered a win-win situation.

How did death entertain the audience?

Watching gladiators lay down their lives in the bloodiest possible way was mass entertainment. Why? The lives of strangers did not matter to the Romans. Since most of them were either prisoners or criminals, they were hardly considered human.

Historians believe that Roman blood sports helped build camaraderie among the people. At the same time, brutal killings helped instill fear in people who never dared to go against the Emperor anyway. It also gave some level of power to the spectators, who signaled with thumb gestures whether the wounded gladiator should be spared or not.

According to research, watching sports can be a super-psychological moment. This is about the release of adrenaline not only for athletes, but also for spectators. Fans often individually identify with an athlete or team. And being part of a big excited group is even more emotional. The victory or defeat of athletes in the arena is associated with the excitement of the audience.

Why did the Romans enjoy such a cruel game?

Many Roman emperors were prone to violence. Emperor Caligula sentenced to death gladiators whom he envied. The emperor Commodus (also known as Lucius Verus), who was also once a gladiator, tied up people who had lost their legs in the arena, forming one giant snake likeness from their bodies, and shot them with a bow for entertainment.

The organization of the gladiator fight was a demonstration of wealth and success for the Roman emperors. Emperor Titus brought 5,000 wild animals to kill them on the opening day of the Colosseum in 80 AD. Titus also engaged in comic duels, choosing physically disabled respectable citizens to amuse themselves.

Aggression is important in maintaining the cycle of dominance and submission. All species are aggressive, which helps them maintain their territory and obtain limited resources from the environment. Society accepts aggression as long as it is ritualized.

So why did the Romans enjoy death as a sport? The answer lies in the complex interplay of power, camaraderie, high mortality, prestige, and social order. And in modern sports, although perhaps not to the same extent as in gladiatorial games, one can also find a glimpse of aggression.

What’s interesting about aggression in sports is its predictability. The element of predictability or the strictly limited degree of violence in sport makes it tolerable for society.

A football player cannot hit an opponent, otherwise the referee will show him a red card. There are certain predictable rules that will not lead us to anarchy. The gladiator will kill his opponent only according to the rules and only within the arena. Sports are generally accepted aggression. 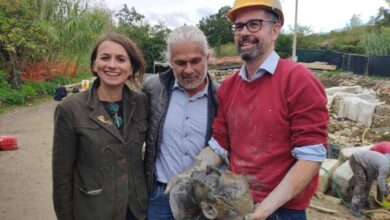