(ORDO NEWS) — In the vicinity of the city of Imotski in southern Croatia, there is a freshwater Blue Lake, lying in a karst funnel, presumably left over from a destroyed underground cave.

During the melting of snow, the water in the lake rises, and then leaves. But in the fall of 2020, strange events began to happen here.

When the water level dropped, a mysterious pattern became visible at the bottom of the lake. It resembles an image of two star systems with planets, one of which, it seems, is ours, the Solar.

Even Jupiter and Saturn, which were in conjunction in December of the year before last, are visible. A straight line passes through both systems. Perhaps this indicates their opposition or some kind of connection between them?

Also in the picture there is a massive object, which may be the notorious planet Nibiru, according to conspiracy theorists, approaching the Earth.

Among the versions of the origin of the drawing is its creation by aliens, representatives of a civilization from another dimension, who arrived here through a portal at the bottom of the lake, and, finally, a hoax arranged by some pranksters.

Of course, ufologists, parapsychologists and psychics of all stripes immediately arranged a pilgrimage to the Blue Lake area, who intended to investigate the mysterious pictograms. What ended these “research” – is unknown.

Message from the Sumerians

Another similar “message” was found in the south of Kazakhstan, 5 kilometers from Taraz, where the Silk Road once passed. In these parts, during excavations, the ruins of medieval mosques, Nestorian temples, Buddhist and Manichaean sanctuaries are found. 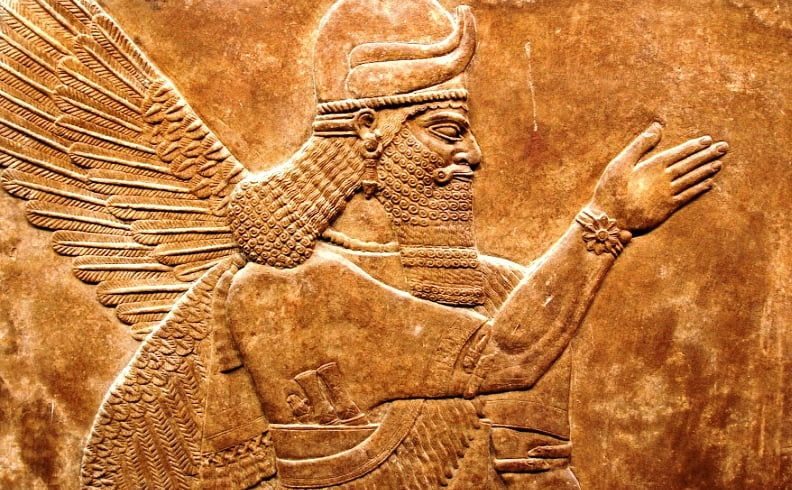 A geoglyph with a diameter of about 200 meters was found by a local resident, who at first mistook it for Turkic runes. But later it turned out that this is something more complex: there are elements of ideograms there: this is when a drawing means a certain letter or syllable.

This is characteristic of both ancient Egyptian hieroglyphs and Sumerian cuneiform. By the way, there is a version that the Sumerians were the ancestors of the Turks…

Do we know the history of the Earth?

But is it worth immediately attracting some mystical versions to explain the origin of such images?

As for the drawings on the bottom of the reservoirs, yes, it seems very mysterious, but at the same time there is a completely rational explanation for this. Many of the existing rivers, lakes and even seas on Earth did not appear immediately.

You need to study the history of the lake and find out which tribes used to live in this place. Perhaps the drawings were made in ancient times, when there was no lake here yet. And after many centuries, the water washed away the layers, and the images became visible …

In fact, we still do not know much about the history of our planet and about the civilizations that lived on it. After all, we are forced to restore this information from individual details, say, the results of excavations.

And often the conclusions of historians and archaeologists are erroneous. Probably not worth “getting stuck” on a single theory. We must always be ready to make new discoveries and change our worldview.