(ORDO NEWS) — Earth is a kind of experimental reserve or farm owned by aliens who control the development of mankind, goes a controversial theory that has a surprisingly large number of supporters.

So who are the real masters of the Earth? And what are their plans for Homo sapiens?

Charles H. Fort (1874-1932) – American writer and journalist, collector of stories about strange and inexplicable events, recognized that there are many signs that people are under the care of other, much more powerful beings:

“I think that we are someone’s property, we belong to someone. Once, when the Earth was still a draw, representatives of other worlds explored it and colonized it, and even fought for it among themselves, from “why she is now in someone’s possession,” he wrote in The Book of the Damned (1919 edition).

What exactly did he mean? According to Fort, supernatural phenomena show that we still know relatively little about the world around us, and some cases (for example, encounters with strange creatures and vehicles) suggest that another intelligent race lives on Earth besides humans.

These “someones” do not come into direct contact with Homo sapiens, considering the existence of our species a “necessary evil”. Why?

“Suppose we can civilize geese, piglets, cattle, etc. Will we then establish diplomatic relations with chickens who are proud of their heritage?” Fort explained.

Simply put, the aliens (or some of the real “masters of the Earth”) carry out their plan on “our planet” without caring about the people who sometimes see them.

However, the most interesting thing is that Fort did not know the terms “UFO” or “flying saucer”, since people began to talk about unidentified flying objects only a dozen years after his death.

However, based on the information he collected, he came to the conclusion that there are forces operating on our earth for which we are not partners in conversation, but something like pests or guinea pigs. 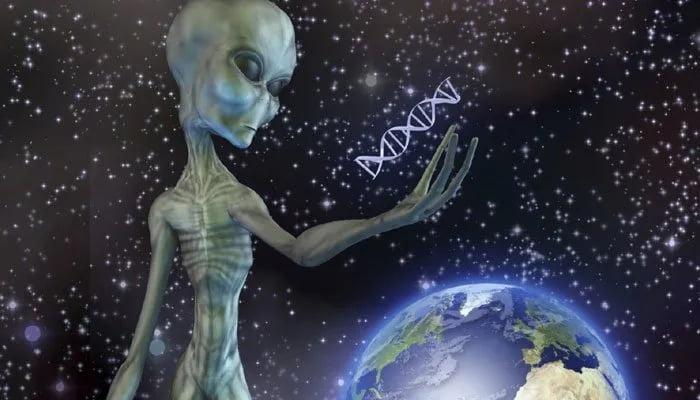 A supporter of Fort’s theory and its successor (albeit in a slightly modified form) is the Spanish former Jesuit Salvador Freicedo (1923) – an extremely colorful and controversial figure. Born into a religious family, he, like his brother and sister, decided to devote his life to serving God.

During his ministry in Latin America, he faced enormous social inequalities and abuses within the Church, for which he was imprisoned in Venezuela for criticizing.

After leaving the order, in the 70s, Fracedo pursued his second passion – UFOs and supernatural phenomena, about which he collected a “ton” of information, demonstrating that both aliens and aliens from parallel realities, standing on the ladder of evolution above man , see the Earth as a field for experimentation and obtaining all sorts of benefits , “he argued in his most famous book,” The Human Farm. Invisible Masters of the Earth” (ed. 1988).

“Our world is like a big city. For example, there is a sky where birds fly. Then there are rooftops where cats move. Below are streets where people live side by side, dogs and so on.

When we consider them as different levels of being, we find that there is a vast world of pipes and wells that also have their inhabitants.

Sometimes creatures move from one level to another, but it is difficult for a rat to understand why a person descends into a well,” wrote Fracedo, explaining that he was as surprised as a rat, because people meet earthlings of a “higher order”.

What do these creatures want from us? According to Fracedo, they have very different goals and approaches to the person. It seems to some that a big sociological project called “humanity” is taking place on Earth, in which THEY control the development of Homo sapiens and are responsible for the creation of religions, which the former Jesuit recognized as “the opium of the people”:

“ETs have created religions for humans to control our thinking. For this purpose, special people have been used for thousands of years (founding prophets of great religions).

Each of the religions seems to have a specific purpose, although we do not know what it is in the overall plan. Most likely, this is due to the mental, social and emotional mood that each of them creates,” he writes.

The purpose of these “manipulations” is not completely clear, although, perhaps, using the “divide and conquer” principle, the real masters of the Earth make sure that Homo sapiens does not reach a higher level of development and does not violate their plans, which may be related, for example , with the colonization of the Blue Planet.

“The earth is a farm,” wrote Fracedo of our situation. “It’s like a rationally managed animal farm. It’s the hard truth and it won’t change anything. It’s hard for animals to rebel against breeders because they’re smarter and can predict their behavior.

And because the farm is managed wisely, the animals feed on ideology to prevent them from revolting. But this is not enough. It is necessary to come up with such a set of moral values ​​that people, in their opinion, are constantly busy with conflicts and struggle among themselves,” he concluded. 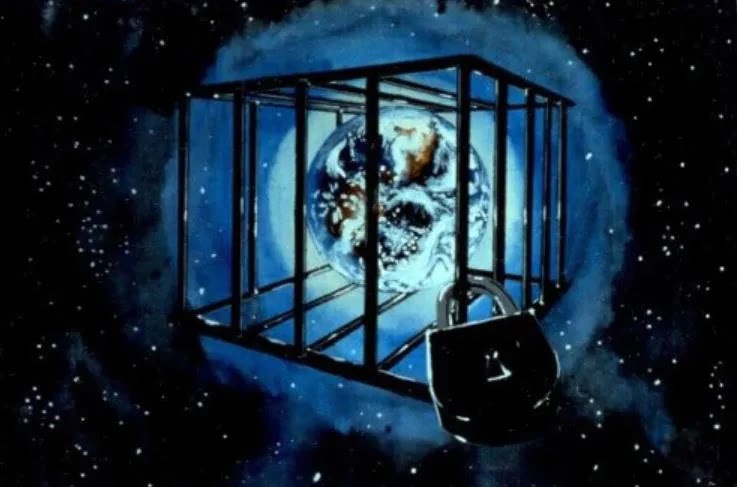 The views of Fort and Fricedo sound like science fiction, but be aware that the hypothesis that humanity is a “colony” observed or controlled by alien intelligence has also been accepted by scientists.

One of them was the American astronomer John A. Ball, who in the 70s, in search of a solution to the Fermi paradox, came to the conclusion that aliens can consider the Earth as a big reserve and watch us.

“It is possible that alien civilizations are interested in us. Their scientists can study us. Perhaps we even seem curious to them… Therefore, aliens can calmly watch us, but not interfere.” This is the zoo hypothesis,” Ball explained.

A different approach to the issue of “humanity’s overseers” is held by supporters of the hypothesis that considers the Universe as a super-task of a computer simulation created by beings from a parallel universe.

The discussion of this topic was resurrected a few years ago by the physicist Silas Bean, who argued that it was hypothetically possible to determine whether we are the inhabitants of an alien computer (although this is currently beyond our technical capabilities).

Merrill Lynch analysts also elicited a lot of comments, according to which the probability that we live in a simulation is 20-50%.

“A simulated world in which self-sufficient beings live,” writes futurist and one of the creators of the mentioned hypothesis, Professor Hans Moravec.

“It (the world) can exist as a program on a computer that silently processes data in some dark corner, without revealing any information about the pains and joys, successes and disappointments of the person inside.”

“In a simulation, events occur in accordance with the given logic of the program, which determines the laws of physics that dominate it.

The inhabitant of the simulation, through careful experimentation and deduction, can come to the conclusion what some of these laws are, but will never know about the existence of the simulation itself”, he added.

Who can be the creators of space simulators and why do people need them? And are they responsible for the mystery of the “anthropic principle” which says that fundamental physical constants have been “tuned” to allow life to exist in the form we know?

However, we cannot say anything definite about the cosmic demiurges – gods-programmers who developed our reality.

According to scientists, these may be creatures from a parallel universe or, as the philosopher Nick Busström admits, our descendants from a very distant future, who, having computers with enormous computing power, could create a simulation of the life of their ancestors, starting their history anew as part of an experiment, the scale of which is difficult to understand for us, but not for those creatures who have been developing computer technology for several thousand years.

So, are we really someone’s property in some form or another? And is a project in which we play a secondary role really being implemented?

Physicist developed a theory that explains all the processes on Earth

Another wave of geomagnetic storm hit the Earth

Physicist developed a theory that explains all the processes on Earth

Another wave of geomagnetic storm hit the Earth