(ORDO NEWS) — A new study has found that great white sharks appear to have contributed to the extinction of megalodons, the superpredators of the Miocene and Pliocene.

Scientists from the Max Planck Institute for Evolutionary Anthropology (Leipzig, Germany), William Paterson University (New Jersey, USA) and De Paul University (Chicago, USA) came to the conclusion that megalodon is a super predator that lived on the planet, according to various estimates, about 2 ,6-23 million years ago – could not cope with the competition for food resources with the great white shark and therefore eventually became extinct.

One of the biggest challenges in paleobiology is reconstructing the ecological niches and trophic levels of ancient species. Diet plays an important role in the evolution and extinction of each of them, but it is not an easy task to determine exactly what an animal that has not inhabited the Earth for a long time has eaten.

To deal with it, scientists have to rely on anatomical and taphonomic data, such as fossilized stomach contents, bite marks, or the composition of feces.

The authors of the new work described and applied a method that, with the help of zinc isotopes – varieties of atoms (and nuclei) of a chemical element that have a different content of neutrons in the nucleus – helps to recognize the diet of a creature from its fossil remains.

Why Zinc? The fact is that this mineral is part of the enamel of the teeth during their formation, before eruption, and then its concentration on the surface of the teeth increases even more. That is, zinc can be used as an indirect marker to understand what the animal ate and what place it occupied in the food (trophic) chain.

After comparing the zinc isotope values ​​of the megalodon and the great white shark ( Carcharodon carcharias ), it turned out that in the early Pliocene (about three to five million years ago) their trophic levels “overlapped”: therefore, these two species most likely competed for one and the same food resources such as marine mammals, including cetaceans.

“The extinction of Otodus megalodon could be driven by multiple and complex factors, including climate change, declining prey populations, and resource competition with Carcharodon carcharias, and possibly other groups that we haven’t considered (such as toothed whales).

The results of the work point to likely changes in trophic levels as we found evidence of a “decrease” in the positions of both O. Chubutensis and O. megalodon in the Atlantic food chain and, on the contrary, C. carcharias has been moving along it since the early Pliocene,” the researchers said. 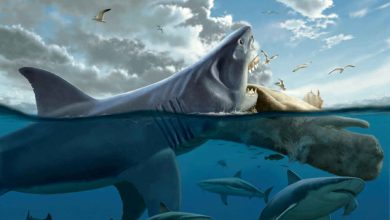 Giant megalodons even fed on other predators 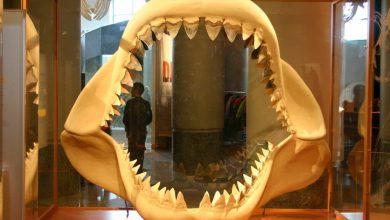