(ORDO NEWS) — The great white sharks Carcharodon carcharias have found a weakness: formidable ocean predators, it turns out, do not like to be completely alone and make friends when they prowl the oceans in search of large prey. An article about this was published in the journal Biology Letters.

Crossing the oceans alone and seemingly out of nowhere to attack a new prey, great white sharks are considered one of the most feared predators in the world. But now it turns out that they willingly make “friendships” in any case, they stick together for a long time with a certain relative while patrolling the hunting grounds.

The social life of sharks was studied by researchers from Florida, who observed the habits of six superpredators off the Mexican coast – three males and three females. It turned out that sharks tend to stay in pairs during the search for prey, and with individuals of the same sex.

It is possible, however, that behind this there are not sentimental feelings at all, but attempts to learn from someone else’s success in hunting. So, sharks preferred to unite before visiting the seal colonies off the island of Guadalupe,

“Studying the social dynamics of large marine predators in the wild is challenging,” says lead author Yannis Papastamatiou of Florida International University. “We installed biological sensors on white sharks off the coast of Mexico to monitor their behavior and time spent with other sharks we selected in the same way.

It turned out that they can form very stable associations that do not break up for at least a few days. However, there were a lot of nuances in how certain sharks behaved in this case. And usually they stayed close to other individuals for a long time if they managed to overcome especially large prey.

Devices attached to sharks were equipped with video cameras and a set of sensors that tracked everything that happened to predators: they measured the acceleration experienced by those, depth, direction of movement, and even how quickly the shark turned while swimming.

It turned out, among other things, that different white sharks had a variety of hunting tactics: some preferred to look for prey in shallow water, while others immediately rushed to the depth.

There were sharks that were most active during the day, others hunted exclusively at night. It is logical that with such a variety of hunting tactics, it is very useful for sharks to learn from someone else’s example. 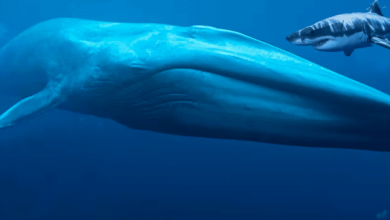