(ORDO NEWS) — The Biden administration officially supports the extension of the life of the International Space Station until the end of the decade, which is not surprising and does not address the question of how to get all the partners of the station, in particular Russia, to agree on the future of the station.

In a statement posted on NASA’s blog on the ISS on December 31, the agency said the White House has agreed to extend the operation of the ISS until 2030. Federal law, last revised in 2015 with the passage of the Commercial Space Launch Competitiveness Act, required the US to operate the station until at least 2024.

“I am delighted that the Biden-Harris administration is committed to continuing to operate the station until 2030,” NASA Administrator Bill Nelson said in a statement.

“The continued participation of the United States on the ISS will enhance innovation and competitiveness, as well as advance the research and technology required to send the first woman and first person of color to the moon to the moon under NASA’s Artemis program, and will pave the way for sending the first humans to Mars. ”

While the form and timing of the announcement is a blog post and not an official press release issued on New Year’s Eve – the decision to extend the ISS’s life was not unexpected. NASA has made it clear that its long-term plan is to operate the ISS until the end of the decade, allowing enough time for commercial stations to come online in the late 2020s and ensuring a smooth transition from the ISS to these commercial facilities.

One decision of the White House is not enough to continue the operation of the ISS until the end of the decade. NASA said it will work with the station’s partners – Canada, Europe, Japan and Russia – “to ensure that ground-breaking research at this unique orbiting laboratory continues until the end of this decade.”

One partner has already signaled his readiness to continue working on the ISS. “I welcome this announcement and will submit to Member States a proposal that esa also continue to operate until 2030,” Joseph Aschbacher, CEO of the European Space Agency, tweeted shortly after NASA released its announcement.

The bigger problem, however, will be to keep Russia in partnership with the ISS. Russian officials have expressed doubts about both the technical ability of the ISS to function until the end of the decade, given the problems with the Russian segment of the station, and the desire to create a Russian national space station.

“The current agreement is that we will continue to operate it until 2024. She, of course, can continue to fly after 2024, but each next year will be fraught with great difficulties,” said the head of Roskosmos Dmitry Rogozin during a press conference. conference at the International Astronautical Congress in Dubai on 25 October. This difficulty, he said, was an increase in the number of technical failures and malfunctions.

Geopolitics will also be a factor in Russia’s future participation in the ISS, especially given concerns in recent weeks that Russia will try to invade Ukraine. The station was unaffected by sanctions following the reunification of Crimea with Russia and the alleged invasion of eastern Ukraine in 2014, but after a December 7 telephone conversation between President Joe Biden and Russian President Vladimir Putin, US officials said that “what we are not did in 2014, we are ready to do now. ”

Biden and Putin spoke again on December 30. In the call, the Kremlin said that Putin had told Biden that any new sanctions against Russia would be “a grave mistake for the states” and would be fraught with “a complete rupture of Russian-American relations.”

Do authorities hide the existence of UFOs?

Do authorities hide the existence of UFOs? 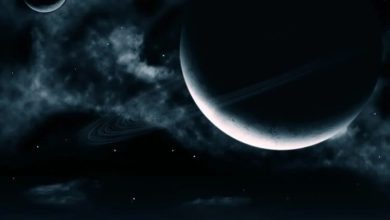