(ORDO NEWS) — There are several very interesting hypotheses about why for more than a century no one has been able to find the crater of the mysterious Tunguska meteorite. Let’s talk about the most truthful and curious of them.

In the early morning of June 30, 1908, an object landed in Siberia with a monstrous roar. As a result, 2150 square kilometers of forest (that’s about 80 million trees) turned into piles of burnt chips and debris.

Eyewitness accounts describe a shining ball that caused windows to break in houses and plaster to crumble. Researchers later characterized the event as a 30 megaton meteor explosion at an altitude of 10 to 15 kilometers.

Although the crater itself has never been discovered, the search for fragments of ore of meteorite origin continues to this day. And here are some hypotheses about the origin of the Tunguska meteorite and facts that can confirm them.

The Tunguska meteorite could be a trace of a large asteroid

An asteroid does not have to enter the Earth‘s atmosphere to create a clear effect. A large object, composed primarily of iron, entering the Earth’s atmosphere at a slight angle and then disappearing into space again, could just have produced such a destructive effect without leaving any traces. This is how the place of the fall of the Tunguska meteorite looks like today, around which many are still building hypotheses

“We studied the conditions for the passage of asteroids with a diameter of 200, 100 and 50 meters, consisting of three types of materials – iron, stone and water ice, through the Earth’s atmosphere with a minimum trajectory height in the range from 10 to 15 kilometers,” say the authors of this theory and in particular astronomer Daniil Khrennikov from the Siberian Federal University.

The obtained results confirmed our idea explaining one of the long-standing problems of astronomy – the Tunguska phenomenon, which has not yet received reasonable and comprehensive interpretations. We contend that the Tunguska incident was caused by an iron asteroid that passed through the Earth’s atmosphere and returned to orbit around the Sun.”

The very first hypothesis of the Tunguska meteorite suggested that this object could consist of ice, like a comet. Initially, it seemed that this hypothesis sort of explains everything – both the trace from the fall and the absence of fragments, because the water has melted.

The heat generated by friction against the atmosphere at such a speed would have completely melted the icy body on approach. A stone meteor is also highly likely to break into pieces due to the increase in pressure when air enters the inside of the flying body through microcracks. Only iron meteors are stable enough to keep their integrity. The hypothesis that the Tunguska meteorite could be an icy body turned out to be incorrect. The comet would melt into the atmosphere

That is why scientists believe that the most likely hypothesis of the Tunguska meteorite is an iron body from 100 to 200 meters across, which flew 3,000 kilometers through the atmosphere. With such characteristics, its speed was supposed to be 7 m / s, and the flight height – 11 kilometers.

This model explains several characteristics of the Tunguska phenomenon at once. The absence of an impact crater is due to the fact that the meteor simply did not fall to Earth. The lack of iron debris is also attributed to the high speed, as the object would be moving too fast and would be too hot to lose matter.

The researchers said that any mass loss could be caused by the sublimation of individual iron atoms, which would look exactly like ordinary terrestrial oxides – so they could not be isolated from the soil.

But there are several more hypotheses about the origin of the Tunguska meteorite.

Perhaps this is the most fantastic and beloved by the citizens of Russia hypothesis of the origin of the Tunguska meteorite. She first appeared in an issue of Vokrug Sveta magazine in 1946. But things did not move further than a hypothesis, but this assumption is easily the basis of several science fiction works.

Of course, no mysterious space race has crashed into the ground and created such footprints. The hypothesis of the Tunguska meteorite, which could be an alien spacecraft, is just an assumption, which then became overgrown with a lot of fiction.

In the last century, many relied on antimatter – it seemed to be the Holy Grail of the energy of the future, because annihilation can allow you to get the maximum amount of energy from a unit mass.

In fact, of course, obtaining antimatter in the right quantities proved to be incredibly difficult. Until now, this matter remains the rarest and most expensive on Earth – today, physicists have not been able to obtain even 1 gram of antimatter. The crater from the Tunguska meteorite could have been formed during the passage of a celestial body through the Earth’s atmosphere. The meteorite itself did not fall, but the destruction was caused by a shock wave from it

However, little was known about this in the last century, and in 1948 an article by Lincoln La Paz appeared in the Popular Astronomy magazine, who suggested that the Tunguska anomaly could have arisen due to an explosion of antimatter.

But where can antimatter come from in the Siberian wilderness? Clearly, this is an antimatter comet that has fallen to Earth! Such a hypothesis about the Tunguska meteorite was put forward in 1965, but now it seems ridiculous, because such a comet could easily destroy half the Earth! 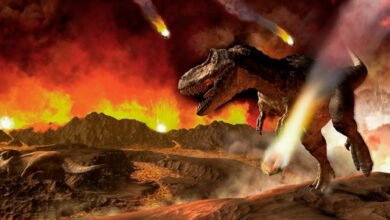 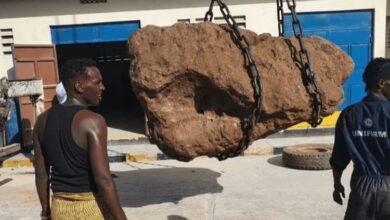 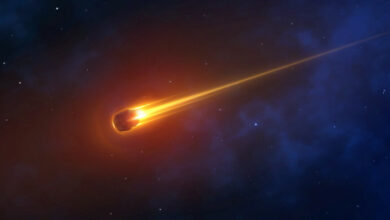 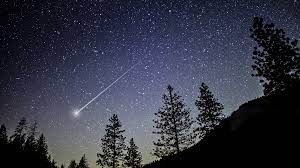