(ORDO NEWS) — Some times ago, many children collected postage stamps, and in the early 2000s collected chewing gum liners. These times have passed, so people’s hobbies have become more serious – this is difficult to verify, but at the moment there are more than 40 thousand meteorite collectors in the world. High interest in meteorites is associated with their extraterrestrial origin, because who would not want to have a beautiful pebble that flew from space?

Prices for meteorites can reach several million dollars, so some people are searching for them for subsequent sale. And there are a lot of people who want to buy them: collectors, scientists, museum managers and jewelry manufacturers. And now, the most interesting thing is that you can find a meteorite anywhere in the world, even in the yard. But where and how are they easiest to find, recognize and sell? In fact.

A meteorite is a space object that has fallen to the surface of the Earth. They differ from asteroids in size – the size of meteorites does not exceed 30 meters, while the diameter of asteroids can reach several kilometers.

Where to look for meteorites?

According to scientists, every year about 2 thousand tons of meteorites fall on the surface of our planet. Most of them are drowning in the oceans and disappearing in the mountains, so space-seekers have to search in open and accessible areas. Usually, the facts of meteorite falls are quickly recorded by scientists – the Institute of the Moon and Planets Institute (Texas) even created a register of all meteorites that fell on our planet. Cosmic rock hunters are always aware of the approximate places of their falls and quickly go out in search. 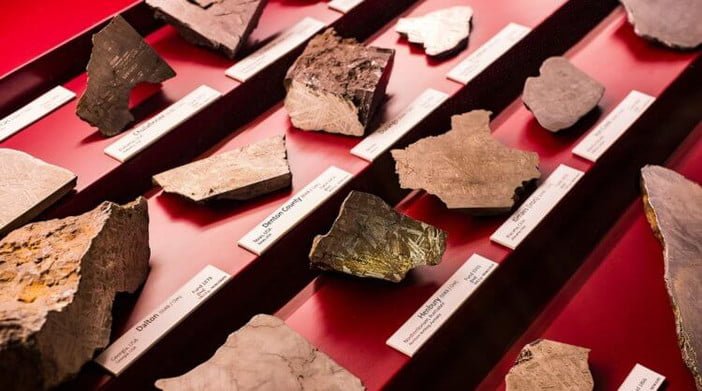 Experienced meteorite seekers prefer to conduct searches on rocky sections of deserts or other areas with a light surface – against the background of such land, black pebbles are most noticeable. Often, meteorite hunters go to Egypt, Morocco, Iran and other warm countries. Space objects can be found on the territory of Nigeria, but seekers do not risk popping in – there is a very high crime rate. In theory, meteorites are easy to find on snowy Antarctica, but ordinary collectors can’t get there.

In sandy desert regions, forests, and fields, looking for meteorites is futile. The fact is that wind and sand can grind the surface of a space object for thousands of years and it can simply disappear. Of course, this rule does not apply to recently fallen meteorites – in a short time they will not disappear anywhere. Although, when it comes to swampy areas, even recently fallen stone can go underground in a few minutes. Try to find. 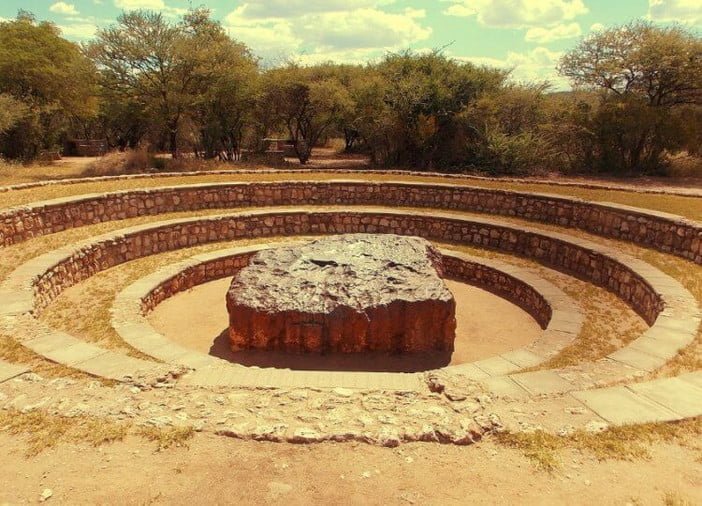 In their work, meteorite seekers are actively using various equipment. The simplest tool is a staff with a magnet at the end. Since most meteorites necessarily include iron, such an instrument attracts 97% of valuable stones. Before sending meteorites in search, the searchers carefully select comfortable shoes, comfortable clothes and take food and water with them – the search may well take several days. A meteorite can be recognized by the presence of a black crust, traces of melting, metal particles and an unusual pattern on the cut. Experienced collectors claim that they can by eye determine the location of the museum meteorite and even determine its name.

The cost of a meteorite directly depends on its size, appearance, age and variety. Large stones are valued more, because they can be split into pieces and jewelry can be made. Some stones have an unusual shape, and inside others there are interspersed with crystals of beautiful minerals – such objects are valued more than those that look like ordinary stones. The age of the meteorite also affects the price of a meteorite, so a “fresh” stone means it is more expensive than objects several thousand years old. 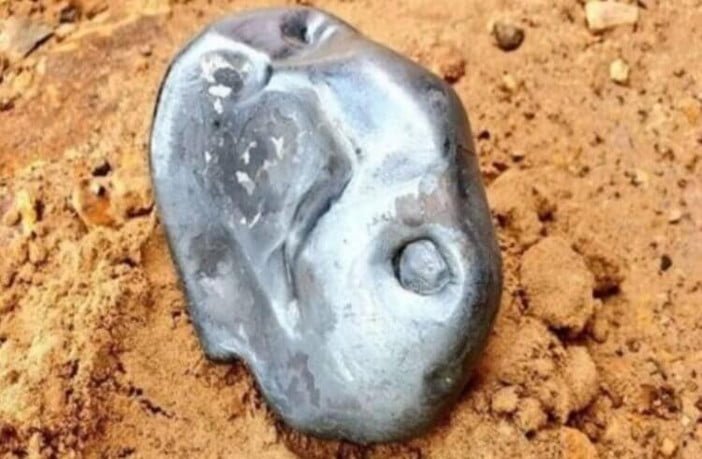 But a decisive role in the formation of the price of a meteorite is played by its variety. Meteorites are divided into three classes, which differ from each other in composition.

Meteorites are sold by weight. The cost of a gram of stone meteorite can be even 10 rubles. But particles of iron meteorites can cost several thousand dollars. Sometimes fragments of the surface of the Moon and Mars fall on our planet, which are formed after other meteorites fall on them – the surfaces of other planets fly around the cosmos and sometimes reach us. A gram of Martian soil can be $ 1,000 or more.

The most expensive meteorite

One of the most expensive meteorites in the world is Fukang, which was found in China in 2000. Its high cost is due to external beauty – it is literally strewn with particles of the olivine mineral. At the time of discovery, the cosmic stone weighed 419.57 kilograms and was estimated at $ 2 million. There were no people who wanted to buy the meteorite, so they sawed it and started selling it in parts. Ornaments were made from most parts of the meteorite, and one fragment weighing 31 kilograms is stored in the Museum of Natural History (USA).

Many people made good money from the fragments of the Chelyabinsk meteorite. He fell on February 15, 2013 and, with his blast wave, broke the glass of many houses. 1,612 people suffered from cuts caused by broken glass – some of them also complained of hearing problems. The largest piece of the Chelyabinsk meteorite fell into Lake Chebarkul and while it flew its 60 kilometers, its fragments scattered within a radius of 30 kilometers.

Meteorite seeker Alexei Vinogradov 10 days after the incident was able to find about 3 kilograms of meteorite fragments – after selling them, he was able to buy himself an SUV and a snowmobile. It turns out that the search for meteorites can bring a lot of money. 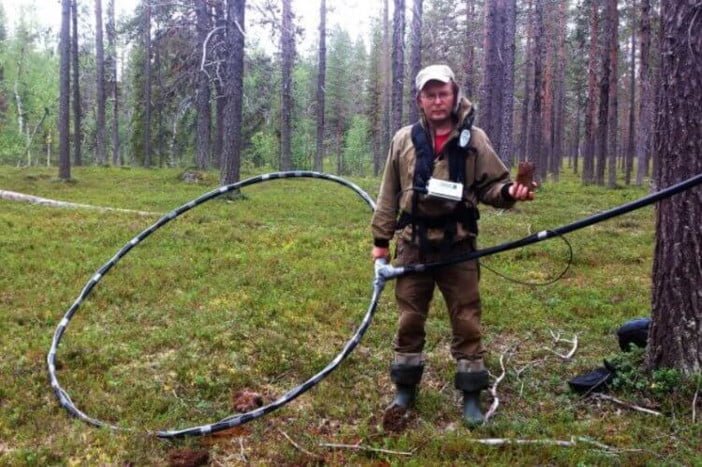 An interesting fact: not only the cosmic stones themselves are of great value, but also the objects on which they fell. In October 1992, a meteorite fell on a $ 400 Chevrolet car – after this event, it was bought by collectors for $ 10,000.

Where to buy a meteorite?

Meteorites are sold both in pure form and in the form of various decorations. In the United States, rare meteorites are actively auctioned at Christie’s – in 2018, a 30-kilogram fragment of a meteorite was exposed there, which fell on our planet about 50 thousand years ago. Yes, this is far from a “fresh” stone, but its shape resembles a sculpture by British artist Henry Moore – the high cost was due to the unusual kind of stone. The stone was sold for a record 237.5 thousand dollars. 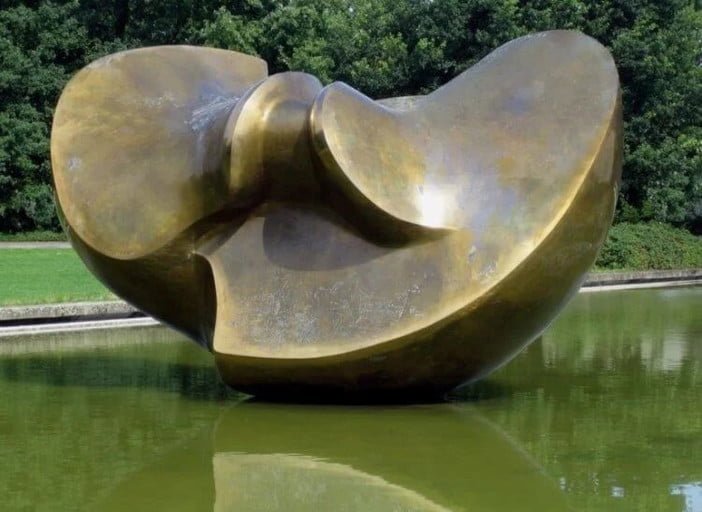 In Russia, you can buy a meteorite in special stores where they are sold both in pure form and in the form of jewelry. The price of cosmic stones is very different and can be as much as 500 rubles, or several thousand dollars – it all depends on the type, age and size. Also, a bunch of ads for the sale of meteorites can be found on sites like Avito and special groups on social networks, but there is a great risk of running into a fake.

Another interesting fact: on Avito, in total, meteorites worth more than 5.5 million rubles were sold. Most transactions were completed in 2013, after a meteorite in Chelyabinsk.

Is this a meteorite or not?

Some meteorite sellers put up for sale ordinary stones, and sometimes they themselves are not even aware of it. The authenticity of a meteorite can only be checked in laboratory conditions, but this procedure costs a lot of money. Sometimes sellers are so sure of authenticity that they ask customers to pay for the verification themselves – they say, if the meteorite turns out to be an ordinary stone, they will return the money to them. Sometimes this works, meteorites really turn out to be real and receive a confirmation certificate. 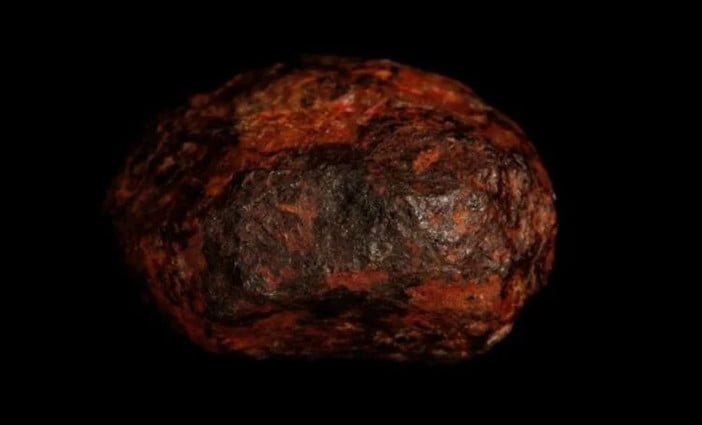 You can verify the authenticity of a meteorite by sending it with a parcel to the Institute of Geochemistry and Analytical Chemistry of the Russian Academy of Sciences. It is necessary to write in the letter exactly where the object was found, whether the moment of the fall was noticed and what properties it possesses. Researchers will inform about the result and, if the meteorite is verified, will offer to issue a certificate for it. In exchange, they ask for at least 20% of the total volume of the sample found. It seems to be all true.

If you buy a meteorite in another country or find and keep it at home, you can pick up problems. The fact is that in some states, discovered meteorites are considered a national treasure and can only be stored in museums. If you find a meteorite in Australia and not tell the authorities about it, you can get behind bars for as long as 5 years. In India, there are not such strict rules, but if a meteorite is discovered at someone’s house, the state will simply pick it up and pay nothing. In Denmark or Switzerland, meteorites are also taken, but at least to reimburse their cost – this is not so offensive.

In the UK and Canada, storage and sale of meteorites is allowed, but they cannot be exported from the country. In the United States, the sale of space objects is most developed, therefore, when buying a meteorite at an auction, a person receives permission to export it to other countries. It’s better not to try to bring the meteorite through customs without an authorization document – even a small pebble can cause big problems.

In Russia, there are no special restrictions on the storage and sale of meteorites. But it is always worth remembering that the found space objects are considered cultural values ​​and permission is still required for export to another country. In some cases, the sellers themselves help with the preparation of such a document – of course, if they are professionals in their field.

Scientists can regenerate their own retina

First flight of the Ingenuity helicopter on Mars – On-line translation

Scientists can regenerate their own retina

First flight of the Ingenuity helicopter on Mars – On-line translation