(ORDO NEWS) — The massive eruption from the underwater Tonga volcano in the Pacific earlier this year generated a blast so powerful, it sent massive pressure waves rippling through the atmosphere and around the globe.

These waves were the fastest ever observed within our atmosphere, reaching speeds of 720 miles (1,158 kilometers) per hour, a new study finds.

“This was a genuinely huge explosion, and truly unique in terms of what’s been observed by science to date,” study lead author Corwin Wright, a Royal Society University Research Fellow based at the Centre for Space, Atmospheric and Oceanic Science at the University of Bath in the UK, said in a statement.

The atmospheric waves triggered by the volcano traveled at unprecedented speeds, “very close to the theoretical limit”, he said.

Wright and his colleagues published their findings Thursday (June 30) in the journal Nature.

The volcano – known as Hunga Tonga-Hunga Ha’apai, or just Hunga – lies about 40 miles (65 kilometers) northwest of the Tongan capital of Nuku’alofa and sits within a line of volcanoes called the Tonga-Kermadec volcanic arc.

On 15 Jan., Hunga erupted and sent a towering plume of gas and particles billowing into the mesosphere, the third layer of the atmosphere above Earth‘s surface.

The plume reached 36 miles (58 km) tall at its highest point, making it the largest volcanic plume in the satellite record.

Various ground-based and spaceborne monitoring systems recorded the eruption as it unfolded, and following the event, scientists around the world immediately began sifting through this wealth of data.

One research team found that the atmospheric waves produced by Hunga rivaled those produced by the 1883 Krakatau eruption in Indonesia, one of the most destructive volcanic eruptions in recorded history.

The waves produced by both volcanoes were similar in that they reached similar amplitudes and lapped the planet the same number of times: four times in one direction and three times in the other.

Another research team found that the Hunga eruption sent ripples racing across the ocean, producing tiny, fast-traveling meteotsunamis  meaning a series of waves driven by air-pressure disturbances that appeared in the Pacific Ocean, Atlantic Ocean, and Mediterranean Sea.

And high above the Earth’s surface, beyond the so-called Karman line that marks the edge of space about 62 miles (100 km) above our planet, shockwaves triggered by the eruption stirred up powerful winds with speeds of up to 450 mph (720 kph), Space.com reported.

Now, using similar satellite data and ground-level observations, Wright and his coauthors have confirmed that the Hunga eruption was among the most explosive volcanic events in modern history.

Their results suggest that the atmospheric waves produced by the volcano lapped Earth at least six times and reached speeds up to 1,050 feet (320 meters) per second.

“The eruption was an amazing natural experiment,” Wright said. “The data we’ve been able to gather on it will enhance our understanding of our atmosphere and will help us improve our weather and climate models.” 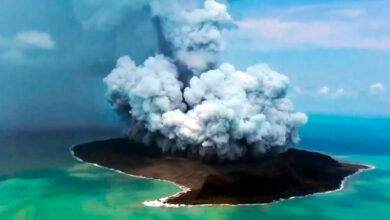 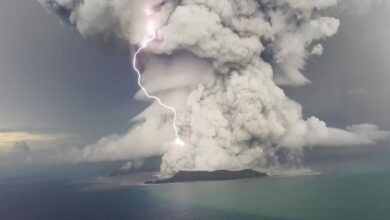 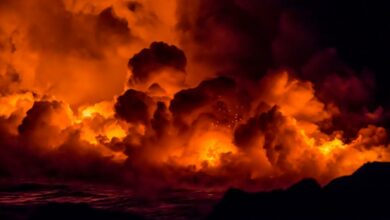 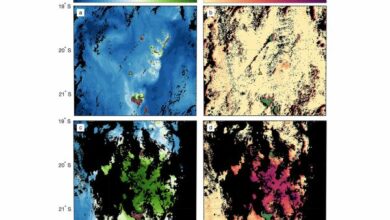 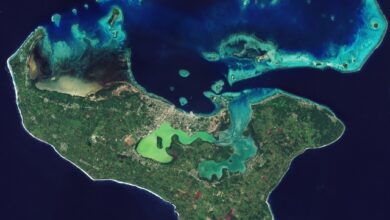 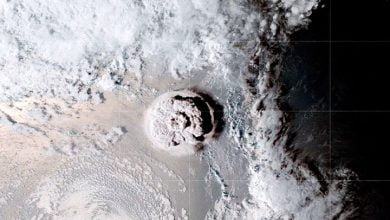 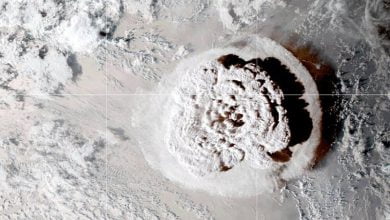