(ORDO NEWS) — Before the fans of Mission: Impossible had time to rejoice that their idol had expressed a desire to truly fly into space, an official confirmation arrived: Tom Cruise had already “reserved” a seat on the SpaceX Crew Dragon, whose flight is scheduled for October 2021.

The news that the main Hollywood fan of performing all the stunts was going to perform the most impressive of them on his own – a real flight into space – spread on the Web in the spring. But then it was just an idea, which is now taking shape in real plans.

In the Twitter account of the Space Shuttle Almanac resource, a schedule of upcoming flights to the International Space Station (ISS) has appeared, in which the first tourist flight of the SpaceX Crew Dragon commercial spacecraft is already on next fall.

The most experienced astronaut Michael Eladio López-Alegría, who holds the NASA record for the duration of stay in orbit, as well as the time spent in outer space and the number of exits outside the station, has been officially announced as the crew commander.

Two more places in the ship will be occupied by Tom Cruise himself and his colleague – director Doug Lyman (“The Bourne Identity”, “Mr. and Mrs. Smith”, “Edge of the Future”). It is noteworthy that the fourth seat is still vacant and, possibly, it will be occupied by the superstar’s filming partner, but the name of the actress is still unknown.

The plot and title of the film, some of the scenes of which are planned to be filmed during the ten-day flight to the ISS, are not disclosed. It is only known that the film will not belong to any of the previously released franchises.

The delivery of these tourists to orbit is carried out by the private space company SpaceX, and the operator of the entire mission will be the Axiom Space organization, which has already announced that in the coming years it will put everyone in space on stream. In addition to Tom Cruise’s flight to the ISS, the company also participates in the organization of the reality show Space Hero, the winners of which will be able to visit the orbital laboratory in person. In addition, Axiom Space plans to eventually dock its own module to the station. 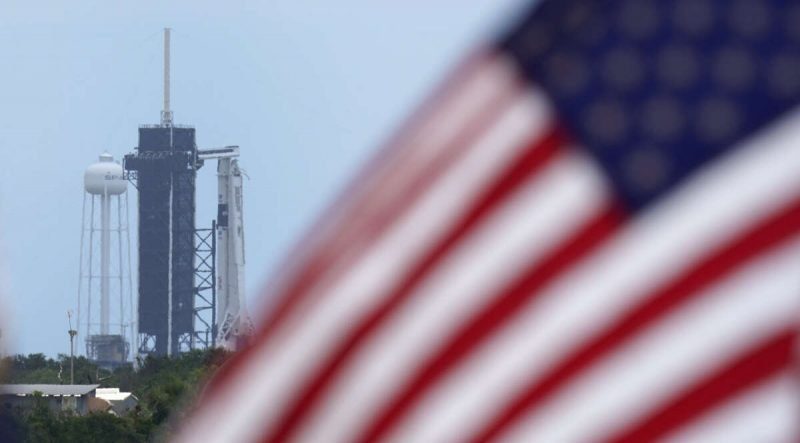 It is noteworthy that despite the seriousness of the “schedule” on the basis of which Space Shuttle Almanac created their infographics and the long terms of coordination of all crews, flight dates, and mission sequence, in the picture, almost immediately after publication, an inaccuracy arose.

The fact is that according to the data of the authors of the drawing, the crew of the Soyuz MS-23 flight planned for October 2022 includes two cosmonauts from the United Arab Emirates, but on September 23 it became known that Hazzaa Al-Mansuri and Sultan Al-Neyadi began training at the Space Lyndon Johnson Center in Houston (USA). This may indicate both the refusal of the UAE from the services of Roscosmos and the fact that the Middle Eastern state has decided to introduce its cosmonauts to all the ships available on the market.