(ORDO NEWS) — On the night of September 22, an earthquake of almost six magnitudes occurred on Lake Baikal, followed by an aftershock. “The wooden house was shaking!” – one of the eyewitnesses described what happened on social networks. All over Buryatia, there were tremors, many people were frightened because for ten years there was nothing like this. RIA Novosti understands why in the stable regions of the planet, in the middle of large continents, it suddenly begins to shake.

Seismic activity on Lake Baikal is not uncommon. In the central part of the lake from 2001 to 2012, more than 19 thousand earthquakes were recorded, mostly weak. However, in the Ministry of Emergencies, this region belongs to the subjects of the first degree of danger. The intensity of tremors here can reach nine points, as happened on August 29, 1959 (magnitude 6.8). Irkutsk suffered, and other settlements also suffered.

A century earlier, on January 12, 1862, as a result of a catastrophic earthquake, Proval Bay was formed on the eastern shore of Lake Baikal. Against this background, the current earthquake is practically ordinary. According to scientists, seismic shocks of great intensity should not be expected in this region more often than once every three hundred years.

Geologists have been systematically exploring Baikal since the beginning of the 20th century. In the 1960s, they proved that its basin was formed in the same way as the chain of lakes in the East African Rift Valley. Baikal is a large rift in the earth’s crust. Such structures are well known in the oceans, but where are they from on the continents? According to modern concepts, this is the result of the movement of masses in the hot bowels of the Earth. If a giant bubble of magma emerges from below, even powerful ancient continental plates break. A system of faults arises, the edges of which gradually move apart, the bottom deepens, the depression fills with water – the sea is formed, then the ocean. This is how the Red Sea and the Atlantic Ocean were formed.

Researchers from the Limnological Institute of the SB RAS have proved that Baikal is gradually turning into an ocean. This is indicated by its structure, type of sediments, accumulations of gas hydrates, oil, hydrothermal springs, specific underwater world.

The bottom of Lake Baikal sank a kilometer no more than a million years ago, and the lake reached its present depth of 1600 meters 150 thousand years ago. The rift expands four millimeters a year. In 200 million years, if the process does not stop – and this happens in geological history – Baikal will turn into a real ocean. Scientists suggest calling it Neo-Asian. Siberia will be a separate continent. 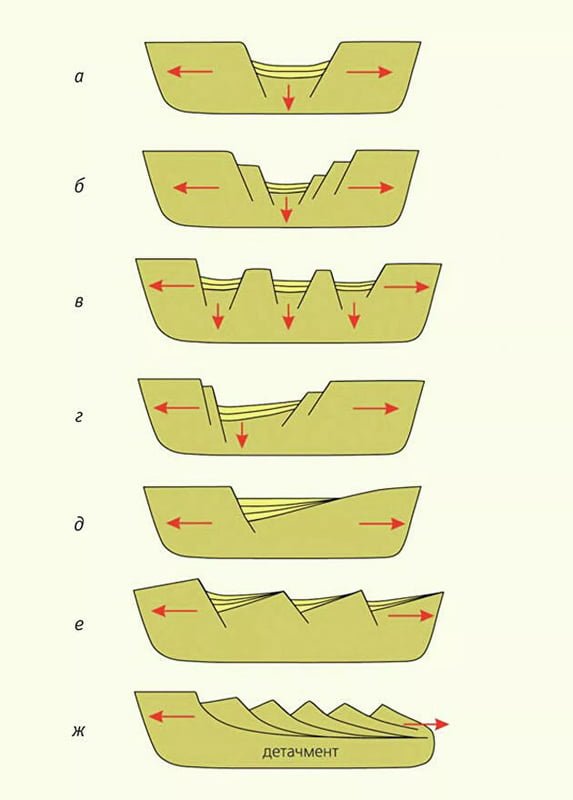 Evolution of the continental rift: from a simple depression to a complex structure of the oceanic bottom.

The longest deep rift in the middle of the continent is the Great Rift Valley in East Africa. It stretches for five thousand kilometers from Lebanon to Mozambique and is marked by a chain of active volcanoes and lakes, among which the deepest – Tanganyika – is only slightly inferior to Lake Baikal.

The East African Rift began to form more than 25 million years ago and greatly rebuilt this part of the continent, triggering a chain of events that eventually led to the ideal conditions for the evolution of primates here.

There are no catastrophic earthquakes like in the Pacific or East Asia. However, it shakes regularly. The magnitude of the tremors reaches seven, the depth of the foci is more than 30 kilometers, this is the border of Mohorovichich, separating the mantle and the earth’s crust.

Unrest on the continent

Unlike Baikal, the East European platform, where Moscow and St. Petersburg are located, are considered seismically safe. Only waves from strong earthquakes in the Carpathians reach here. The last such event occurred on March 4, 1977. The epicenter was located in the Vrancea zone in Romania, and in Moscow and the region, fluctuations of four points were felt at ground level, and on high floors – six to seven points.

Several decades have passed, this earthquake is remembered only by Muscovites of the older generation and scientists in scientific articles. It seemed that nothing of this kind threatened the center of Russia. And suddenly on May 24, 2013, the earth trembled in Moscow. The upper floors of high-rise buildings swayed, people felt dizzy, many ran out of the house. About 400 people were evacuated from nine-story buildings on Lesnaya Street.

This caused a great resonance, generated a wave of disinformation on the Web. Meanwhile, geologists insist that these are just echoes of a 7.7 magnitude earthquake that occurred in the Sea of ​​Okhotsk. Its source was located at a depth of 600 kilometers – in the active zone, where the Pacific Plate dives under the edge of the continent. There it shakes often and strongly.

Seismic waves from the Sea of ​​Okhotsk traveled 6,500 kilometers and reached the European part of the country. This has been recorded for the first time in three hundred years of observations. According to Andrey Nikonov from the Institute of Physics of the Earth, Russian Academy of Sciences, very strong earthquakes in the Carpathians, capable of being emitted over long distances, occur no more than once every six hundred years. 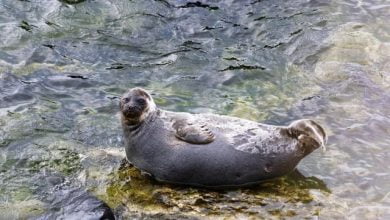