(ORDO NEWS) — If you think that ghostbusters exist only in movies, then you are deeply mistaken. They really are. And # 1 of them is, of course, Harry Price, an English writer and paranormal researcher. Catching ghosts, he gave 40 of the 67 years of his life.

Price differed from his colleagues by a practical approach to business. No mysticism and blind faith in otherworldly forces. He tried to verify all anomalous phenomena for authenticity with the help of scientific equipment and instruments.

But where to get the necessary equipment and, most importantly, the authority for research? And then Price sent an official request to the University of London asking for the creation and funding of the Department of Parapsychology, as well as permission to rent equipment from the University’s National Laboratory. Price’s request was granted. 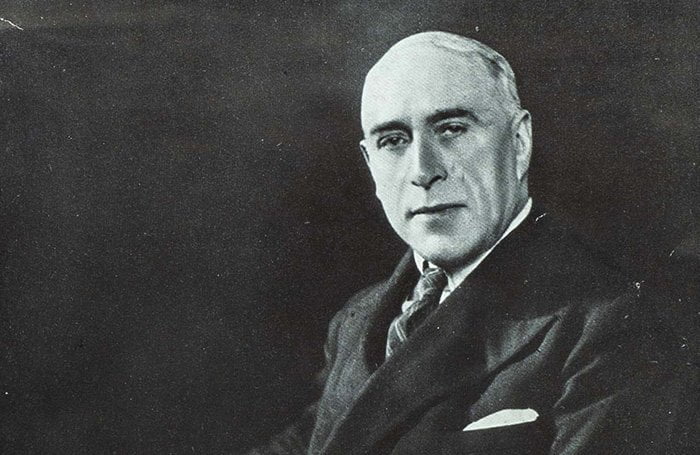 In 1934, the Committee for the Study of Parapsychology was founded, in which Harry became Honorary Secretary and Editor. He zealously got down to business. True, he was much better at exposing charlatans than catching real spirits.

He brought a lot of “ventriloquists” out into the open, caught the Austrian medium Rudi Schneider on “sleight of hand”, and explained from a scientific point of view the possibility of man walking on burning coals. Harry Price effectively deprived the famous perfume photographer William Hope of his job, proving that his photographs were fake. There were many similar cases in Price’s biography. 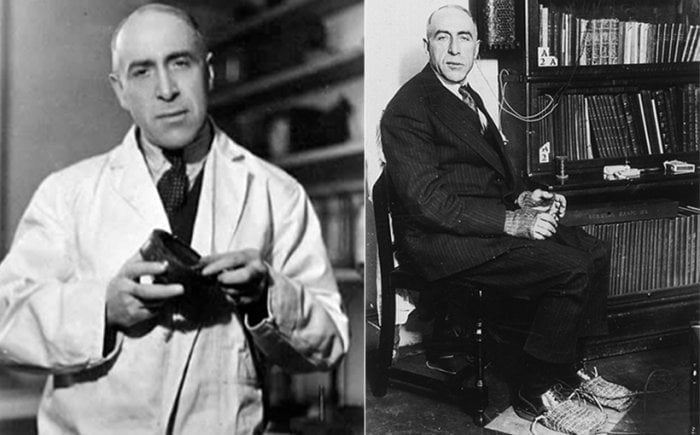 And yet, sometimes he was really lucky, and then the objects of his study were entire houses inhabited by ghosts. Such as, for example, Borley’s house in Great Britain, built in 1863. Even the first owner of the house, a priest, claimed that a restless spirit lived in the building. And he had grounds for such statements.

The fact is that in the 17th century, on the site of Borly’s house, there was a nunnery, within the walls of which a tragedy, classic for institutions of this kind, broke out: one of the nuns fell in love with a young man, the young people decided to run away. But when the horses were already beating their hooves, waiting for the fugitives, the girl was captured. Her lover was hanged, and she was immured alive in the wall. 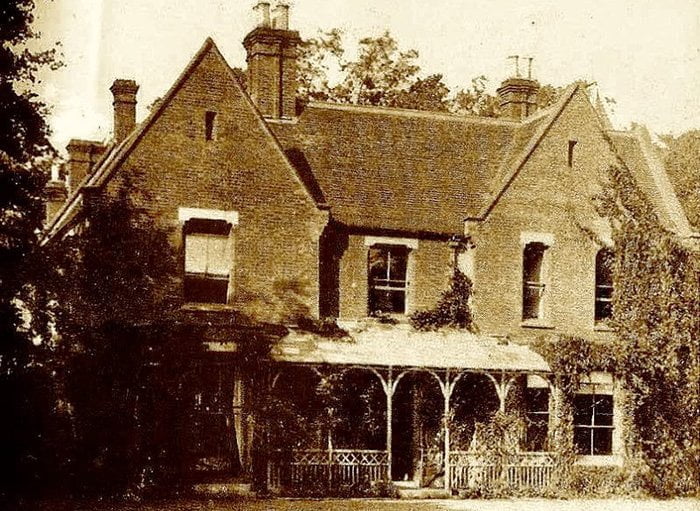 Centuries have passed. The monastery was demolished, and a house was built in its place, where the Reverend Henry Dawson Alice Bull settled. In vain. The priest did not know a single good night: with the onset of darkness, the house was filled with otherworldly sounds – an organ played, footsteps, sighs, someone’s singing were heard.

The ghost of the poor nun himself walked around the park every night along the same alley, which was later called the “nun’s alley.” The children of the priest saw people dressed in old clothes, and one of them was even slapped by the ghost. But the Bull family was not one of the timid. On July 28, 1890, one of the priest’s daughters asked the ghost of a nun if she needed anything. The ghost immediately disappeared. 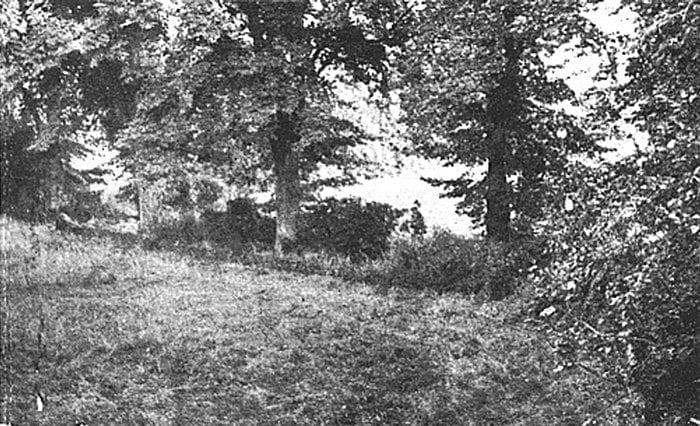 In 1928, the Smith married couple became tenants of the strange building. Their relationship with the ghost went wrong from the very beginning: the nun disliked the Smiths for something and pestered them at night with doorbells and regular promenades along the alley. In addition, other oddities appeared in the house – keys were lost by themselves, dishes flew and broke.

The completely exhausted Smiths in 1929 turned to the newspaper for help, and that, in turn, connected the director of the National Laboratory for Psychical Research Harry Price to the research. The ghost hunter arrived at the restless house, but could not help, the aggression of the spirits only intensified. Frustrated, the Smiths asked Price with their things to go out, and soon they moved out themselves.

Following them, the owners of the haunted estate were some Foysters. This got even more – the hands of the ghost strangled the hostess, threw her out of bed. Not surprisingly, in 1935, the unfortunate owners of the building left it, leaving Harry Price to research.

For a whole year, Price studied the ill-fated house, photographing and filming its anomalous phenomena. The list of guests from the other world turned out to be very wide. In addition to the tortured nun, Price and his assistants recorded headless people, a figure in green, a girl in white, and ghosts of horses harnessed to a carriage.

All these entities turned out to be extremely talkative and noisy. Price heard a woman’s voice, horses stomping, dogs barking, bells ringing, and various squeaks, rustles, and grinding. Sometimes inscriptions appeared on the walls, containing requests for prayer.

When the researcher entered the house, the temperature there dropped, the smell of incense appeared, objects flew spontaneously. And the longer Price was on the estate, the more aggressive the ghosts became. As a result, they declared all-out war on the researcher and his assistants, throwing various objects and frightening at night. Price had no choice but to go to negotiations with the spirits. In 1938 he conducted a seance, during which he managed to communicate with a poor nun – the leader of restless ghosts. It turned out that the girl’s name was Marie Leir during her lifetime. The legend did not lie, it was indeed walled up in 1667 in the wall of the monastery. In addition to the sad circumstances of his death, the spirit also announced that the house itself would soon burn down.

Indeed, a year later, in February 1939, a fire broke out in the building and it burned to the ground. It was believed that a shattered kerosene lamp was the cause of the fire. Here only she fell, according to the testimony of the last owner of the house, Captain Gregson, by itself, and casual witnesses saw a man and a woman leaving the burning building, dressed in clothes of past centuries.

The latest research at Borley Price’s home was four years after the fire. This time, he attracted archaeologists to the work, who discovered female remains under the foundation. By indirect signs, it turned out that this was the very restless nun who died because of unhappy love. The ashes were buried. 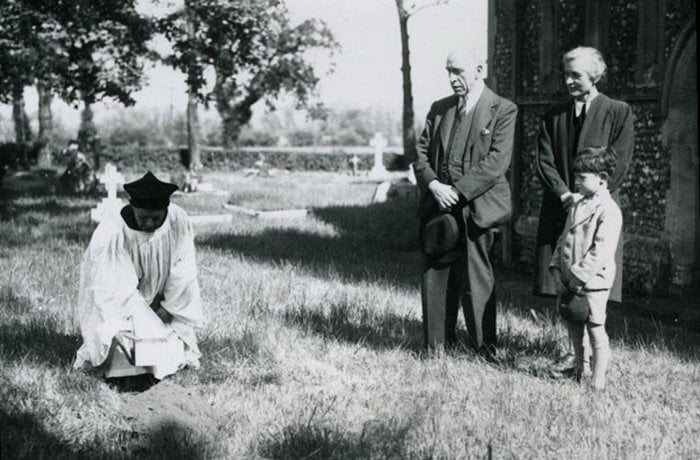 It would seem that after that all anomalies should have stopped. It wasn’t like that. In 1944, 58 volunteers spent the night on the ruins of a house. And what? 19 of them saw ghosts. To end the mysticism, the city authorities demolished the ruins of a haunted house. But this last measure did not help either. Ghosts continued to appear in the very spot where the restless house stood. In any case, the nun was still walking along her favorite alley. She was last seen in 1951, after the death of Price himself.

Harry Price died in 1948. And after death he himself became a ghost, and with a very peculiar sense of humor. It is not known why, but he chose a certain Swede as the object of his attacks. He did not think about any other world in general and ghosts in particular, therefore, when he first saw the blurry silhouette of an elderly plump man, he began to chatter with fear.

Price waited for him to calm down, after which he made a lengthy speech with him, from which the Swede did not understand a word, because he did not know English. He made out only the name of his mysterious visitor – Harry Price. Apparently, the former ghost catcher had enough of this – he made frequent visits.

The Swede tried to photograph it more than once, but in vain: every time after development the film turned out to be empty. This fact greatly amused Price’s spirit. In the end, the Swede got tired of this bullying, and he reported it to the right place – to the UK. So the ghostly life of Harry Price became public knowledge. After that, he stopped visiting the Swede and now, they say, is excluded to his colleagues in the shop, probably sharing his experience.

How to prepare for the money moon on April 23

A cluster of dark matter discovered near Earth

How to prepare for the money moon on April 23

A cluster of dark matter discovered near Earth