(ORDO NEWS) — Chronic pain can lead to obesity. Scientists came to the conclusion that this is not due to a lack of physical activity of the patient, but to structural changes in his brain that can affect food preferences and appetite.

Scientists have long known that there is a link between pain and appetite. People suffering from chronic pain are often overweight. Now scientists from the University of Rochester and the Ernest J. Del Monte Institute of Neurology have found a possible explanation for this connection.

They concluded that the constant feeling of pain affects the area of ​​the brain associated with motivation and pleasure, and this can disrupt a person’s eating behavior and change their taste preferences. The scientists presented their findings in the journal PLOS One.

The experiments involved healthy people, patients with chronic low back pain and with acute pain, who were divided into two groups: the first group, during a repeat study conducted a year later, the pain disappeared, the second did not go away and began to become chronic.

The researchers assessed the participants’ sense of satiety, as well as their response to foods containing sugar and fat, such as gelatin dessert and pudding. None of the people who took part in the experiment showed any changes in eating behavior associated with sugar.

However, patients with chronic and prolonged acute pain lost the pleasure of eating pudding, and they also experienced a violation of the sense of satiety during meals. People have complained that over time, high-fat foods no longer taste good. These changes in food preferences had no effect on total caloric intake, as the patients’ appetite increased.

While scanning the brains of different groups of subjects using magnetic resonance imaging, scientists found differences in the nucleus accumbens. These neurons are involved in decision making and motivation, and are also associated with feelings of pleasure.

Thus, obesity in patients with chronic pain may not be caused by a lack of movement, but by a change in eating behavior that begins after the pain becomes chronic and is accompanied by structural changes in the nucleus accumbens of the brain. 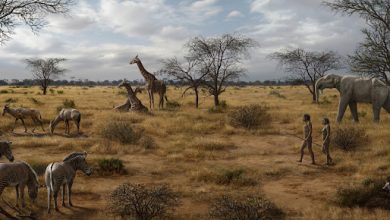