(ORDO NEWS) — The marine worms Glycera dibranchiata are truly creepy creatures. They have four sharp fangs “made” of copper, which are used both for biting prey and for fighting rivals. Now scientists have figured out how these venomous worms manage to grow those deadly metal teeth.

Glycera dibranchiata is far from the friendliest creature on the planet

Made up of 10% copper crystals, the teeth of the glycer marine worm ( Glycera dibranchiata ) are so hardy that one set lasts five years without the need for constant renewal.

They easily bite through the skin of the victim and inject a paralyzing poison into it. For about 20 years, scientists could not understand how these creatures managed to grow such fangs.

In a study published in the journal Matter , scientists have finally figured out the biochemistry behind these teeth.

The first thing the team found was that the copper for the fangs of the worms is harvested from marine sediments. However, a multitasking protein helps in their formation.

The researchers concluded that the formation of the copper jaws of marine worms is helped by a so-called multi-tasking protein.

“We did not expect at all that a protein with such a simple composition, that is, mainly glycine and histidine, would perform so many functions and unrelated actions,” the scientists write.

According to the researchers, this protein “takes on an unprecedented role as a building block, organizer, and producer – a technological feat of great importance for the autonomous production of other polymer composites, blends, and/or networks . ”

Identifying the protein and how it works is the first step in understanding the chemical process, which may help in the future when creating new composite materials. Meanwhile, the team continues to study direworms, trying to understand the role of copper in catalyzing their venom. 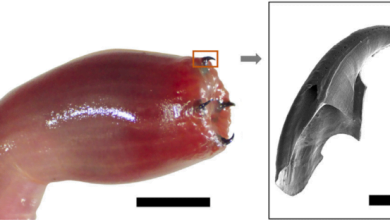 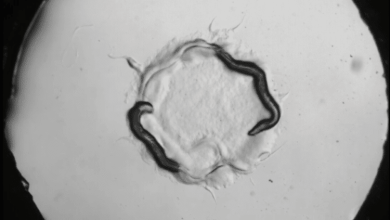