US, NEW YORK (ORDO NEWS) — An earthquake with a magnitude of 7.1 occurred off the coast of Japan – Miyagi and Fukushima prefecture in the Tohoku region. The epicenter lay in the ocean at a depth of 53 km and was located 90 km from the nearest coastal city. 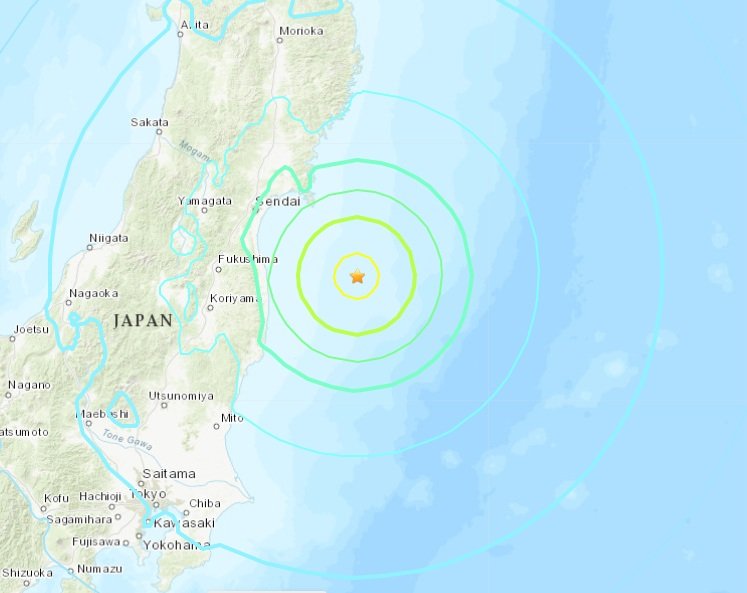 After the main earthquake with a magnitude of 7.1 on the Richter scale, two aftershocks of magnitude 4.9 and 5.3 followed.

According to Japanese news agencies, the earthquake, which was also felt in Tokyo, was recorded at 4 on the Japanese scale. No tsunami warnings have been reported.

Shocks with a magnitude of 6 have been reported in southern Miyagi, as well as in central Nakadori and the Hamadori coastal area on Fukushima Island, agencies reported.

In the Hamadori area, there is the Fukushima nuclear power plant No. 1, which suffered from the earthquake and tsunami. No malfunctions were reported at the facility, state broadcaster NHK reported.