In the past, other NASA space telescopes, such as Hubble and Spitzer , have detected individual ingredients in the atmosphere of this “seething” exoplanet WASP-39 b, but a fresh look from “James Webb” provided a complete menu of atoms, molecules, and even signs of active chemistry. and clouds.

The latest data also gives a glimpse of what these clouds might look like up close: tattered, torn apart, rather than a single, uniform blanket enveloping the planet.

Exoplanet WASP-39 b is a “loose planet” or “hot Saturn” exoplanet, representing a world as massive as Saturn , but located closer to its parent star than Mercury is to the Sun. WASP-39 b is about 700 light-years from Earth.

The new analysis provides a clear indication that the James Webb instruments are capable of conducting a wide range of studies on all types of exoplanets, some of which may even be habitable.

This suggests that in the future we will explore the atmospheres of small rocky planets, like those in the TRAPPIST-1 system , about 40 light-years away from us.

“We observed the exoplanet with several instruments that together provide a wide infrared spectrum and many chemical fingerprints not previously available,” said Natalie Bataglia, professor of astronomy and astrophysics at the University of California at Santa Cruz and co-author of the study.

“This kind of data is a game changer.”

The results of the WASP-39b atmospheric study are detailed in five new scientific papers , three of which have already been peer-reviewed and two are under review.

Among the unprecedented discoveries is the first ever detection of sulfur dioxide (SO2) in an exoplanet’s atmosphere, a molecule that is produced by chemical reactions driven by high-energy light from its parent star WASP-39 b. The Earth’s protective ozone layer in the upper atmosphere is created in a similar way.

“For the first time, we are seeing concrete evidence of photochemistry chemical reactions initiated by starlight on exoplanets,” said Shang-Ming Tsai, a researcher at the University of Oxford in the UK and lead author of a paper explaining the origin of sulfur dioxide in the atmosphere of WASP-39 b.

“I think this is a really promising prospect for advancing our understanding of exoplanet atmospheres with this [NASA James Webb] mission.”

The discovery of “James Webb” led to the appearance of a scientific work in which scientists describe the procedure for applying computer models of photochemistry to the obtained data.

This, the researchers say, will improve modeling and allow for the creation of technological know-how to interpret potential signs of habitability on a given world.

“Planets form and transform as they orbit in the radiation bath of their parent star,” Batalha added. “On Earth, these transformations allow life to flourish.”

WASP-39 b’s proximity to its star – eight times closer than Mercury is to the Sun – also makes the pair a natural laboratory for studying the effects of stellar radiation on exoplanets.

An in-depth knowledge of the relationship between stars and planets will allow a better understanding of how all this determines the diversity of planets observed in the Milky Way .

To explore the atmosphere of WASP-39 b, James Webb waited for the exoplanet to pass in front of its star, allowing some of the starlight to filter through the planet’s atmosphere.

As you know, different types of atmospheric chemicals absorb different colors of the starlight spectrum, so the missing colors tell astronomers which molecules are present in the exopalnet’s atmosphere. 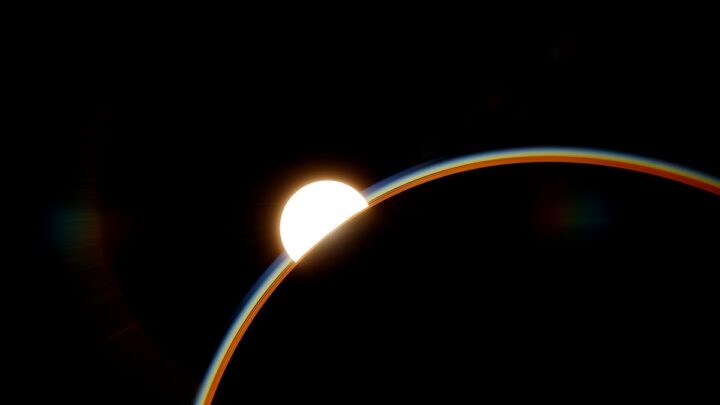 In addition to sulfur dioxide, James Webb found sodium (Na), potassium (K) and water vapor (H2O), which is consistent with data from other space and ground-based telescopes. In addition, additional water prints in longer wavelengths were found that had not been seen before.

Meanwhile, carbon monoxide (CO) was detected, but no clear evidence of methane (CH4) and hydrogen sulfide (H2S) was found in the data. If these molecules exist in the atmosphere of WASP-39 b, then at very low levels.

To obtain such a wide spectrum of WASP-39 b’s atmosphere, an international team of several hundred people independently analyzed data from the telescope’s four modes of operation with the most accurate calibration possible.

“We predicted what it [the telescope] would show us, but the results turned out to be more accurate, more diverse and more beautiful than I expected,” said Hannah Wakeford, an astrophysicist at the University of Bristol (UK), who studies exoplanet atmospheres.

Having such a complete list of chemical ingredients in WASP-39 b’s atmosphere also allows scientists to get an idea of ​​the abundance of different elements relative to each other, such as the ratio of carbon to oxygen or potassium to oxygen.

This, in turn, allows us to understand how this exoplanet – and possibly others – formed from a disk of gas and dust that surrounded the parent star at an early stage in its development. 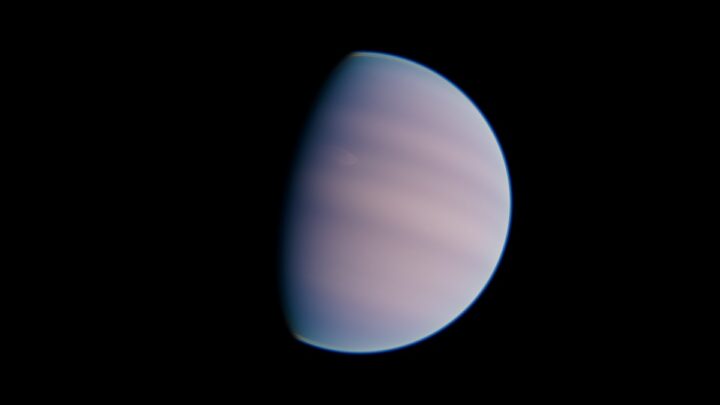 The chemical composition of WASP-39 b indicates a history of numerous collisions and mergers of smaller bodies called planetesimals to eventually give rise to the Goliath planet.

“The abundance of sulfur compared to hydrogen indicates that the planet has presumably experienced significant accretion of planetesimals that could deliver these ingredients into the atmosphere,” said Kazumasa Ono, an exoplanet researcher at the University of California at Santa Cruz who worked with the James Webb data.

The data also show that there is much more oxygen in the atmosphere than carbon.

This indirectly indicates that WASP-39 b formed far from the central star.”

The James Webb instruments very accurately analyzed the atmosphere of the exoplanet, exceeding the expectations of scientists. This suggests that we are waiting for the study of the atmospheres of various classes of exoplanets.