(ORDO NEWS) — The August 9, 2021 issue of Chemical and Engineering News (C&EN) featured an article from the field of structural biology titled “How Transcription Begins”.

Transcription is a biochemical process that occurs in every cell of the human body when protein synthesis begins. It is a complex series of processes that begins in the nucleus when a gene – a section on a strand of DNA – gives instructions for the production of a particular protein.

Structural biology is a branch of molecular biology, biochemistry and biophysics that studies the structure of biological macromolecules, in particular proteins and nucleic acids.

Simply put, the part of the DNA molecule where the gene is located unfolds, resulting in a strand of mRNA (messenger RNA). An mRNA can be thought of as a digital tape containing a sequence of three-letter codes called codons that dictate the exact amino acid sequence for the protein it is to make.

The mRNA leaves the nucleus and enters the site of protein synthesis called the ribosome. Here, codons are read and specific amino acids are delivered by a second RNA molecule, tRNA (transfer RNA), which has its own three-letter sequences called anticodons that correspond to codons on the mRNA.

The process continues; the ribosome continues to assemble amino acids one by one until the protein is assembled according to the instructions originally written in the gene. 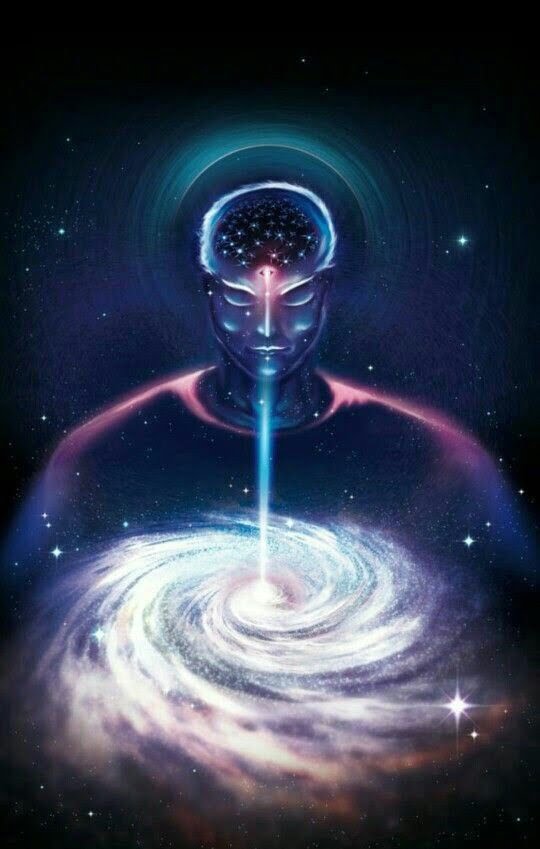 To say that this process is striking in its complexity is an understatement. This is nothing but a miracle.

The C&EN article details 20+ years of efforts by several research groups around the world to understand the process of transcription initiation.

To get a PIC image, it first had to be made. This required “years of painstaking work by research teams who not only developed methods for isolating all of the protein components of PIC in the laboratory, but also made these components assemble in the right way, without the whole complex falling apart.” 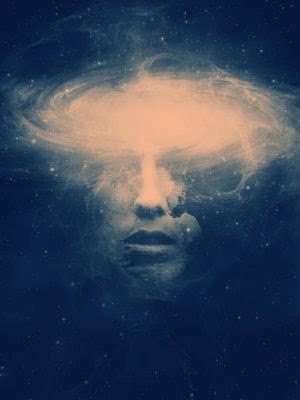 This raises a deeper, philosophical question: How can such a complex molecular machine, crucial to protein synthesis and therefore life, itself depend on 75 different proteins? Where did these proteins even come from if there was no PIC to initiate protein synthesis?

Or what came first, the chicken or the egg?

Douglas Axe, author of It’s Undeniable How Biology Confirms Our Intuition That Life Is Created, says it’s examples like this that make it clear that life was created and not the result of blind, unguided chance.

“Explaining how natural proteins, with their exquisite functions, could have come about by accident is a monumental task,” he writes.

“When we see how things work that came about through the right connection of many parts, we cannot help but attribute these inventions to purposeful actions, and this puts our intuition at odds with the evolutionary explanation.”

He gives an example called “oracle soup” – a reference to the primordial soup – “a small warm pool”, which is considered the birthplace of life on planet Earth and which Darwin described in a letter to his friend Joseph Hooker in 1871.

Aix’s recipe involves using a large pot of broth and pasta letters, which are brought to a boil, then removed from the heat and allowed to cool. When the soup is cold, “…lift the lid to reveal a full set of instructions for making something new and useful – worthy of a patent – all written in pasta letters.”

“How would we understand the meaning of divinatory soup if it were real? If we think about it for a moment, I think we will agree that no ordinary explanation will seem adequate to us for something so unusual . But if this is so, then how can an evolutionary explanation of life not inspire the same skepticism? ” 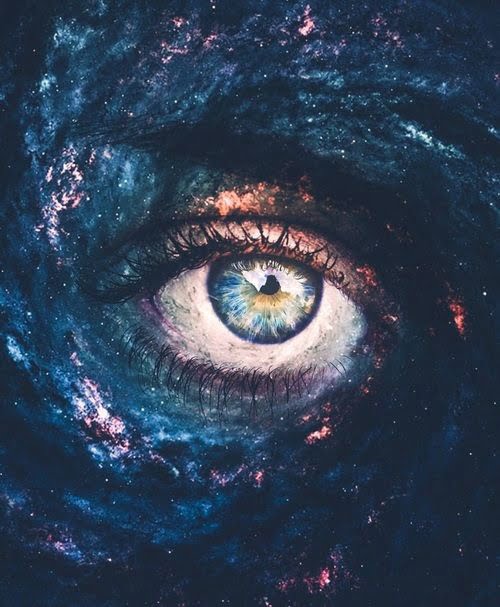 Recently, John Patrick, who served as a medical missionary in Jamaica and sub-Saharan Africa where he studied child malnutrition, shared his story when he was invited as a visiting lecturer in ethics at a medical university in Cuba.

The director of the school noticed how the students were wary during Dr. Patrick’s lectures, and in order to better understand the reason for this, he challenged Dr. Patrick to a debate about the origin of life.

Dr. Patrick, always ready to make a good challenge, wrote on the board (in Spanish) “This sentence is self-written.”

A group of doctors and medical students discussed the nonsense of such a statement for several minutes, until finally Dr. Patrick erased the phrase “This is a sentence” and replaced it with “DNA”, adding: “But you all believe in this statement, don’t you whether?”.

There was total silence in the room as the meaning was elegantly conveyed.

I have a similar mind game that I play with students in an introductory chemistry course I teach. When we start studying protein synthesis, I show them a photo of my tie box before my wife spent an hour organizing it, folding all the ties and neatly arranging them into three rows of colors.

No student ever thought that it happened by blind, unguided accident, and that it could never have happened in this way if we had a little time. 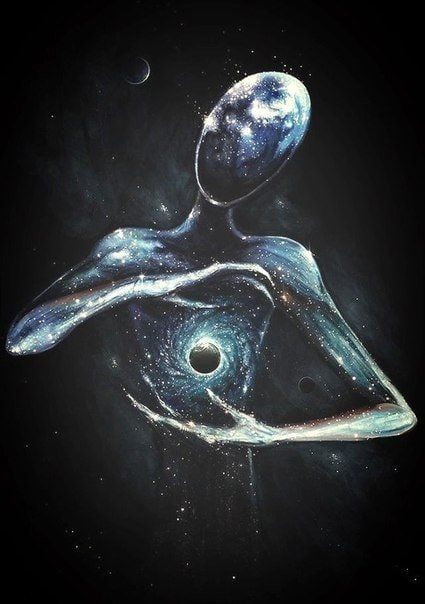 The lesson is clear: behind the organized arrangement was someone smart, able to match colors and skillfully fold fabric. You can say that my wife acted as a reasonable designer.

Belief in God as an intelligent designer became the starting point for much scientific research in the 16th and 17th centuries.

“The great pioneers of physics – Newton, Galileo, Kepler, Copernicus – piously considered themselves called to find evidence of God in the physical world,” writes Stephen S. Mayer in God’s Return. Meyer in Resurrection of the God Hypothesis, his last book, in which he convincingly argues for the Judeo-Christian origins of modern science.

“The founders… assumed that if they studied nature closely, it would reveal its secrets. Their confidence in this assumption was based both on the Greek and the Judeo-Christian idea that the universe is an ordered system – the cosmos, not chaos .”

This cosmos, described as “a world with a blueprint,” was open to the great, seeking minds of science. Take, for example, the astronomer Johannes Kepler (1571-1630), who wrote:

“God wanted us to know” natural laws, and God made this possible by “creating us in his own image and likeness, that we might share his thoughts.”

Thus, the assumption that a rational mind with will created the universe gave rise to two ideas – chance and rationality, which, in turn, served as a powerful incentive to study nature with the certainty that such a study would lead to understanding.

This powerful impulse to explore nature goes hand in hand with curiosity and critical thinking, often leading to deeper, more philosophical questions about the origins and meaning of life. 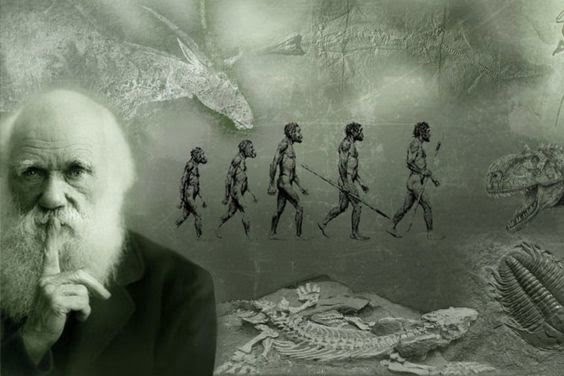 Unfortunately, faith and science passed away in the mid-nineteenth century with the writings of Darwin, Marx, Nietzsche, and Freud, sometimes referred to as the “Four Bearded Godslayers.”

Venki Ramakrishnan was one of three co-authors awarded the Nobel Prize in Chemistry in 2009 for his studies on the function and structure of the ribosome.

In The Gene Machine, The Race to Unravel the Secrets of the Ribosome, he writes that his own research led him to ponder the deeper question of the origin of life. 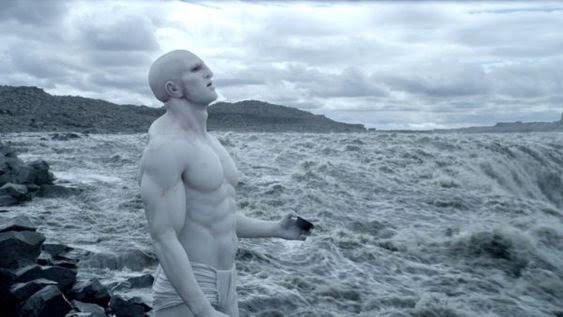 How life began is one of the great remaining mysteries of biology… The problem [is] that in almost all forms of life, DNA carries genetic information, but DNA itself is inert and is produced by a large number of protein enzymes, which require more than RNA to create, but also the ribosome.

Moreover, the sugar in DNA, deoxyribose, is made from ribose by a large and complex protein. No one can understand how this whole system could start.

Well, almost no one.

Think of the irony in the C&EN article: For 20 years, research teams in the US, Germany, and China, made up of some of the world’s most brilliant biochemists, have been working in state-of-the-art laboratories with advanced biological reagents, using instrumentation to synthesize even larger and more complex biomechanical machines with the goal of obtaining images and elucidating the structure of the PIC. 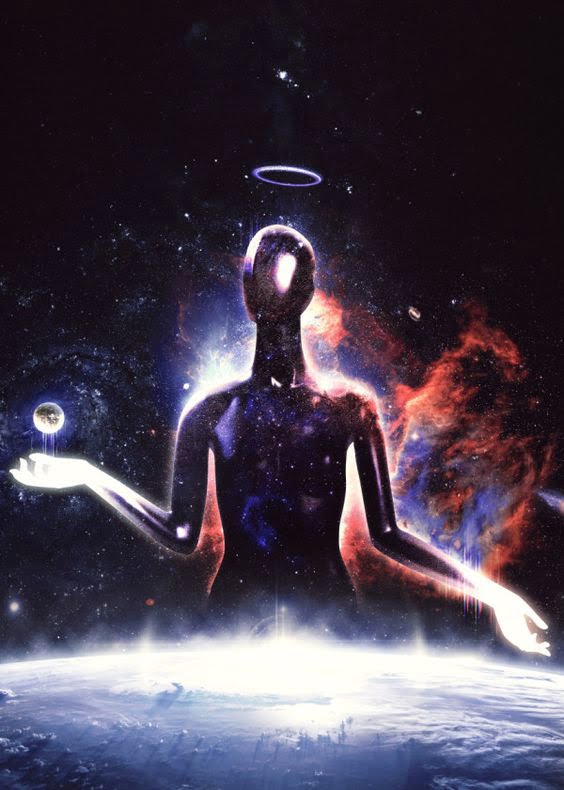 Obviously, it is worth considering the question God himself asked Job in the Old Testament book that bears his name:

“Where were you when I laid the foundation of the earth? Tell me if you understand” (Job 38:4, NIV).

In the US, a fish fell from the sky to park your car

In the US, a fish fell from the sky to park your car