(ORDO NEWS) — Geologists at Stanford University have unraveled the mystery of how the landscapes of Titan, Saturn’s moon, which is very similar to Earth in the presence of hills of rivers, lakes, seas and rains, could form.

Instead of liquid water, liquid methane is present on Titan, and sedimentary rocks are composed of hydrocarbon sand.

The physical properties of hydrocarbons are different from those of silicates, which is why the formation mechanisms of landscapes similar to those on Earth have been a mystery to scientists so far. The results of scientific work are published in the journal Geophysical Research Letters.

First, the researchers determined how grains of organic compounds could have formed on Titan that are similar to grains of silicate rocks, but are much more fragile.

On Earth, silicate minerals erode over time, breaking up into particles that are moved by wind and streams, form sediments, and turn back into rocks. It is believed that similar processes formed the plains, dunes and valleys on Titan. However, this requires a process that prevents the transformation of hydrocarbon grains into dust.

The growth of the formations is then balanced by the process of erosion, in which the ooids break against each other. A similar process, according to scientists, occurs on Titan, which makes it possible for hydrocarbon sand dunes to exist for a long time.

Based on this hypothesis, the researchers created a model to explain why geological formations form distinct belts on Titan: dunes near the equator, plains at mid-latitudes, and rocky labyrinths near the poles.

It turned out that strong winds contribute to erosion near the equator, as a result of which hydrocarbon sand grains are smaller here.

In the middle latitudes on both sides of the equator, the winds are less strong, due to which the grains grow larger, then turning into the bedrock of the flat terrain. Finally, at the poles there are rocky formations like terrestrial sandstones, which collapse under the influence of showers and river runoff. 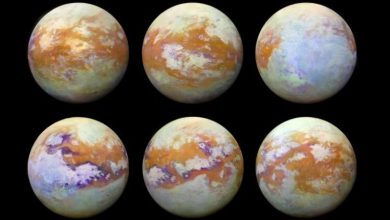 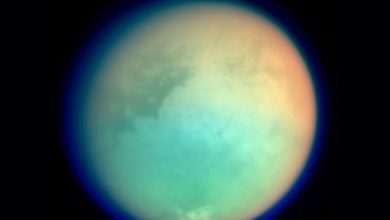 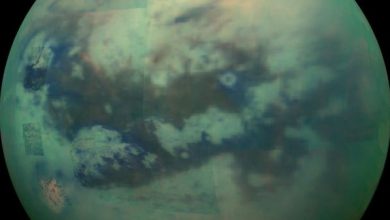 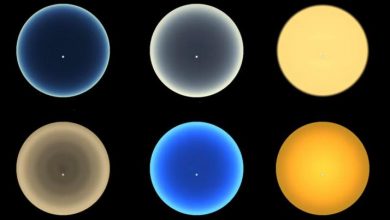 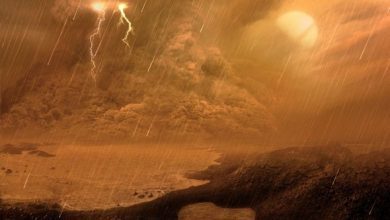