(ORDO NEWS) — Climate change and deforestation are prompting primates to make an evolutionary leap that, according to modern scientists, turned our distant ancestors into humans.

Somewhere between three and four million years ago, the most distant ancestors of humans stopped swinging in trees and began to walk on the ground. And now the same process is repeated?

Monkey and lemur species that have lived in trees for millennia are beginning to spend more and more time on the forest floor in response to deforestation and climate change. This is reported by the Daily Star.

A study based on more than 150,000 hours of observations of 47 tree-dwelling primate species in 70 locations across Madagascar and the Americas found that habitat change is a global trend.

Giuseppe Donati of Oxford Brookes University says tree dwellers are forced to descend to the ground in search of shade and water as forest temperatures continue to rise.

He told New Scientist: “In most of the tropical countries where these species live, people are deforesting.

This creates gaps and opens up the forest canopy. This causes the temperature to rise.”

He added that deforestation is “working in tandem with climate change” to force animals to find new habitats. 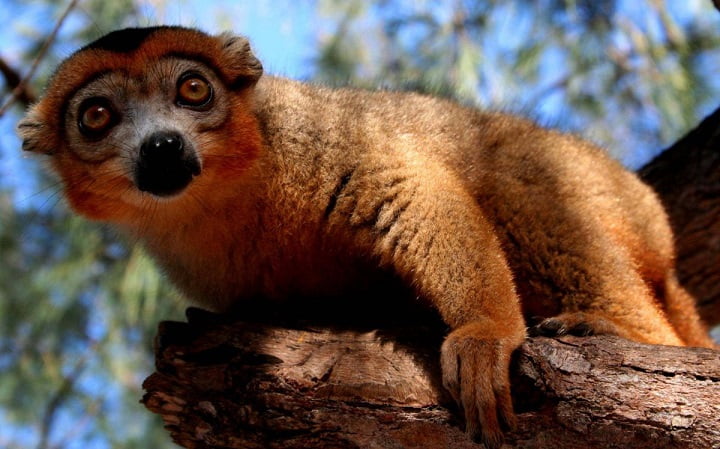 One example he found was the bamboo lemur from Madagascar. They, like most lemur species, spend almost their entire lives in trees.

But in the south of Madagascar, where forest cover is becoming increasingly rare, bamboo lemurs are accustomed to grazing in the meadows – “like little cows.”

Although it is not known for certain what made our most distant ancestors leave the trees and begin to roam the African savannah. It is widely believed that habitat change has been caused by climate change.

However, these current changes are happening much faster than the natural fluctuations in Earth’s climate that have occurred in the past, and it will be difficult for apes to adapt in the way that humans once did.

Timothy Eppley of the San Diego Zoo Wildlife Alliance says: “None of the species we have studied is likely to fully transition to a terrestrial lifestyle.

It’s just an unrealistic long-term outcome that can happen in such a short amount of time.”

He says the tree-dwelling monkeys must be saved from a new mass extinction that is currently destroying the planet’s biodiversity.

Reptiles survived the Great Dying well and quickly recovered from it

Reptiles survived the Great Dying well and quickly recovered from it