(ORDO NEWS) — The number of infertile men is growing in the world. Studies show that over the past 50 years, the condition of male germ cells has been deteriorating.

And it is mostly people in developed countries who suffer from this. We understand what experts see as the reasons for such a fall and how they offer to save themselves from infertility

In the popular TV series The Handmaid’s Tale, future humanity tightly regulates childbearing – due to environmental problems, many women are infertile, and families have to resort to the help of surrogate mothers (“maids”), who are specially trained for this role.

This idea does not seem so fantastic, given that today many countries are experiencing problems with fertility. And the reason lies in reproductive health – however, mainly on the male side.

The problem was actively talked about in the press and social networks after a large-scale review of the same type of studies on the fertility of the male seed was released in 2017.

He showed that the number of sperm in seminal fluid decreased by an average of 52% between 1973 and 2011.

Moreover, this situation turned out to be especially common in regions that are considered prosperous – Europe, North America, Australia, as well as in developed countries of the East, such as China.

The researchers note that the crisis has been brewing for a long time, but for the time being, the severity of the problem was underestimated.

Fertility research has focused mainly on women. It was believed that women’s health is most affected by the likelihood of infertility.

However, this opinion turned out to be wrong. Today, scientists believe that men and women contribute roughly the same amount to the overall chance of conception.

One of the earliest works on this topic, published back in 1974, already showed a decrease in sperm quality and an increase in the number of defective germ cells.

This work was followed by others, but their methodology was often criticized because of the bias in the sample: it included mainly men with testicular disease and other disorders that lead to infertility.

In 1980, the World Health Organization published the first laboratory manual for semen analysis, which established clear standards for measuring sperm quality, as well as norms that could be considered abnormal.

Since then, the bar has only gone down. Not so long ago, sperm with 70% motile cells was considered normal. Now experts believe that even 50% of cells with weak activity is not a reason for making a diagnosis.

The same applies to spermatozoa with defects. The structure of the cell also matters: in a normal shape, the spermatozoon will be able to swim to the egg, while a twisted or too short tail can make it inactive.

And here the rules have changed too! Previously, the proportion of pathological forms should not exceed 20%. But in recent years, the criteria have been revised – the figure of 50% has already become the norm.

How does this threaten humanity?

Perhaps there is no cause for concern? After all, total sperm count or shape may not affect fertility. After all, there are millions of germ cells in the sperm – and only one is needed for conception.

Maybe the “depletion” of sperm is a biological adaptation associated with the fact that the offspring survive better?

After all, once the number of births per woman was higher, but many children did not live to a conscious age.

“Even many scientists think so, they consider it the result of natural self-regulation,” says urologist. Supporters of this opinion refer to the fact that fertility around the world is falling unevenly.

At the same time, the birth rate in these regions is still growing, while in Europe it is falling.

For example, in 2018, the Norwegian Central Bureau of Statistics recorded a record low birth rate among Norwegians. And it’s not just the banal unwillingness of the Norwegians to have children.

Test data suggests that every fifth young resident of this country had less than 20 million spermatozoa per 1 ml (against a norm of 62), and less than half of the inhabitants had a concentration below 40 million per 1 ml.

A similar situation is observed in France, Switzerland, Great Britain and other European countries. 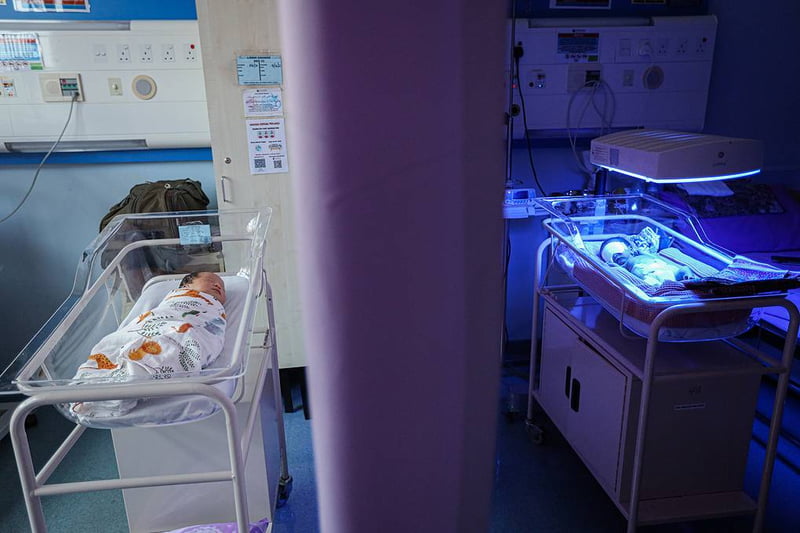 The authors of the 2016 demographic forecast found that if the trend continues, the birth rate in the European Union and Japan will soon fall below the level that would be sufficient for the natural reproduction of the population.

And given fertility data, even if residents want to have more children, it will be more difficult to have them. For example, in Norway, 4% of children are already born with the help of in vitro fertilization. In Denmark, the proportion is even higher, just under one in ten.

A decrease in fertility and fertility can lead to many unpredictable consequences. For example, a big burden on healthcare is tax increases.

A smaller proportion of young people in society is an aging population and a lack of labor force, which the state will have to make up for through migration. All this threatens not only economic, but also social upheavals.

One of the important things about fertility is that it depends on your overall health. For example, several studies have established a link between high blood pressure and poor sperm quality.

In men with hypertension, the volume of seminal fluid is lower, the total number and motility of spermatozoa are reduced.

Excess weight also affects: in obese men, spermatozoa are less mobile than in those whose weight is within the normal range for their height and age.

In addition, medications significantly affect the quality of sperm. And this applies not only to drugs of aggressive action – for example, for the treatment of cancer – but also to ordinary pills, which many people drink regularly.

For example, one recent study showed that men who took 1,200 mg of ibuprofen per day developed a hormonal disorder associated with reduced fertility.

Some antibiotics also affect testosterone levels, a hormone that is especially important for sperm health.

In addition, some blood pressure medications have been associated with a decrease in semen volume, sperm concentration, and sperm motility.

The level of pollution is also important here – although scientists have not yet come to a consensus on what effect certain chemical compounds have. Many of them cause disturbance in the hypothalamic-pituitary-gonadal axis and impair spermatogenesis.

For example, there is evidence that phthalates from plastics, heavy metals, pesticides, and other industrial pollutants interfere with sex hormones, particularly testosterone and estrogen, and adversely affect the development of a child in the womb.

In 2022, Chinese scientists took samples from about 33 thousand men and compared their results with the level of pollution in the area where they live.

It turned out that the more the participant was exposed to fine particles (they are emitted by many industrial enterprises), the lower was the overall motility of spermatozoa, as well as their progressive motility – that is, the ability to swim forward.

There is also evidence that the radiation of technology affects fertility – and in several ways at once.

For example, a team of researchers from the Israel Institute of Technology presented their findings in 2020: 47% of men who carried gadgets in their pants pocket had reduced sperm activity (versus 11% of those who did not).

According to the authors, this is due to the fact that the technique heats up and raises the temperature in the groin area – which is bad for the health of the testicles.

Is there a way out?

One of the difficulties of the situation is that there are too many factors that affect the quality of sperm. The whole lifestyle of modern society works against fertility – it’s diet, and industrial pollution, and the abundance of available drugs.

“Our desire for more and more food. No one creates reproductive-impairing chemicals out of harm or anger.” Skakkerback was one of the first to point out that substances found in products such as soap, toothpaste and sunscreen affect sex hormones.

And yet, how can you invest in your own future – in your ability to leave offspring? One of the conditions is to monitor the state of health.

Experts recommend as early as possible to think about whether you want to have children. If you’re planning to delay parenthood (until, say, age 30+), it’s best to learn about the risks ahead of time.

If one of the relatives had infertility or difficulty conceiving, it makes sense to freeze the sperm in advance by placing it in a cryobank.

Under such conditions, spermatozoa are practically not at risk and can produce healthy offspring in the future – in 5, 10 and even 15 years.

Otherwise, doctors consider it necessary to have a healthy lifestyle – unlike ecology, genetics and other environmental factors, this part of the “fertility formula” is easier for us to control.

Niels Christian Gilmuiden, author of The Male Factor: Why Sperm Quality Decreases and How to Stop It?, lists several important things to do to maintain your fertility: