(ORDO NEWS) — New experiments were carried out to combine two classical approaches to controlled thermonuclear fusion magnetic and inertial plasma confinement. It turned out that applying a strong magnetic field to the fuel capsule improves its compression.

Controlled thermonuclear fusion is the most attractive promising energy source on Earth. The fusion of light nuclei releases more energy than the fission of uranium, and some of the fusion fuels are ubiquitous.

Every liter of water on Earth contains 34 milligrams of deuterium, which contains almost three hundred times more energy than a liter of gasoline.

In nature, thermonuclear fusion occurs in the depths of stars, but “harnessing” it on Earth is an extremely difficult task.

As the name implies, for thermonuclear fusion, the fuel must be converted into a plasma state and heated to the temperature of the stellar interior – tens or hundreds of millions of degrees. No material can withstand such conditions.

At first, ways to tame fusion energy were divided into two classes – with magnetic and inertial plasma confinement.

The first method uses the fact that the magnetic field prevents the movement of charged particles across the lines of force.

The plasma, which consists of them, in a sufficiently strong field can be kept for some time without touching the walls of the container.

In inertial confinement, the calculation is to compress and heat the fuel from all sides, for example, with the help of a super-powerful laser, and do it so strongly and quickly that the fuel ignites before it has time to scatter.

The development of both approaches has met and continues to meet a great many difficulties. It turned out that thermonuclear plasma exhibits various instabilities, which throw it onto the walls of the container in the first case, and do not allow the fuel volume to compress properly in the second. As they say, controlled fusion is always thirty years away, no matter what year the prediction is made.

One idea is that if the propellant is properly “magnetized” and then fired at with lasers, the magnetic field will help the plasma stay a little longer in a small volume, and most of the propellant will have time to react.

A research collaboration led by the Massachusetts Institute of Technology (MIT) and Arijit Bose studied in experiments what happens to a highly magnetized plasma when compressed and heated.

In a classic inertial fusion setup, a fuel capsule about a millimeter in diameter is irradiated from all sides to create the greatest possible symmetry of heating and compression.

The outer surface of the capsule evaporates, and the reactive force pushes the rest of its wall inward, compressing the fuel to a density ten times greater than that of lead, and heating it up to hundreds of millions of degrees. The spherical geometry creates the highest possible compression ratio.

In a magnetic field, there is a preferred direction lines of force and spherical compression symmetry is impossible there. Instead, the scientists hypothesized that the confinement of the plasma by the magnetic field compensated for the departure from perfect symmetry.

In the new experiments, the scientists placed a capsule of deuterium and tritium into a pulsed coil that generated a field of up to 50 tesla (the field on the surface of a neodymium magnet is 1 tesla, and the Earth’s magnetic field is about 0.05 thousandths of a tesla).

Such a strong field was needed to “catch” ions, which are much heavier than electrons and less responsive to a magnetic field. In a tokamak, the field is several tesla, and it is not surprising that an even stronger field was required in the inertial experiment. The lasers irradiated the capsule from above and below.

It turned out that a magnetic field of up to 8 Tesla does not affect the implosion of the capsule, and in a field of 50 Tesla the plasma cloud compressed along the field lines approximately twice as much as in the absence of a field.

The authors of the study claim that in their experiment it is in this way that the decrease in the thermal conductivity of the plasma in a magnetic field, which occurs due to the same obstruction of the movement of ions across the lines of force, affects.

Almost 70 years have passed since the idea of ​​fusion power sources appeared , and now engineers and scientists hope that the first kilowatt-hours will go from fusion power plants to the grid around 2048-2051.

Recall, however, the James Webb telescope: its launch was also pushed back many times, but it was noticed that the planned date of its launch depends on the date that the forecast was made, in an approximately linear way, and the two lines intersect in 2026.

Now it is 2022, and the telescope is already in space and is preparing to start observing. We hope that it will be similar with controlled thermonuclear fusion. 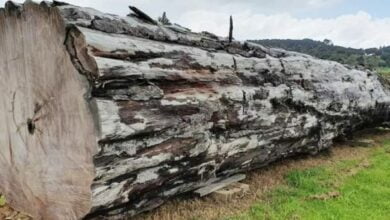 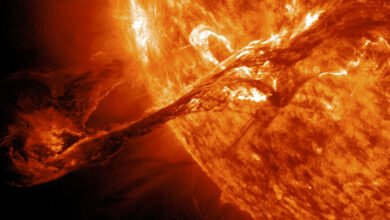 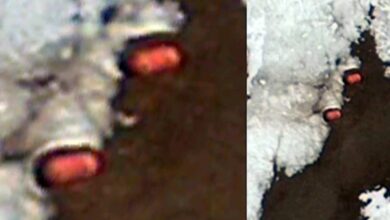 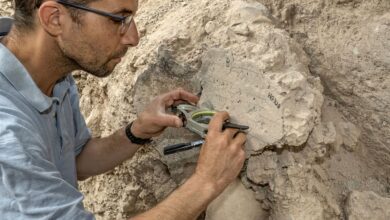 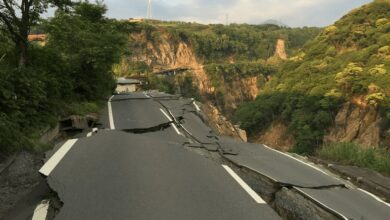