If you were somehow immersed in a 3D gas used for this study, you would hear each sound twice: each individual sound is carried by two different sound waves traveling at two different speeds.

This is an important advance in the field of superfluidity – fluids without viscosity that can flow without any loss of energy.

Remarkably, the observed behavior in the gas in terms of density and velocity was consistent with the parameters set by the two-fluid Landau model, a theory developed for superfluid helium in the 1940s. It pretty much seems like the same rules apply when it comes to quantum gas setups.

“These observations demonstrate all the key features of the two-fluid theory for a highly compressible gas,” the researchers wrote in their published paper.

We’d say don’t try this at home, but we doubt you can: In this experiment, the scientists cooled a gas of potassium atoms to less than a millionth of a degree above absolute zero, the atoms trapped in a vacuum chamber.

This partially formed what is known as a Bose-Einstein condensate, where there is so little energy that the atoms hardly move or interact with each other. . The interactions were then artificially enhanced so that the gas became hydrodynamic in other words, more like a liquid.

But because the Bose-Einstein condensate was still highly compressible like air it was still a gas. Instead of two liquids with slightly different properties, the setup created a condensed and non-condensed gas in one capable of transmitting two speeds of sound.

“We observed both the first and second sound in 3D supercold Bose analysis. a gas that interacts strongly enough to be hydrodynamic but still highly compressible,” the researchers write.

“We found that Landau’s two-fluid theory reflects all the essential features of this system, with the first and second sonic modes, respectively, dominated by fluctuations in the normal and superfluid components.”

Liquids and gases become quantum when they begin to exhibit quantum mechanical properties—they begin to obey a different set of laws from those that govern the classical physics of the universe.

In this case, the quantum nature of the gas explains a pair of sounds – one a typical wave of compressed particles, the other fluctuations in heat that act like particles.

All of this fuels our knowledge of quantum hydrodynamics, essentially the study of liquids in this quantum state.

The quantum realm is difficult to understand, and understanding how it will be useful for future research and observation.

As is often the case, this remarkable innovation for the first time sound has been shown to travel at two different speeds in a quantum gas will serve as a springboard for other types of research and experimentation in the years to come. Come.

“Experimental access to both microscopic and hydrodynamic properties provides an excellent opportunity for further study of Bose liquids. In particular, it would be interesting to explore lower temperatures,” the researchers write. 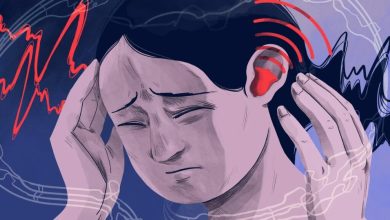 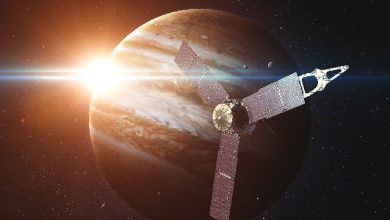