(ORDO NEWS) — In the city of Melbourne, in Australia, a marsupial was seen that became extinct almost a century ago.

A photo of an unusual creature that moved around the suburbs was immediately posted on social networks. In the comments to the post, it was written that this animal is very similar to the Tasmanian wolf.

A local resident saw an unknown creature with a very long tail running down the street. It was gray in color, and its entire body was covered with stripes. In its appearance, the animal was similar to the marsupial Tasmanian wolf.

It is worth noting that the last individual died in 1936 at the zoo, which was located on the island of Tasmania. Until today, residents of Melbourne and other cities in Australia say that they have repeatedly seen this animal.

The Australian stressed that the creature looked strange. Given that it quickly disappeared from sight, it was not possible to consider it in detail.

Many commentators noted that the animal still looks more like a very thin dog or a fox. In addition, Tasmanian wolves were much larger. Despite this, the animal captured in the photo does have stripes, although they are not clear enough.

The marsupial or Tasmanian wolf is a mammalian predator. The length of the described creature reached about a meter, and it was 50 centimeters in height.

A fox or a dog can have exactly the same dimensions. In turn, the Tasmanian wolves were 100-130 cm long, 50-65 cm high. The average weight of predators ranged from 15-30 kg. The last representative of this species was called Benjamin. 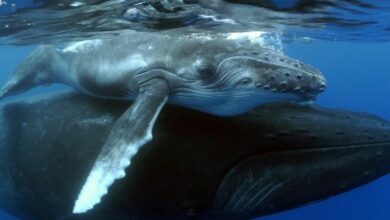 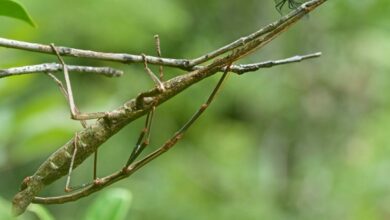