(ORDO NEWS) — This seriously changes our understanding of the development of agriculture and the transfer of agricultural technologies in Eurasia.

Agriculture scientists call the main economic activity in ancient Mesopotamia. But here the methods of its conduct were very different from those typical for other areas of early agriculture. In the summer there, even in slightly more humid Northern Mesopotamia, it was so dry that typical cereals grew poorly, crops grown in the wetter months did not always provide enough food for the population.

Therefore, for a long time it was believed that before the appearance of large-scale irrigation projects of the middle of the first millennium BC, purely “summer” crops were practically not grown there.

A group of researchers from Rutgers University (USA) published a paper in the journal Scientific Reports that greatly changes the picture. They found the earliest evidence of millet ( Panicum miliaceum ) cultivation in Mesopotamia (in present-day Iraq). 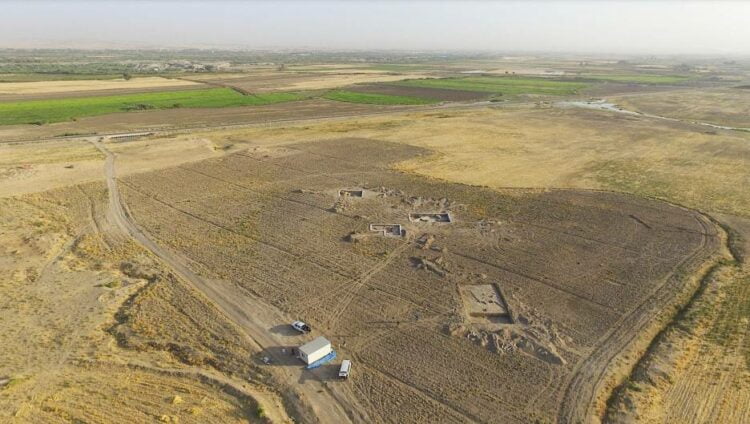 The scientists analyzed microscopic plant remains (phytoliths) from Hani-Masi. This Late Bronze Age archaeological site is located in northern Iraq, with excavated sections dating from 1415 BC to 1290 BC. The dating is based on studies of pottery and burials.

There is some written evidence, on the basis of which a number of scientists concluded that agriculture in the arid regions of Mesopotamia was practiced as early as the 3rd millennium BC.

But archaeological finds did not confirm this: everything indicated that the locals were pastoralists. The first irrigation facilities appeared there only in the 1st millennium, at the same time, historians believed, the locals began to actively cultivate the land.

The discovery of traces of millet in Hani-Masi changes everything. First, millet was domesticated in East Asia (thought to be in China). And its discovery in Western Asia speaks of fairly strong ties between parts of the continent: agricultural practices are passed, as a rule, with more developed trade relations than ordinary ceramics.

Earlier, in Dzungaria (the west of modern China), traces of millet cultivation were found, which, under local conditions, could be fed to livestock in the winter months. Now it turns out that the movement of millet to the west was not limited to modern Western China, but reached Mesopotamia. Agree, a very early example of globalization in the food issue.

Second, it changes our understanding of Mesopotamian history. It is believed that agricultural production was the basis for supporting and providing for the Mesopotamian cities, states and empires. Scientists’ new evidence that crops were grown during the summer months in northern Mesopotamia means that previous research has likely underestimated the capacity and resilience of ancient agricultural societies with a food system in semi-arid ecosystems.

What’s more curious is this. Irrigation in Mesopotamia, in any of its empires, has always been a state project: everything was built with funds from the treasury, specially appointed people (often temple priests) monitored the safety of the structures.

A new study shows that in the past, agricultural innovation was a local initiative, adopted as part of local diversification strategies long before it was used in “state plans” for agricultural intensification.

Let us add that Khani-Masi existed at a time when the Babylonian Empire was ruled by the Kassites – representatives of the ancient tribes who came from Western Iran and conquered Babylon.

In the Zagros Mountains, where the Kassites came from, agriculture existed, but this is all we know about it. Perhaps future research will also clarify whether millet was brought to the region along with the Kassite conquest.

Scientists have mapped an ancient city in Mesopotamia

Scientists have mapped an ancient city in Mesopotamia