(ORDO NEWS) — The Hopi Indians are an Indian tribe that has lived in Arizona for thousands of years. One of the most intriguing Hopi legends has to do with an ancient civilization called the Ant-People, which twice saved the Native Americans from a global apocalypse.

The Hopi Indians are an Indian tribe that has lived in Arizona for thousands of years. The place is famous for the Grand Canyon, a beautiful desert area. According to Hopi legends, the gods guided them there and built stone housing estates.

Several stone complexes, the so-called pueblos, remained from the ancient Hopi. Near their homes, the Hopi grew corn, beans, and pumpkins on dry rocky ground. The Hopi language is similar to the language of the Aztecs. 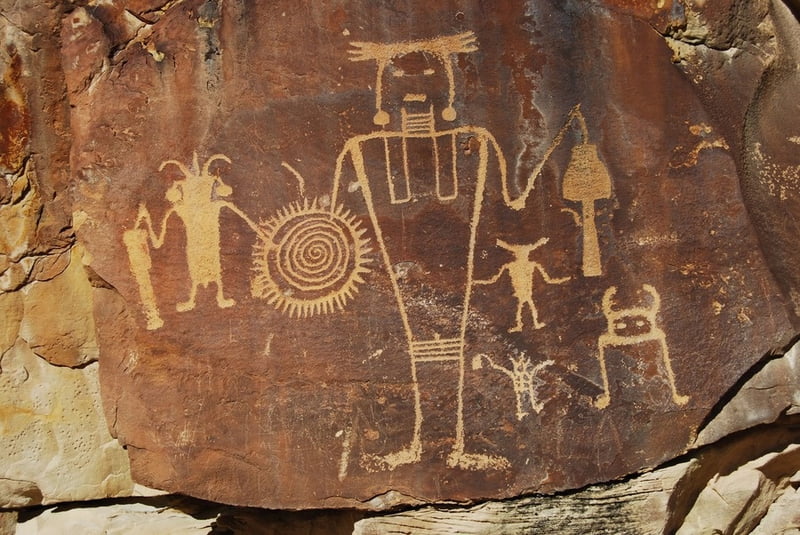 Among researchers of anomalous phenomena, the Hopi are primarily known for their stone tablets, which supposedly contain predictions of the future. However, in addition to these tablets, Hopi culture has a lot of interesting things.

One of the most intriguing Hopi legends involves the ant-men who twice saved the Hopi people from a fire, a volcanic eruption, an asteroid impact, an ice age, and a massive solar coronal mass ejection.

During these devastating events, the Ant People civilization hid the Hopi people in their underground caves and provided them with food and water.

These legends portray the Ant-Men as generous and industrious, who also taught the Hopi the secrets of long-term storage of food without spoiling.

On ancient petroglyphs around the world, and in particular on this one from North Africa, you can often find images of unusual creatures with antennae or horns on their heads. Many people believe that the creatures in the image are shamans, but could they be images of insect-like people?

Ant people and ordinary ants (insects) have some connection with the constellation Orion. This constellation is most clearly visible in winter, when the ants hibernate. And in February, when the sky is at its brightest, the Hopi perform a sacred dance ceremony called Povamu in the ceremonial kiva dwelling.

The ceremony is dedicated to a god named Anu Sinom, who long ago taught the Hopi how to grow beans and saved them from starvation. At the same time, there is an interesting coincidence with the fact that there is a Babylonian god with the same name Anu, and that the “ant” in the Hopi language is also “Anu”.

And the phrase “anu-naki”, which is translated from the Hopi language as “friend of ants”, is surprisingly similar to the Sumerian word “Annunaki”, meaning creatures that came to Earth from heaven.

Chlamydia are not exactly parasites – they protect their hosts from mimiviruses

Chlamydia are not exactly parasites – they protect their hosts from mimiviruses