(ORDO NEWS) — Under hypnosis, many people remember the details of past lives, even to the extent that they take on the appearance of their former selves and speak foreign languages!

Memories of past lives usually arise spontaneously, more often in children than in adults. Those who support the idea of ​​reincarnation believe that this is because children are closer to their past lives and that their minds have not been clouded or “recorded” by their current life.

Adults who recall past lives often do so as a result of some unusual experience, such as hypnosis, lucid dreams, or even a blow to the head. 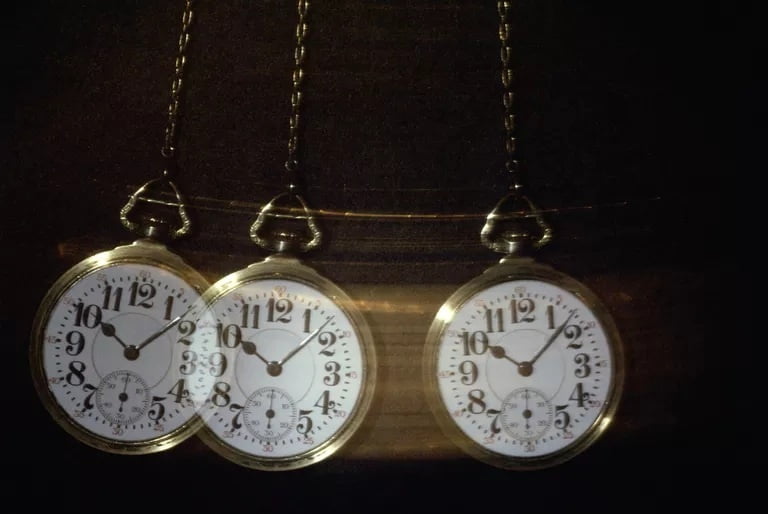 Here are some outstanding cases:

In 1824, a nine-year-old boy named Katsugoro, the son of a Japanese farmer, told his sister that he believed he had a past life.

According to his account, which is one of the earliest recorded past life recollections, the boy clearly remembered that he was the son of another farmer in another village and died of the effects of smallpox in 1810.

Katsugoro could remember dozens of specific events from his past life, including details about his family and the village they lived in, even though Katsugoro had never been there.

He even remembered the time of his death, burial, and the time before rebirth. The facts he related were later corroborated during the course of the investigation.

Perhaps the most famous case of past life recall is that of Virginia Teage, who recalled her past life as Bridey Murphy. Virginia was the wife of a businessman from Pueblo, Colorado.

While under hypnosis in 1952, she told Maury Bernstein, her therapist, that over 100 years ago she was an Irish woman named Bridget Murphy who went by the nickname Bridie.

During their sessions together, Bernstein marveled at the detailed conversations with Bridie, who spoke with a pronounced Irish accent and spoke at length about her life in 19th-century Ireland.

When, in 1956, Bernstein published his book on the case, Finding Bridey Murphy, it became known throughout the world and sparked a great deal of interest in the possibility of reincarnation.

Over the course of six sessions, Virginia revealed many details of Bridie’s life, including her date of birth in 1798, her childhood in a Protestant family in the city of Cork, her marriage to Sean Brian Joseph McCarthy, and even her own death at the age of 60 in 1858.

Like Bridie, she provided many specific details such as names, dates, places, events, shops and songs – something Virginia always marveled at when she woke up from hypnosis.

In 1986, a woman known by the pseudonym “Monica” was hypnotized by psychotherapist Dr. Garrett Oppenheim. Monica believed she had discovered her past existence as a man named John Ralph Wainwright who lived in the southwestern United States.

She knew that John had grown up in Wisconsin, Arizona and had vague memories of siblings. As a young man, he became a deputy sheriff and married the bank president’s daughter.

According to Monica’s “memoirs”, John was killed in the line of duty – he was shot by three men he had once sent to prison – and died on July 7, 1907.

Sujit was born in Sri Lanka (formerly Ceylon) and barely learned to speak when he started telling his family about the past life of a man named Sammy. Sammy, he said, lived eight miles south in the village of Gorakana.

Sujit talked about Sammy’s life as a railroad worker and smuggler of whiskey called “arrak”. After an argument with his wife, Maggie, Sammy ran out of the house and got drunk, and while walking along a busy highway, he was hit by a truck and died.

The young Suite often demanded to be taken to Gorakana and had an abnormal taste for cigarettes and arrack.

Sujit’s family had never been to Gorakan and didn’t know anyone who matched Sammy’s description, but being Buddhists believed in reincarnation and were therefore not completely surprised by the boy’s story.

Investigations, including one by a professor of psychiatry at the University of Virginia, have confirmed up to 60 details of the life of Sammy Fernando, who actually lived and died (six months before Sujit’s birth) as Sujit said.

When Sujit was introduced to Sammy’s family, he surprised them with his acquaintance with them and knowing the names of their favorites. This is one of the most powerful cases of reincarnation ever recorded.

Hypnosis is not the only method by which past lives are recalled. One British woman suffered from a recurring dream in which she, as a child, and another child she was playing with fell from a high gallery in their home and died.

She distinctly remembered the black-and-white marble floor where they had died. She repeated this dream to several of her friends. Some time later, the woman visited the old house, which had a reputation for being haunted.

This house, with its black and white marble floor, the woman immediately recognized as the place of death in a dream. Subsequently, she learned that her little brother and sister really died in this house.

These are just a few of the most famous examples of past life recall. Those who practice past life regression therapy today claim that it has certain benefits. They say it can shed light on personal issues and relationships in the present life, and even help heal past life wounds.