Scientists managed to reconstruct the faces of three men living in Egypt about two thousand years ago. During this work, we used the DNA that was previously extracted from the mummies discovered by specialists.

The mummies were brought from the huge ancient city of Abusir el-Melek. It was located near modern Cairo. All three men died between 1380 BC and 425 AD. In 2017, DNA was extracted from their remains by scientists from Germany. It should be noted that this was the first time that specialists managed to carry out this type of work.

Employees of Parabon NanoLabs used the obtained genetic data and created 3D models of the faces of ancient mummies. Additionally, such modern technology as DNA phenotyping was used. This technology is very common in forensics. It allows you to easily restore various physical characteristics of a person, using exclusively genetic material.

The study found that all men had light brown skin, dark eyes, and hair. In terms of their genetic parameters, they are more reminiscent of modern people living in the Mediterranean or the Middle East.

Scientists noted that there is no need to study the entire genome in order to obtain the desired information. It is enough to investigate only individual regions, called single nucleotide polymorphisms.

Where is the golden top of the Great Pyramid?

Where is the golden top of the Great Pyramid? 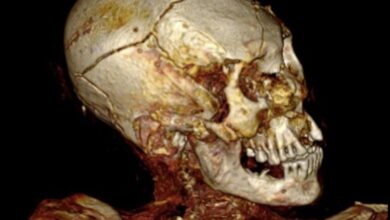 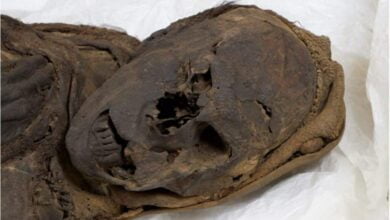