(ORDO NEWS) — The 400,000-year-old bones contain evidence of unknown species, which has led scientists to question everything they know about human evolution.

In November 2013, scientists extracted one of the world’s oldest human DNA from a 400,000-year-old femur, containing evidence of an unknown species on earth.

The DNA of these hundreds of thousands of years old human ancestors shows a complex pattern of evolution in the origins of Neanderthals and modern humans.

The bone belongs to a human, but contains “Extraterrestrial DNA”. This remarkable discovery has led scientists to question everything they know about human evolution.

A 400,000-year-old hominin femur has been found to contain mitochondrial DNA for analysis. 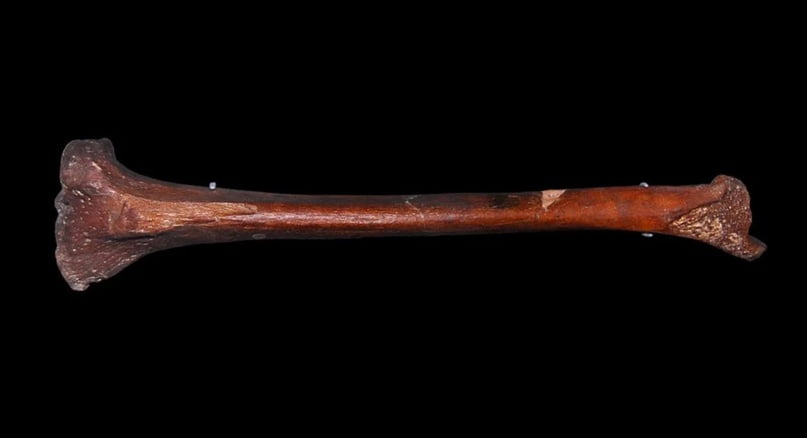 The 400,000-year-old genetic material comes from bones that have been linked to Neanderthals in Spain, but its signature is most similar to that of another ancient human population from Siberia known as the Denisovans.

More than 6,000 human fossils, representing some 28 individuals, have been recovered from the site of Sima de los Huesos, a hard-to-reach cave, at a depth of about 30 meters in northern Spain.

The fossils appeared unusually well-preserved, thanks in part to the constant cool temperature and high humidity in the pristine cave.

The skeleton from Sima de los Huesos Cave has been attributed to an early human species known as Homo heidelbergensis.

However, researchers say the skeletal structure is similar to that of Neanderthals so much so that some say the inhabitants of Sima de los Huesos were actually Neanderthals, not Homo heidelbergensis.

The researchers who conducted the analysis said their results show an “unexpected connection” between our two extinct related species.

This discovery could unravel the mystery not just for the first humans who lived in the cave complex known as the Sima de los Huesos (Spanish for “Pit of Bones”), but also for other enigmatic populations during the Pleistocene era.

Previous analysis of the bones from the cave led researchers to suggest that the Sima de los Huesos people were closely related to Neanderthals based on their skeletal features.

But the mitochondrial DNA was much more like that of the Denisovans, an early human population thought to have split from the Neanderthals about 640,000 years ago. 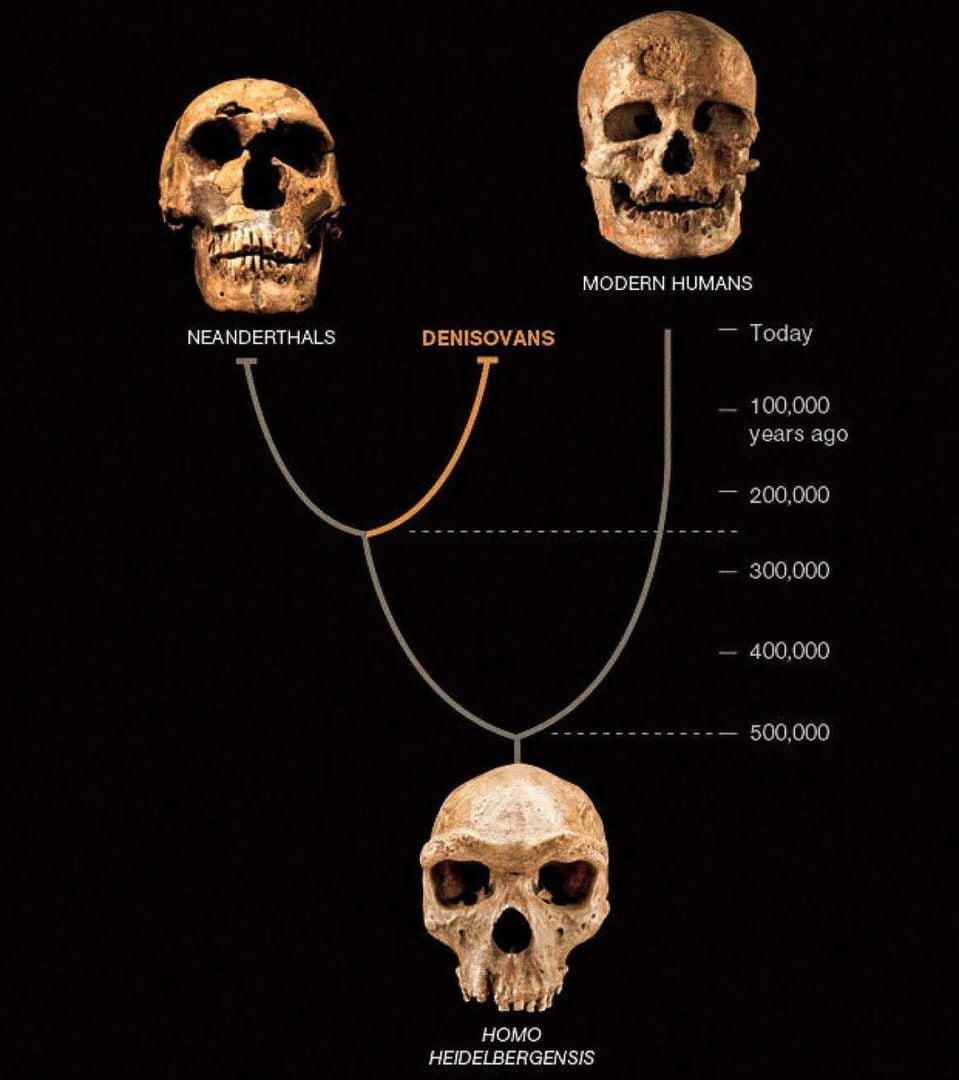 A third type of people, called Denisovans, seems to have coexisted in Asia with Neanderthals and early modern humans.

The last two are known from numerous fossils and artifacts. Denisovans have so far only been identified by DNA from one bone and two teeth, but this opens up a new twist in human history.

The scientists also found that 1 percent of the Denisovan genome came from another enigmatic relative, which scientists have dubbed “superarchaic man.”

In turn, it is estimated that some modern humans may contain about 15 percent of these “superarchaic” gene regions.

Thus, this study shows that the Sima de los Huesos people were closely related to Neanderthals, Denisovans, and an unknown population of early humans.

Who could this unknown human ancestor be?

One potential contender could be Homo erectus, an extinct human ancestor that lived in Africa about 1 million years ago. The problem is, we’ve never found H. erectus DNA, so the most we can do right now is speculate.

On the other hand, some theorists have come up with some really intriguing hypotheses. They argue that the so-called 97 percent of the non-coding sequences in human DNA are nothing more than the genetic code of extraterrestrial life forms.

According to them, in the distant past, human DNA was purposefully designed by some highly developed extraterrestrial race; and the unknown “superarchaic” ancestor of the Sima de los Huesos people may be evidence of this artificial evolution.

An extraterrestrial connection or an unknown human species, whatever it is, the results only further complicate the evolutionary history of modern humans – perhaps even more populations could have been involved.

The answers to our true history are hidden in our DNA throughout our history, and it is there that we must look for the origins of the emergence of the human race.