(ORDO NEWS) — The last winter month turned out to be tense for the inhabitants of Europe: the territory was covered with the radioactive sand of the Sahara, on which in the 1960s the French military conducted rigorous tests. Europeans are faced with the harmful effects of cesium-37.

The presence of cesium-37 has been proven by the ACRO laboratory.

An artificial radioelement was formed as a result of nuclear fission at the time of the explosion. According to scientists, the dust cloud is not life-threatening, since the concentration of cesium-37 is only 80 thousand Bq per km 2.

The radioactive element takes thirty years to decay. This means that it takes seven cycles of 30 years to completely disappear. Some parts of the Sahara where people walk are still dangerous, but the level of threat is not fatal.

Nuclear tests took place on 13.02.1960 near Regana in the south of Algeria. The bomb’s power was 70 kilotons, which is several times more powerful than Hiroshima.

The activation took place at 7 am. Between 1960 and 1966, France conducted approximately 17 tests of advanced weapons. It is worth noting that the continuation followed already in Polynesia; Jacques Chirac was able to stop the enthusiastic French politicians in 1996.

A mineral similar to Sesame Street Cookie was discovered in Brazil

A mineral similar to Sesame Street Cookie was discovered in Brazil 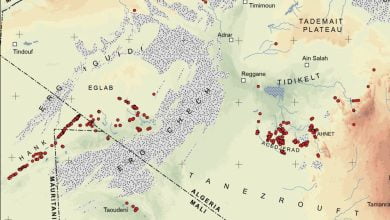 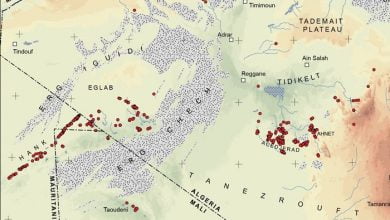 About 500 unknown ancient objects spotted from satellites in the Sahara