(ORDO NEWS) — For lovers of gossip about the paranormal, the theme of the Bermuda Triangle is one of their favorite. But researchers pay more attention to the Ilkley Marshes, an anomalous area in the English county of Yorkshire. It is located on land, not in the sea, and it is incomparably easier to get there, and as for all the devilry, it’s not less there than in the Bermuda triangle, and maybe even more.

Archeologists often come to the Ilkley area. Many thousands of years ago, there was a civilization, from which practically nothing remained.

Only legends, traditions, and forming a circle of 12 stones, which the locals call the 12 apostles. Archaeologists believe that once upon a time there was a 7x8m pyramid. For hundreds of years, people broke it, using stone for farm buildings – and completely destroyed it.

Throughout the valley here and there are plates with drawings printed on them. Exactly the same petroglyphs are found thousands of kilometers in Italy. What was this unknown civilization that stretched from Britain to the Apennine Peninsula? Archaeologists are looking for answers to this and other questions, but have not yet found them.

For researchers paranormal in Ilkley their puzzles. 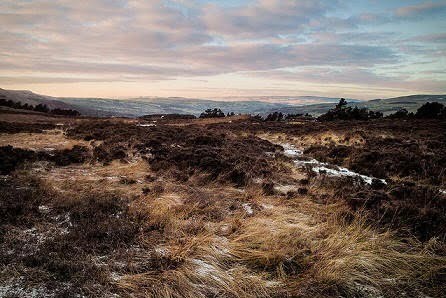 Poisonous green lights dancing over swamps, burning down vegetation, ghosts and ghosts, the souls of the dead, seeking tranquility and wandering among abandoned mines and dumps of rocks – all this has been in abundance since time immemorial. In the 20th century, ghosts were replaced by UFOs with aliens.

At the same time, they often allow you to shoot yourself on photo and video equipment, which, as a rule, they always try to avoid.

One of the most famous cases occurred on December 1, 1987. 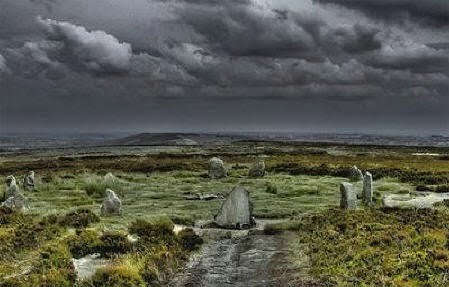 At about 7 in the morning that day I went to the swamps, taking my Nikon with me. Ilkley morning landscapes are very picturesque and I expected to take some successful shots.

That day, the whole sky above the swamps was covered in a huge cloud. I went down to the quarry and saw a huge dog rushing at me. She raced without touching the ground. I didn’t even have time to get scared and clicked the shutter of the camera several times. When the distance between us was reduced to 20 meters, there was a pop, a flash – the dog disappeared, only strange white ash flew in the air.

I headed toward the landing and heard a strange buzzing sound.

About 15 meters stood a humanoid creature, a little more than a meter tall with a perfectly round head and puffy arms and legs. I clicked and clicked the camera, and it waved its hands, expressing discontent with all its appearance. Then she jumped into a sound-producing metal box, which took off and hid in a cloud.

At the end of everything, at home, the officer discovered that 2.5 hours had “dropped out” of his life. 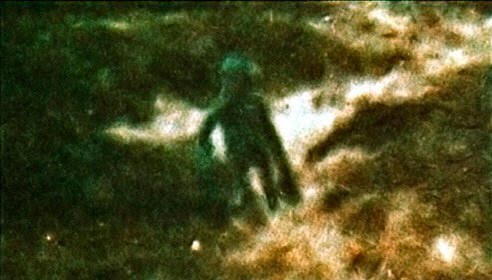 The officer faced a difficult choice. Call of duty required him to report on everything that had happened to his superiors, but he was afraid that such a strange story would harm his career.

Frustrated with doubts, he contacted the paranormal researcher Arthur Tomlinson, who met with the British Journal of Photography photojournalist and asked for an examination of the images. A few days later, the answer came “no signs of photomontage were found.” The same answer was given by Nikon experts. In store for these documents, the policeman wrote a detailed report and submitted it along with photographs and expert opinions to his superiors.

The mystery of the missing 2.5 hours 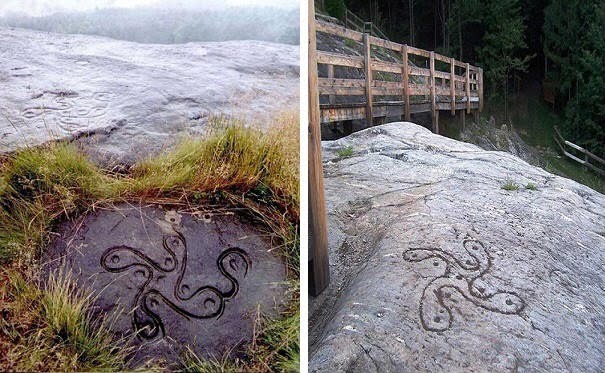 After making sure that the pictures and the story were not a hoax, Tomlinson suggested that the policeman undergo regressive hypnosis. The officer agreed, the session was conducted by the British hypnotherapist George E. Singleton.

The policeman, plunged into hypnosis, said that through a pipe with luminous walls he was pulled into the spacecraft and ended up in a white room, constantly changing shape. There he was subjected to a medical examination with an apparatus that took the form of his body. A policeman described the aliens as short creatures with pointed ears, round purple-black eyes, a small mouth and no nose. The skin is dull-rough, green, 3 fingers on the hands, 2 on the feet.

After a request to disclose his story, the policeman, after some hesitation, agreed, but subject to incognito retention. “I don’t need money or fame, and I don’t want journalists to turn my life into a nightmare,” he explained his condition. The officer continued his service in the police and did not tell anyone else about his strange adventure.

After 1987, for 5 years, aliens showed themselves 9 more times, and always to security or rescue services (4 police officers, 3 firefighters and 2 rescuers). This is strange, but it is a fact.

We are looking for a clue

What explains the anomaly of Ilkley? Geophysicists claim that in this region there are seismic stresses of the soil, at which energy is released, distorting the fundamental properties of time and space, forming a kind of “hole”. Through this portal, aliens and other “drums” also poke back and forth.

There is another clue. The volume of dumps of rocks of ancient mines decreases every year by 3%. Maybe in the garbage that we do not need, there are elements necessary for future technologies? And strange creatures – are couriers coming for rare raw materials? Only time can confirm or deny it.

How worms can start in a person’s throat

How worms can start in a person’s throat