(ORDO NEWS) — The Fort Leavenworth Military Prison in the 19th century had the status of a petition institution with the highest level of security. High thick walls with barbed wire on top of them, cold sullen casemates cast a longing on the prisoners. Only the prisoner Hadad did not consider Fort Leavenworth as a prison, because he could disappear from it at any time, which he did repeatedly.

Hadad stood out from the whole mass of prisoners. Not that he was black (there was plenty of this goodness at Fort Leavenworth), but exquisite manners and the right speech. (However, this was not surprising: Hadad had a completed training course in Oxford behind him) The prison doctors were shocked by his ability to control his body. Hadad could spontaneously stop the heart, breathing, stop the bleeding from the wound.

But most of all, the administration of the correctional institution was beset by the ability of Hadad to suddenly disappear from prison. 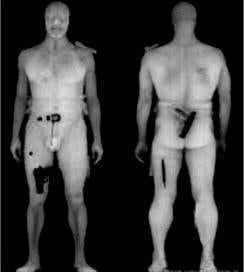 When the prisoner Hadad disappeared for the first time, the entire staff of the prison was raised to his feet. The missing prisoner was searched all night, but was not found. In the morning, he himself knocked on the gates of Fort Leavenworth. The administration hushed up the scandal, unsubscribing the incident as an error.

The second time, Hadad was again searched by the whole prison, and again he was found by himself. For the third time, the director of the prison, who already had two draggings from the authorities for unreasonably raised alarm, did not rush to report upstairs about the state of emergency, and he was right. In the morning, Hadad, as if nothing had happened, knocked on the gates of his “native” prison.

There are no barriers for a music lover

Since then, the Fort Leavenworth administration perceived every visit of musicians to Kansas City as a tragedy. Hadad was locked up in solitary confinement, in a prison car, tied up, shackled in shackles – all in vain. Hadad only chuckled. He disappeared almost in front of the jailers, as soon as they turned away for a second or simply covered their eyes. And in the morning, the “missing” knocked on the gate: “Let me back into jail.” Hadad has repeatedly told the administration that he is not going to run and intends to serve the entire term set for him until the end. Accustomed to his constant “absenteeism”, the authorities didn’t even make a fuss at the next disappearance.

Once Hadad was found hanging in solitary confinement on the belt of a guard who guarded him. (The jailer swore that he did not give the prisoner a belt) The doctor stated death. Together with a feeling of regret (the prisoner was good, quiet, calm), the director also experienced incredible relief. The body was taken to the morgue. However, when the doctor decided to start the autopsy, the “dead” got up and said: “I strongly object that you do this.”

When the director was informed that the funeral of Hadad had to be canceled, he became ill.

Everything ends sooner or later. The term of the prisoner Hadad also ended. The prison governor personally escorted him out of the gate and tearfully asked him never to return to Fort Leavenworth.