(ORDO NEWS) — An international team of scientists accidentally discovered a new radio galaxy during observations. It turned out to be the largest of all that was discovered before and occupies about half a degree on the celestial sphere.

At the center of many galaxies is a supermassive black hole that absorbs the surrounding matter, which actively radiates energy in different ranges – this is called the “active galactic core”.

But sometimes such a black hole causes the formation of two oppositely directed flows of matter – jets. They, also radiating, increase the size of the galaxy in the radio range. This is the so-called radio galaxy, and scientists have found the largest of all known. 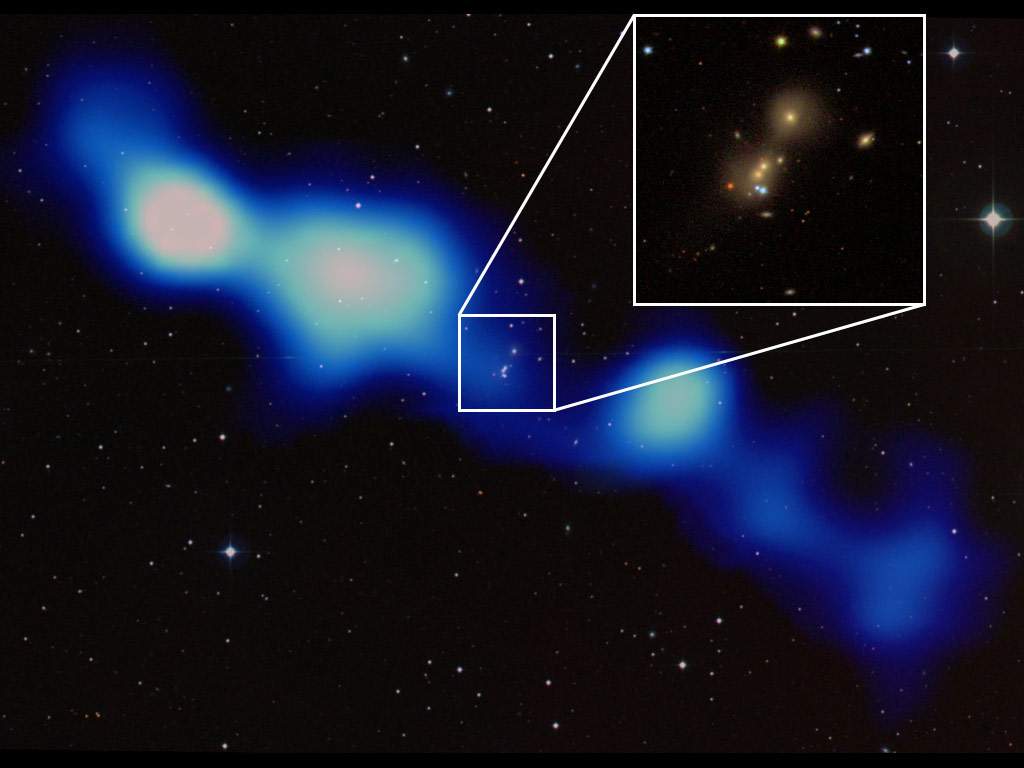 Scientists have discovered a radio galaxy in the sky that spans at least 16 million light-years. The object was named Alcyoneus in honor of the son of Uranus.

For comparison, the distance to the Andromeda galaxy is about 2.5 million light years. The discovery was made possible through the use of the low-frequency radio interferometer LOFAR.

It would seem that 3 billion light years is not so much, and therefore we had to discover this source of radiation earlier. But, scientists say, the point here is that the jets radiate rather weakly and therefore have so far gone unnoticed. 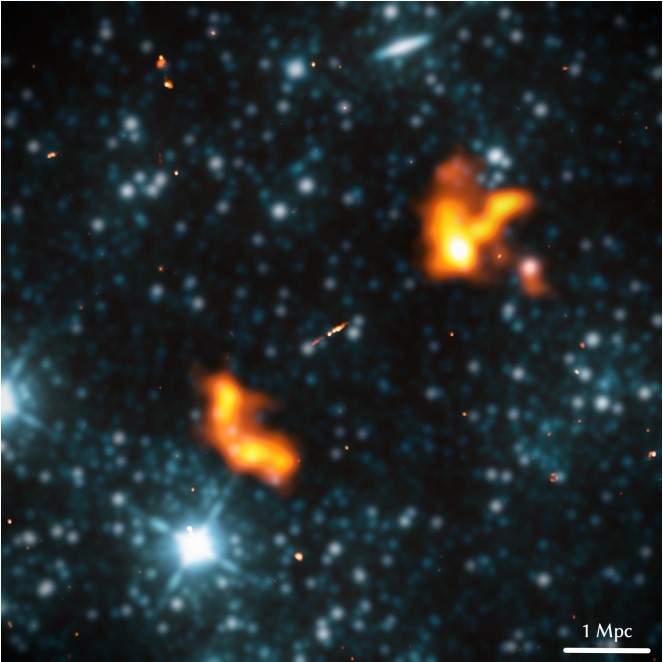 So what allowed Alcyoneus to grow to such a record size?

Scientists were surprised when they discovered that the largest known radio galaxy is no different except for its size: no additional source of “food” for a black hole, no super-powerful jets.

Therefore, while researchers do not know what caused the growth to a phenomenal size. Therefore, now the attention of radio astronomers will be concentrated on the environment of the object – perhaps there is a clue.