(ORDO NEWS) — Since exoplanets are very far from us, the study of their atmospheres is very difficult for scientists. New research shows that artificial intelligence (AI) could be one of our best tools for studying exoplanet atmospheres – but only if we can show that these thinking algorithms are based on reliable, scientific method, rather than trying to “cheat system”.

Astronomers usually use the transit method to detect exoplanets, which measures the changes in the light intensity of a star as a planet passes in front of it. If the planet has an atmosphere, then it can also absorb some of the starlight. Observing this event at different wavelengths – or colors – can reveal characteristic “fingerprints” in the spectrum of absorbed starlight, corresponding to particular molecules of atmospheric gases.

A typical signal generated in the atmosphere of a planet like Jupiter attenuates the light of a sun-like star by only about 0.01 percent. Earth-like planets generate another 10-100 times less intense signal. This can be compared to trying to determine the color of the eye of a cat on the surface of the Earth, when observed from an airplane,

In the near future, next-generation space observatories such as the James Webb Space Telescope (JWST) and the Ariel Space Mission, which will observe exoplanets from near-solar orbits, are expected to capture high-quality spectra for thousands of exoplanet atmospheres.

But despite the great excitement of scientists about the future success of these missions, a number of new studies indicate that analyzing the results of such observations can be a big problem. Due to the complex nature of the gas envelopes of the planets, the analysis of one transit planet can take several days or even weeks.

Therefore, it is only natural that scientists turn to alternative instruments. AI has proven itself well in terms of “storing” large amounts of data and “training” on them for the subsequent execution of various tasks. Therefore, scientists have tried to use AI to predict the concentrations of various chemical compounds in the atmospheres of planets.

A new study led by a team led by Kai Hou Yip of University College London, United Kingdom, shows that AI is well suited for this purpose. But in order to prove this, the authors turned to the consideration of the logic of AI.

In their work, Hou Yip and his colleagues analyzed the thinking of AI using a new original method, the essence of which is to identify the most significant features of an object from the point of view of recognition using AI by the method of sequential “blurring” of various areas of the recognized image.

If the task of AI is to identify a cat (see photo), then by gradual blurring of some or other parts of its body, one can find out that for AI the most important areas are the muzzle and paws, while the blurring of the zone located in the area of ​​the animal’s body , has little effect on the reliability of identification, the authors illustrated their approach.

The work was published in the Astrophysical Journal. 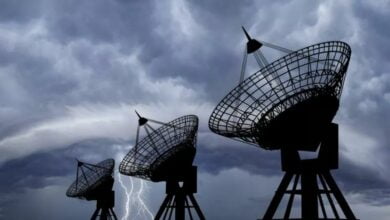