(ORDO NEWS) — Paleontologists have described a “vampire” predator that lived in the Earth’s oceans 160 million years ago. It was the oldest known relative of modern squid, according to Scientific Reports.

A team from the Sorbonne University (France) studied a 164-million-year-old cephalopod Vampyronassa rhodanica fossil. They used synchrotron tomography to reveal small features of the body’s structure.

The evolution of vampire squids is not well understood. Their bodies are made up of soft tissues that are rarely fossilized.

The study showed that the ancient squid was small (about 10 cm long) and had an elongated oval body with two small fins.

It possessed powerful suction cups on its tentacles and filaments known as “feathers”. Obviously, these devices were used to capture and hold prey.

The scientists concluded that Vampyronassa rhodanica was an active predator. This distinguishes it from modern vampire squid.

They also possess suction cups, but they only use them to catch drifting organic particles from the water. Vampire squids are the only surviving representatives of their family and the only cephalopods that do not hunt for live prey.

The study showed that the ancient squid occupied a completely different ecological niche than its modern descendant.

In the course of further scientific work, scientists intend to establish what caused the mollusks to change their lifestyle so radically and when it happened. 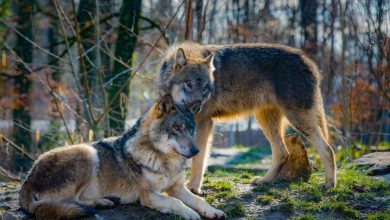 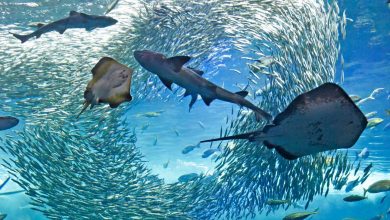 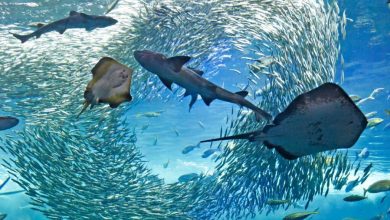 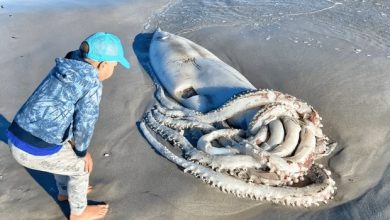 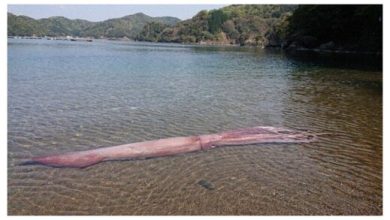