(ORDO NEWS) — Astronomers have been observing the asteroid Cleopatra for some time. It differs from many other known space objects in a very unusual property.

It is worth noting that Cleopatra is part of the Main Asteroid Belt, which is located between the orbits of Jupiter and Mars. This is reported by Astronomy & Astrophysics.

Cleopatra has a rather strange shape. The object is divided into two different lobes, between which there is a small bridge. Also, the asteroid has two satellites of its own, which are named CleoSelina and Alex Helios.

This unique object was discovered only two decades ago, and only recently scientists have received fairly clear images of it.

Thanks to these photos, it was possible to learn a lot of new information regarding the formation of the asteroid. Researchers suggest that the satellites may well be part of Cleopatra herself and separated from her for unknown reasons.

Astronomers were able to get pictures using a special device SPHERE, which was previously connected to a powerful telescope. The device made it possible to take a photo of a space object during rotation from different angles.

Cleopatra’s length reaches approximately 270 meters. Moreover, one part of the asteroid is larger than the second. Scientists also note that the object is porous and has a low density index. In other words, it is just a “pile of rubble” consisting of huge chunks of rock that hardly stick together.

Astrophysicists figured out which asteroids could become carriers of life

Astrophysicists figured out which asteroids could become carriers of life 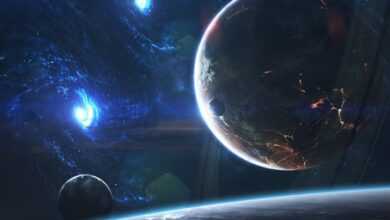