(ORDO NEWS) — Bangladesh has low prices and a lot to see, but when deciding on a visit to the country, it is better to know in advance about the strange local habits.

Bangladesh is unspoiled nature, the world’s largest mangroves and Bengal tigers, wild and beautiful. The ruins of ancient fortresses and cities are scattered throughout the country. Slightly south of the capital of Dhaka is the confluence of the sacred rivers – the Ganges and Brahmaputra. If you add to all this the incredibly low price level, then you get an interesting destination for an unusual trip.

Their language lacks the letter “z” 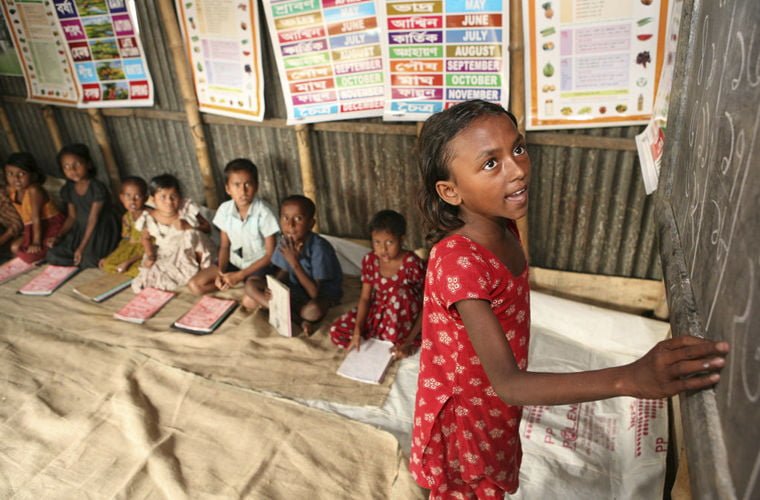 In Bengali, the Bengali language, there is no letter “z” and, accordingly, there is no such sound, so many words in English in the pronunciation of the inhabitants of Bangladesh sound very unusual for Europeans. For example, “zero” in English (zero) they will pronounce as “jiro”, and the popular Arabic (the majority of Bangladeshis are Muslim) name Zaid (Zaid) here automatically turns into Jayd.

They have no rules on the roads 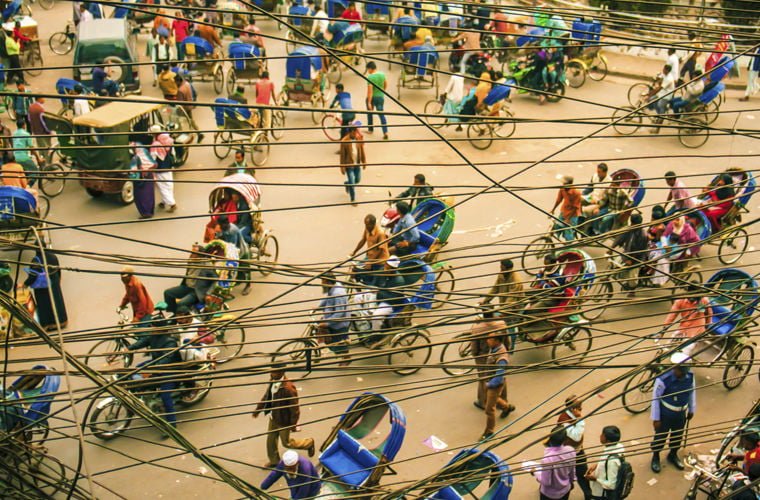 There are no road rules here. At all. None. The main traffic control tool is the sound signal. Everyone beeps, everywhere and always. Therefore, in Bangladesh, it is highly discouraged to rent a car for travel, it is better to take a car with a driver right away. 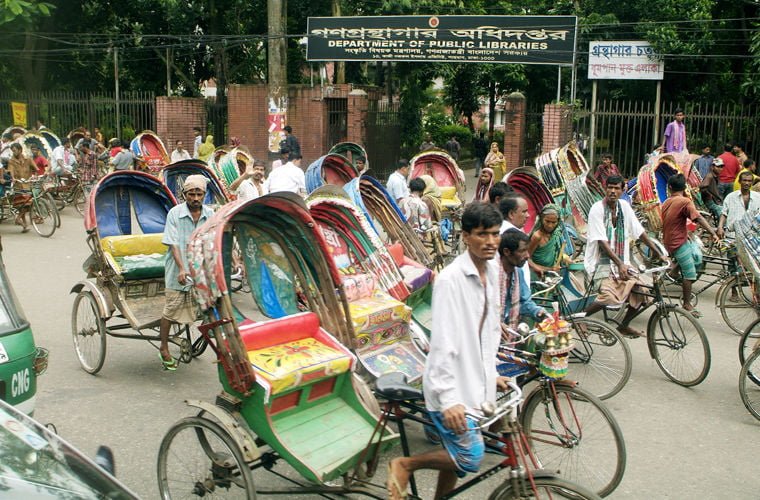 Another feature of local transport links is rickshaws. It is because of them that the average speed of movement in the city does not exceed 30 km / h, and on small streets it generally drops to 10 km / h. Everyone, without exception, uses rickshaws. In general, it is very rare to see a Bangladeshi on foot. Even if you have to walk 500 m to the grocery store, the Bangladeshi will ride a rickshaw.

They can fall into the sewers. 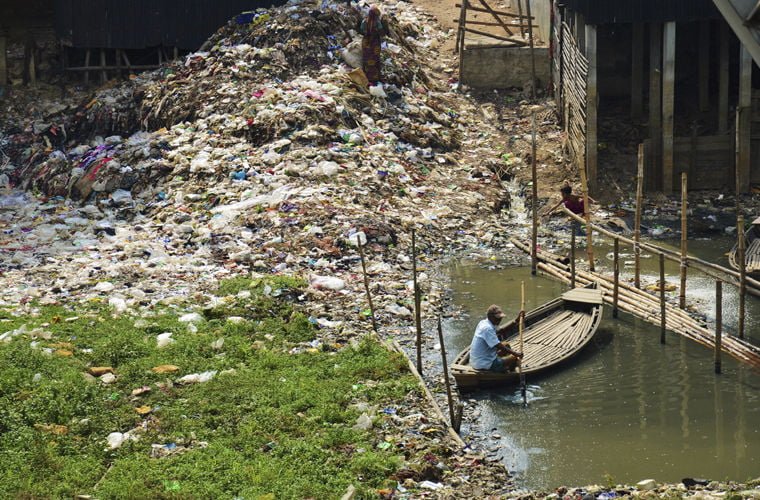 There is no point in writing about the dirt in Dhaka, but if you still don’t want to litter, you will have to wait until the hotel – there are no waste bins in the city. In addition, there is no central sewage system and treatment facilities that we are used to – the entire sewer system is made up of concrete gutters under the sidewalks.

Waste from human life flows directly into lakes or rivers, and then into the Bay of Bengal. Moreover, pedestrians have to be very careful while moving on the sidewalks – often holes are made in them for cleaning, into which, unknowingly, you can easily fall through. 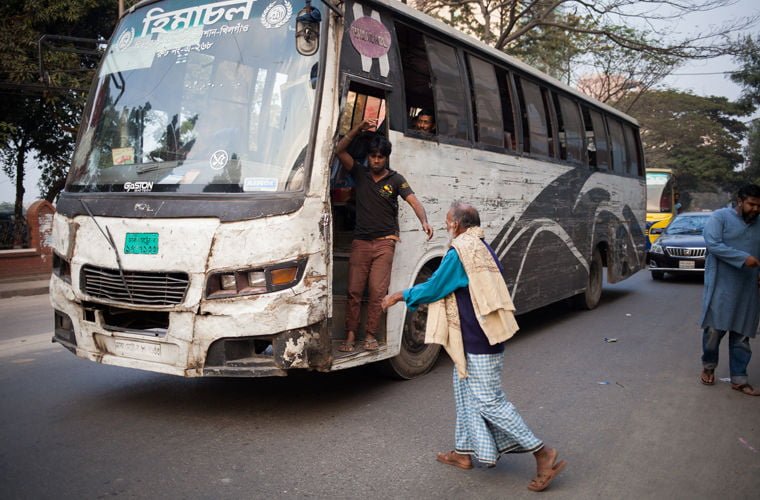 Buses in Bangladesh are mastodons, fossil aggregates that, it seems, flock here from all over Asia, and only after major accidents. Finding even a relatively intact one is difficult – most of them are painted at least a dozen times, so that the paint peels off in pieces, and bits at least a thousand times. It is often possible to observe a battle of buses, when, near a stop, one does not let the other through and they begin to deliberately “butt” and push each other, making room for themselves.

They watch cricket all over the country 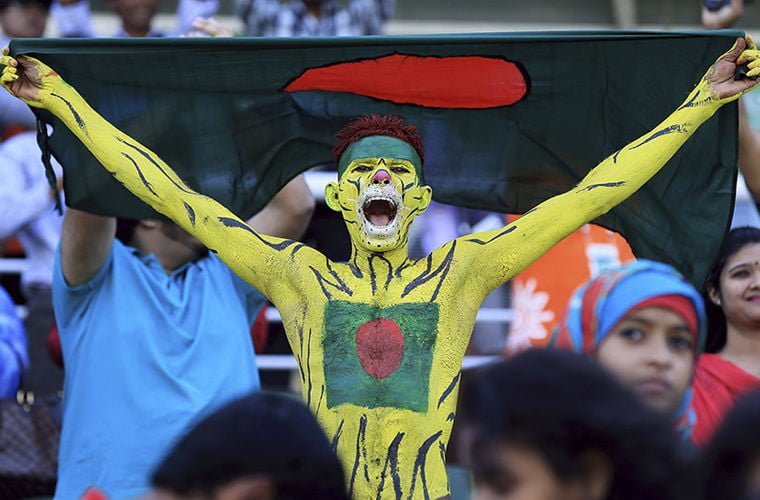 Cricket is by far the most important game for any Bangladeshi. They support their national team throughout the country, and if there is a match, then everyone will watch it – in a cafe, in an office, in stores. Every point earned will be accompanied by shouts of approval, and this is not just a sight – every self-respecting Bangladeshi plays cricket himself.

Those who have money – at special sites, who do not have it – right in the yards and on the roads. For this purpose, open areas are specially organized in cities, where everyone can play their favorite game. Finding free space on them, especially on weekends, is a big problem.

They have no alcohol, but betel nut 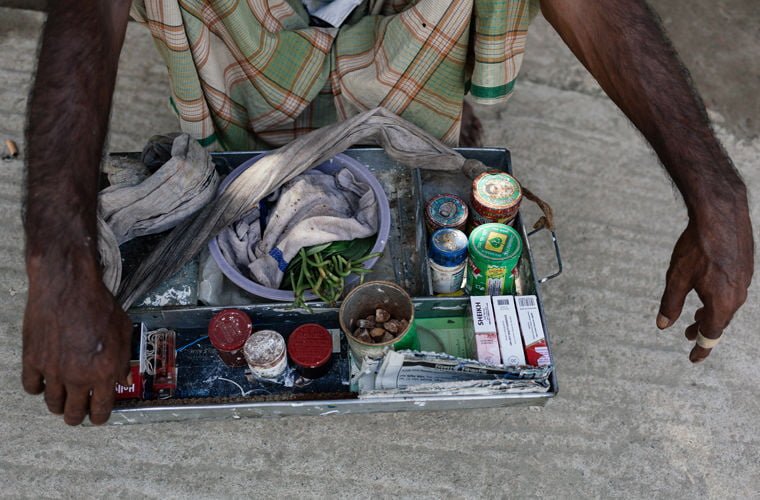 As in many other Muslim countries (although this is not officially stated), alcohol is not sold here. If you try, you can find him, but for this you have to turn to local acquaintances. There is also alcohol in duty free at the airport and in large hotels, but its prices are unlikely to please the tourist. So, if necessary, it is better to take it with you. However, there is no problem with cigarettes, which are sold on every corner, and with betel nut, which can also be bought almost everywhere. 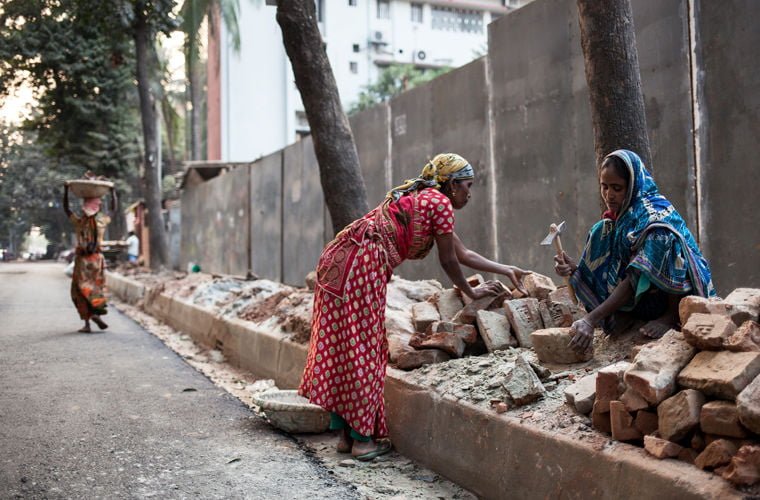 Due to the extremely low standard of living in Bangladesh, women have to work on an equal basis with men (road works, earthworks, housing construction). Often, at the beginning and at the end of the working day, whole groups of women (usually from the provinces) are seen on the streets, walking somewhere with their tools: a hoe and a small pelvis.

They ride on rooftops 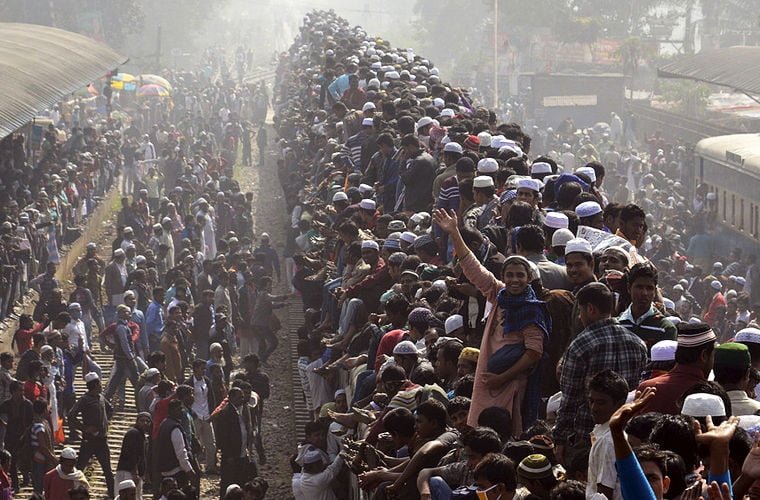 Bangladesh is one of the most populous countries in the world. Imagine: about the same number of people live in a territory that is 116 times smaller than Russia! Therefore, one of the characteristic features of movement here is accommodation on the roof – be it a train or a bus.

Especially during the big holidays, when all the workers go home to the villages from Dhaka by train. At this time, the transport is literally not visible for people. However, at the end of the working day, all the roofs of the buses are filled with “hares”. The reason for this is the extremely low standard of living and the unwillingness, and often the inability to pay for travel. On holidays, those who simply do not fit inside the transport join the “hares”.

They live on water 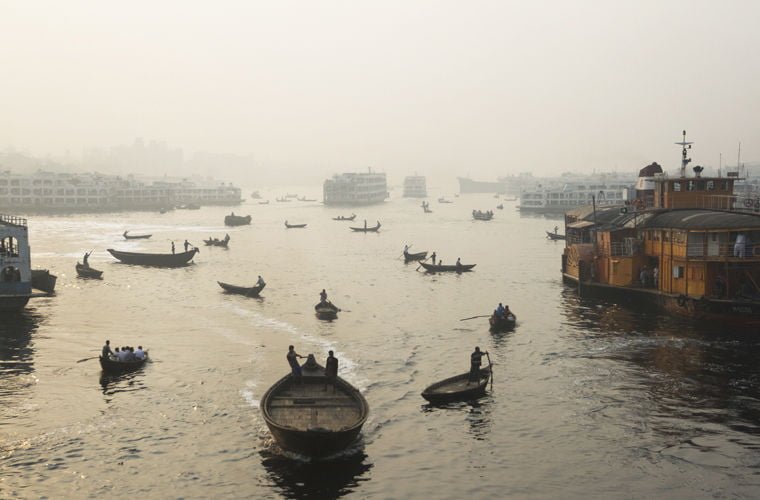 When you land in Dhaka, it seems that there is one big lake below and instead of the landing gear, the plane will now release floats, like an amphibian. Indeed, at Dhaka International Airport, only the landing strip is not in the water, and everything where there is no concrete is covered with it.

Because of this, there are a lot of mosquitoes here in winter (the most favorable climatic conditions for tourism). Of course, water is not everywhere in Bangladesh, and most houses are on land, but since the whole country is located at sea level, the groundwater is very high, and there is too much rain in the season. It is from this that any depression almost immediately turns into a puddle or pond.

By the way, scientists all over the world agreed that it is Bangladesh that is threatened with almost complete extinction (more precisely, flooding) even with the slightest warming of the climate and an increase in the level of the world ocean.

The smallest cow in the world was discovered in Bangladesh

The smallest cow in the world was discovered in Bangladesh