Note the jet streak below the crater. Only a small part of it is visible in the image, but according to available data, it extends for more than 500 kilometers.

This band is the result of the interaction of the crater material with high-speed winds in the upper atmosphere of the planet – after the fall of the space rock, part of the light material soared up, where it was picked up by the winds and carried away from the impact formation. Jet streaks near the craters of Venus are a unique phenomenon in the solar system .

The second image is a colorized (approximately in natural colors) and improved fragment of the first image. Behind the implementation is amateur astronomer Jason Major. 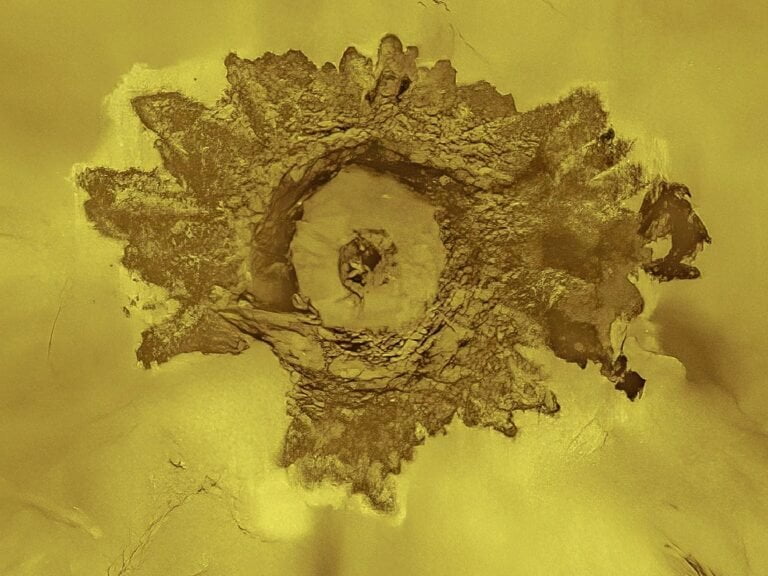 Recall that Magellan is the first spacecraft in history to carry out detailed and full-scale radar mapping of Venus.

The device was launched on May 4, 1989, and on August 10, 1990, it went into orbit around Venus, making systematic approach and removal (the minimum flight altitude is 295 kilometers, and the maximum is 8,500 kilometers) to collect various data.

During the final approach to Venus, which occurred on October 12, 1994, contact with Magellan was lost.

Not quite human? Bela Kiss, the Hungarian vampire

Not quite human? Bela Kiss, the Hungarian vampire