(ORDO NEWS) — The heart of the Milky Way appears to be a hotspot for molecules that combine to form RNA.

A new study of the thick molecular clouds shrouding the galactic center has revealed the presence of a wide range of nitriles – organic molecules that are often toxic in their own right but are also the building blocks of molecules essential for life.

The increase in prebiotic molecules (molecules involved in the origin of life) found at the galactic center, especially those associated with RNA, has implications for our understanding of how life originated in the universe – and how it originated here on Earth.

Here we show that the chemistry taking place in the interstellar medium is able to efficiently form numerous nitriles, which are key molecular precursors of the “RNA world” scenario, explains astrobiologist Victor Rivilla of the National Research Council of Spain and the National Institute of Aerospace Technology in Spain.

How exactly life on Earth arose is a mystery that scientists are trying to figure out. This information will provide important clues to the discovery of exoplanets that could be inhabited by living organisms.

According to one version, RNA arose first from the metaphorical rubbish, self-reproducing and diversifying on its own; this is the so-called RNA world hypothesis.

We are unlikely to ever get direct evidence from Earth, but we can piece together more and more evidence to see how plausible and plausible this scenario is.

One of the questions raised by this hypothesis concerns the source of prebiotic RNA molecules such as nitriles. Were they here, on Earth, from the very beginning, or could they have been brought from space on meteorites and asteroids?

Probably in the clouds in which they were born: in the cold molecular clouds from which stars are born. Once a star finishes forming from part of the cloud, the remnants of the cloud continue to form everything else in the planetary system – planets, comets, asteroids, dwarf planets, and whatever else might be lurking around.

The ancestral cloud of the solar system has long since disappeared, but the center of the galaxy is covered with molecular clouds. This is the so-called Central Molecular Zone, and scientists have found many prebiotic molecules there.

One particular cloud, named G+0.693-0.027, is particularly interesting. So far, there is no sign of star formation there, but scientists believe that a star or stars will form there in the future.

“The chemical composition of G+0.693-0.027 is similar to that of other star-forming regions in our galaxy, as well as those of solar system objects such as comets,” Rivilla said.

“This means that studying it could give us important clues about the chemical ingredients in the nebula that gave rise to our planetary system.”

The researchers used two telescopes to study the spectrum of light coming from the cloud. When certain elements or molecules absorb and re-emit light, this can be seen on the spectrum as a darker or lighter line.

Interpreting these absorption and emission lines can be tricky, but it can be used to determine which molecules are present in the cloud: each one has its own spectral signature.

By carefully studying and analyzing the emission features of G+0.693-0.027, Rivilla and colleagues identified a range of nitriles, including cyanic acid, cyanoallene, propargyl cyanide, and cyanopropine. They also tentatively detected cyanoformaldehyde and glycolonitrile.

Previous observations G+0.693-0.027 showed the presence of cyanoformaldehyde and glycolonitrile. This suggests that nitriles are among the most common chemical families in the Milky Way, and that the most basic building blocks for RNA can be found in the clouds from which stars and planets are born.

But, of course, as always, there is still a lot of work to be done.

“So far, we have discovered several simple precursors of ribonucleotides, the building blocks of RNA,” said astrobiologist Isascun Jiménez-Serra of Spain’s National Research Council and the National Institute of Aerospace Technology.

“But there are still key missing molecules that are difficult to detect. For example, we know that other molecules, such as lipids, are also required for the origin of life on Earth, which are responsible for the formation of the first cells.

So we also need to focus on understanding how lipids could have formed from simpler precursors available in the interstellar medium”. 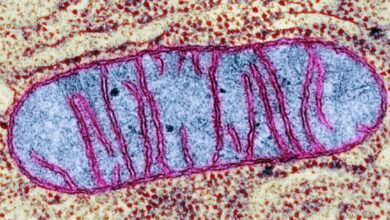 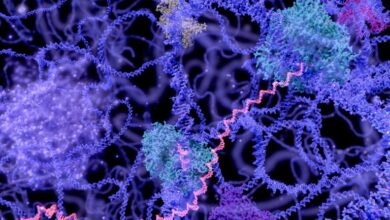