(ORDO NEWS) — Video blogger Coyote Peterson said he found the skull of a huge primate during excavations, but for a long time hid the find due to the fact that the authorities “tried to interfere” with him.

A well-known YouTuber and TV host may soon be branded as a charlatan because of the skull of a gorilla, which he passes off as the remains of a “great primate”

There are currently no large non-human primates in North America, and while tales of elusive woodland hominids like Bigfoot persist for centuries, there is no evidence that such creatures are actually real.

However, Coyote Peterson assures that the authorities are hiding the truth from us (good old conspiracy theories, where would we be without them) and in fact, huge primates roam the US, just no one knows about it.

Coyote posted a message about his find and assures that it is real: “I’m sure these photos will be removed – as probably the video – by government or state park officials … but the skull is safe.”

Peterson, best known for his YouTube channel Brave Wilderness and Animal Planet’s series Coyote Peterson: The Brave and Wild, also wrote that he would be uploading a video of the skull to YouTube this weekend.

Scholars have responded to his alleged discovery on Twitter, questioning the validity of the claim and suggesting that Peterson’s actions – as described in his posts – may be ethically and legally illegal.

Jonathan Colby, National Geographic science consultant and researcher specializing in the wildlife trade, wrote that “Smuggling any primate specimen into the United States, even if it is ‘found’ in the wild, is illegal.”

Paleontological experts, on the other hand, note that this skull is most similar to a copy of a gorilla skull, which can be easily bought on AliExpress. The fact that the find is precisely the skull of a gorilla is indicated by numerous details that paleontologists can notice even in the photo. 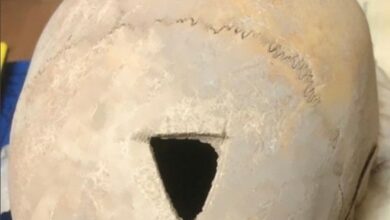 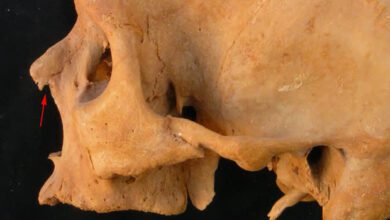