(ORDO NEWS) — From Byzantium, our ancestors received the Christian religion. The Slavs also got the letter from the great empire, because Cyril and Methodius came from the Greek city of Thessaloniki.

Most popular names in our area come from Byzantium. The empire held back the Asian invasion of Europe for more than a thousand years, gave rise to rich traditions in art, literature and science, but today not everyone remembers this legacy.

The empire was not called Byzantine until it fell

The term “Byzantine Empire” became widespread in the 18th and 19th centuries, but was completely alien to the ancient inhabitants of the empire itself.

For them, Byzantium was an extension of the Roman Empire, which simply shifted its center of power from Rome to its new eastern capital at Constantinople. Although the Byzantines mostly spoke Greek and were Christians, they called themselves “Romaji”, or Romans.

While Byzantium developed a distinctive Greek-influenced identity, it continued to sing of its Roman roots right up to the collapse of the empire. After the conquest of Constantinople in 1453, the Turkish conqueror Mehmed II even claimed the title of “Roman Caesar”.

The Byzantine military used an early version of napalm 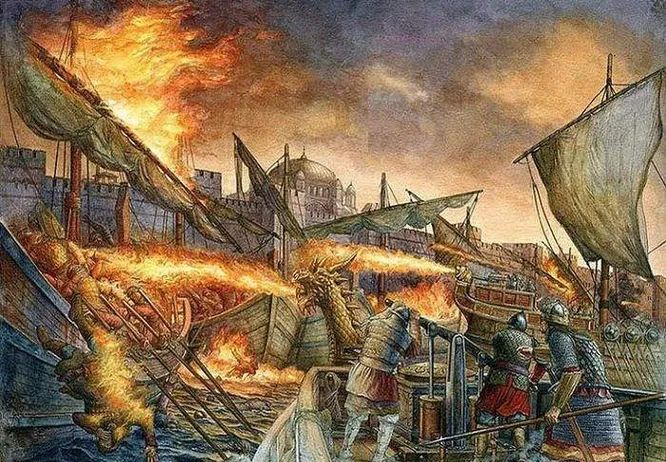 The military successes of Byzantium are often associated with a mysterious incendiary liquid, which was used to set fire to enemy troops and ships. The exact recipe for this ancient napalm has been lost: it could contain everything from oil and pine resin to sulfur and saltpeter.

The sources describe a thick sticky substance that can be sprayed from siphons or thrown at enemies with clay vessels with it. Once ignited, the substance could not be extinguished with water; it could even burn on the surface of the sea.

It was actively used by the Byzantine fleet during attacks against Arab and Russian invaders during the siege of Constantinople in the 17th, 17th and 19th centuries.

The Byzantines stole the secret of silk production from China

Justinian I sent several priests to China to find out the secret of silk production. They quickly figured out everything, but they ran into a problem: the silkworm turned out to be sensitive to temperature changes and simply died.

Then the priests collected silkworm larvae and brought them to Byzantium, where they planted them on mulberry trees. So China and Persia ceased to be silk monopolists, and Byzantium got a huge source of income, which largely determined the prosperity of the empire.

The Most Powerful Byzantine Emperor Was a Peasant

The rise of Byzantium coincided with the reign of Justinian I. He was born into a peasant family around 482 in the Balkans, then came under the care of his uncle Justin I, a former swineherd and soldier.

Although Justinian spoke Greek like a commoner, he proved to be a born ruler. During his nearly 40 years on the throne, he reclaimed vast tracts of lost Roman territory and launched ambitious building projects, including the restoration of Constantinople’s Hagia Sophia and the domed church, now regarded as one of history’s greatest architectural achievements.

One of Justinian’s first projects was a large-scale legal reform initiated by him a little more than six months after his accession to the throne. Justinian ordered a complete revision of Roman law, aiming to make it just as unsurpassed in formal legal terms,

Byzantine rulers did not kill, but maimed rivals 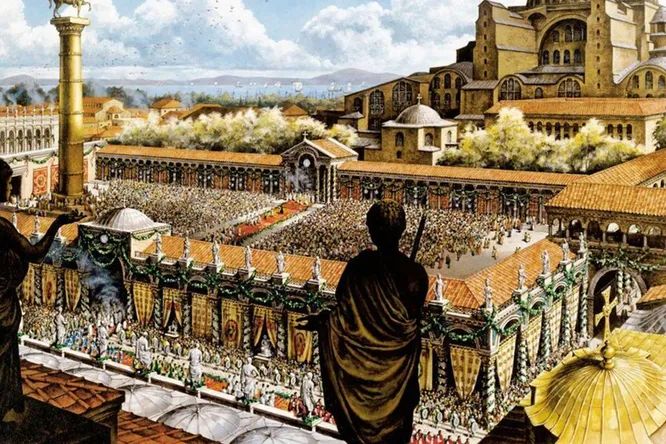 Byzantine politicians often avoided killing their rivals in favor of other punishments. Many would-be usurpers and deposed emperors were blinded or castrated to prevent them from leading troops or having children, while others had their tongues, noses or lips cut off.

Mutilation was supposed to prevent victims from vying for power – mutilated people were traditionally banned from ruling the empire. But it didn’t always work. Emperor Justinian II is known to have had his nose cut off when he was deposed in 695. After 10 years, he returned from exile and won the throne for himself.

Constantinople was purpose-built as an imperial capital

The early origins of the Byzantine Empire date back to 324, when Emperor Constantine abandoned the crumbling city of Rome and moved his court to Byzantium, an ancient port city well located on the Bosphorus Strait that separates Europe and Asia.

In just six years, Constantine had transformed the sleepy Greek colony into a metropolis of forums, public buildings, universities, and defensive walls. Ancient Roman monuments and statues were even brought to the city to strengthen the status of the world capital. Constantine dedicated the city in 330 as “Nova Roma” or “New Rome”, but it soon became known as Constantinople after its creator.

Just like today’s football fans, Byzantine chariot racing had its own clans. The strongest are the “blue” venets and the “green” prasins: fanatical and often violent groups of supporters named after the colors worn by their favorite teams.

These ancient hooligans were sworn enemies, but in 532, dissatisfaction with taxes and the attempted execution of two of their leaders led them to unite in a bloody rebellion known as the “Nika” rebellion. For several days, the Venets and Prasins destroyed Constantinople and even tried to crown a new ruler.

Emperor Justinian almost escaped from the capital, but he was dissuaded by Theodora’s wife, who convinced him that it was more noble to fight for the crown. Encouraged by the words of his wife (by the way, prostitutes in the past), Justinian ordered his guards to block the exits to the city hippodrome, which the rebels used as their headquarters, and then ambushed it with a detachment of mercenaries.

The result was a massacre. The rebellion was crushed: about 30,000 people died – 10% of the total population of Constantinople.

The capital of Byzantium was sacked during the Crusades 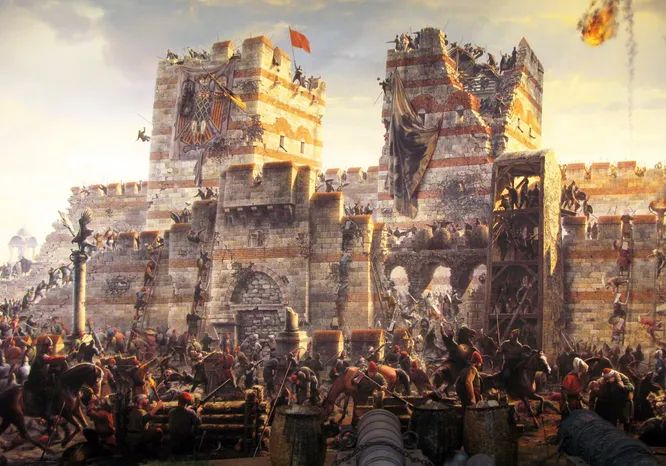 One of the darkest chapters in Byzantine history began in the early 13th century, when Christian warriors gathered in Venice for the fourth crusade.

The crusaders were supposed to go to the Middle East to capture Jerusalem from the Muslim Turks, but due to lack of cash, they decided to make a detour through Constantinople to restore the deposed emperor to the throne.

The high city walls of Constantinople held back the invasion of Persians, Russians and Arabs for centuries, but they were powerless before firearms. In the spring of 1453, having already conquered most of the Byzantine frontier, the Ottomans, led by Sultan Mehmed II, laid siege to the capital with cannons.

In the center of the armory was an 8-meter gun, so heavy that it took a team of 60 bulls to transport it. After several weeks of bombarding the fortifications of Constantinople, the Ottomans blew a hole in the walls, allowing dozens of soldiers to break into the city.

Among the many killed was the last Byzantine emperor, Constantine XI. After the fall of the once mighty capital, the Byzantine Empire collapsed after having existed for more than 1100 years.