(ORDO NEWS) — Archaeologists excavating an ancient cemetery in Israel have discovered an idol that they believe dates the worship of the goddess Asherah to an incredible 7,500 years.

During excavations carried out in the 1980s on a mountainside near Eilat, Israel’s southernmost city at the northern tip of the Red Sea, archaeologists discovered the remains of a cemetery dating back far into antiquity.

They also found other ruins and signs indicating that the site was once an important place of worship and have now discovered what is believed to be an idol of Asherah.

This particular site was built approximately 7,500 years ago and was dedicated to the goddess Asherah, who in more recent times was worshiped as the wife of the Israelite creator god Yahweh.

Combining the features of the mother goddess, the goddess of fertility and the embodiment of all the feminine, the idol of Ashera (who at various times was also called Atirat or Ashera) was an important figure in the religion of the Canaanites, who occupied the lands of modern Israel in the second millennium BC.

As soon as the Israelites arrived in Canaan, they effectively absorbed Asherah into their religious traditions, with archaeological evidence suggesting that the Israelites first began worshiping the fertility mother figure in the 12th century BC.

But, as the discovery of a new idol of Asherah shows, this goddess was known to the inhabitants of the Levant (modern Israel, Palestine, Jordan, Lebanon and Syria) long before the appearance of the peoples mentioned in the Hebrew Bible.

The site in Eilat was built during the Late Neolithic or Stone Age, and it can easily be called the oldest idol of Asherah ever found.

Experts have been studying the remains and artifacts found at the site for more than four decades, and even in the 2020s, new discoveries are emerging as a result of these studies. 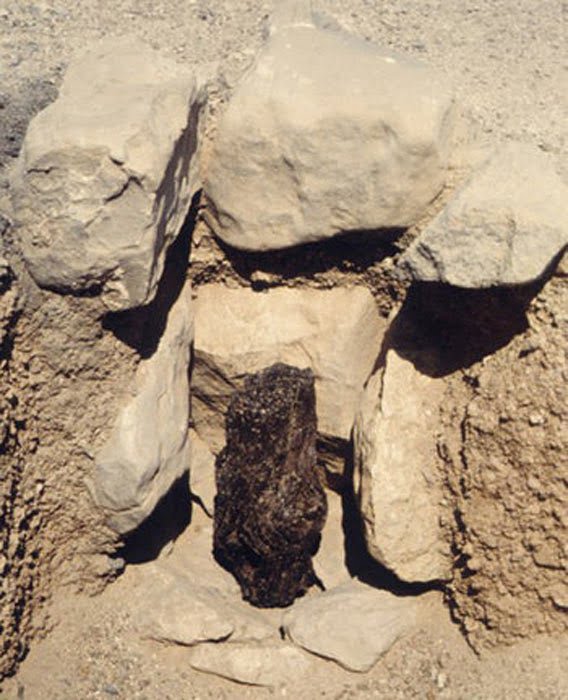 The first real excavations in Eilat were carried out by Israeli archaeologist Uzi Avner and his partner Israel Hershkovitz in the late 1980s, after building activity in the area revealed something of historical significance underground.

What Avner and Hershkowitz discovered on a mountainside near Eilat turned out to be more extensive than anyone could have imagined.

They unearthed 11 simple graves and 20 more complex tumulus tombs in the cemetery, which, despite grave robbery in the past, were still filled with skeletal remains and a varied collection of grave goods.

Radiocarbon dating of bone samples showed that the cemetery was in use for over a thousand years, from about 5450 to 4250 BC. 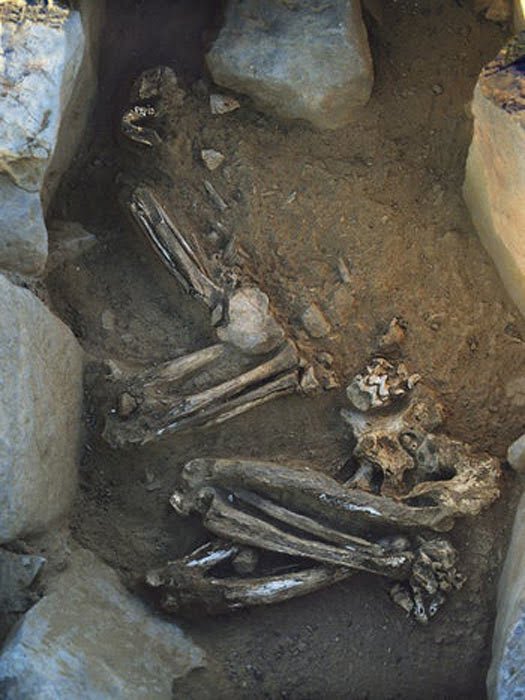 While there was nothing particularly unique or remarkable about the 11 common graves, the tumulus tombs were built with great care. Above the burial chambers, which did not contain complete skeletons, but only individual bones, large stones were placed, supported by stone slabs.

Interestingly, Avner believes that the differences between the two types of graves are not a reflection of the class status of the ancients.

He says that simple graves represented the original burial, and after the decomposition of the body, some of the bones were removed and placed in tumulus chambers along with various types of grave goods.

Some cells were connected to each other, and one of them contained the remains of several people, which indicates that kinship or family relationships were recognized and respected even after death.

The list of funerary items found in the tombs included practical items and tools such as arrowheads, grindstones, scrapers, and stone bowls, the latter of which were decorated with geometric figures.

Pottery fragments have also been found in tumulus burials, along with collections of animal bones of a wide variety of species.

Notable finds inside the chambers were impressive collections of small, precious personal items made from shells, pieces of coral, minerals, and semi-precious stones.

The last category included quite a few beads, some of which were made from locally procured shells. But in the collections of beads there were samples made from materials available only in remote places.

Notable among these were the oldest faience and glazed soapstone beads ever found, all of which came from sources in Mesopotamia. 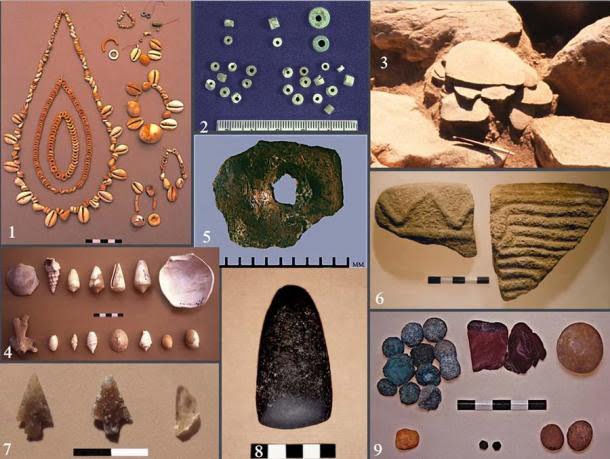 Another important find at this site was the remains of hearths, which, presumably, were used to organize feasts in honor of the dead.

Signs of feasting have also been found near other ancient burials, but this is the first time that several hearths have been found literally inside a cemetery (the main cluster included 66 hearths around two tombs).

Archaeologists have come to the conclusion that this place was dedicated to Asherah, due to the presence of one unique structure.

It was a piece of sacred ground paved with small stones, and it was here that the archaeologists found an 11-inch (30-centimeter) tall wooden relic, which they identified as the remains of a juniper tree trunk.

This type of sacred wooden relic has been found at other archaeological sites in the Levant and is known to represent the goddess of fertility in all her various names (she was called Ashera in the Bible).

The presence of a juniper tree trunk indicates that the site was set aside for goddess worship and is the oldest surviving idol of Ashera found anywhere in the region (it has been carbon-dated to 4540 BC).

Asherah is negatively mentioned in the Hebrew Bible, which its authors consider an obstacle to the triumph of Yahweh.

Her worship was limited to the first few centuries of the Israelite conquest of Canaan, and it seems that all traces of the worship of the goddess Asherah had disappeared from Jewish religious practice by the early sixth century BC.

In addition to the sacred tree of Ashera, archaeologists have discovered other remains that reveal the true nature of this place.

These include hundreds of small and modest-sized sacred standing stones known in the Middle East as massebot (or masseba in the singular). First appearing around 1200 BC, this type of stone monument was often erected at sacred sites in the Middle East and the Levant in pre-Biblical times. 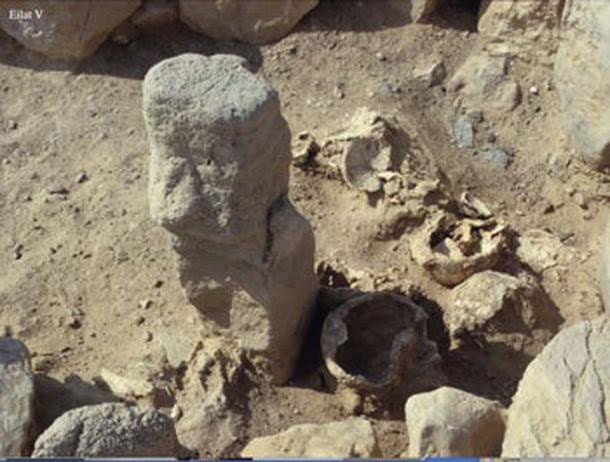 Two types of massabots have been found in Eilat, associated with tomb chambers. One consisted of wide stones set around the eastern perimeter of the tombs, and the other consisted of stones that were set inside the north-facing chambers of the tombs.

Another important discovery in Eilat was the presence of two open-air sanctuaries, which were separated from other sections of the site by rows of field stones.

The shrines housed a significant number of small massebots two feet (two-thirds of a meter) or less in height, which likely represented cherished ancestors or various deities from a long-forgotten prehistoric pantheon of gods.

Many archaeologists and ancient historians do not know about the people who lived on the lands of the Levant in prehistoric times.

But, as a study of the incredible site found in Eilat shows, these ancient societies were deeply spiritual in their orientation, and they adhered to a metaphysical belief system that was passed down thousands of years in time.

Even the ancient Israelites worshiped Asherah for a while before the religious authorities could finally banish her from their monotheistic religion.

Since then, she has been largely forgotten in the region, but thankfully, archaeologists have been able to uncover the truth about just how influential this goddess was in the Middle East in the distant past.