(ORDO NEWS) — Bronze statues dating back to 2300 years shed light on the transitional period between the Etruscans and the Romans.

In one of the baths built by the Etruscans in Tuscany, an “exceptional” collection of bronze statues was discovered, preserved for thousands of years under the influence of mud and boiling water.

Among the 24 partially submerged statues, dated 2,300 years ago and called the most significant find of its kind in the last 50 years, is a sleeping Ephebe, lying next to the goddess of health Hygeia, with a snake coiled around her arm. 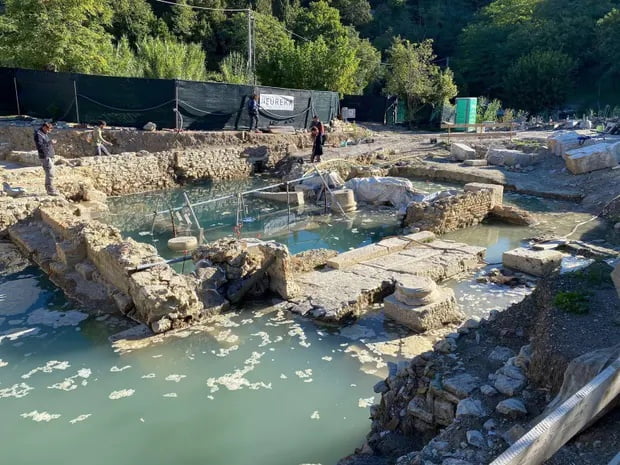 Archaeologists stumbled upon the statues during excavations at an ancient resort at San Casciano dei Bagni, near Siena. The modern resort, which has 42 hot springs, is close to the ancient site and is one of the most popular destinations in Italy.

Next to the ephebe (a teenage boy, usually 17-18 years old) and Hygiea was a statue of Apollo and many others depicting matrons, children and emperors.

The baths are believed to have been built by the Etruscans in the third century BC, but they became more luxurious during the Roman period and emperors, including Augustus, visited the springs for health and healing.

Along with 24 bronze statues, five of which are almost a meter high, archaeologists have found thousands of coins, as well as Etruscan and Latin inscriptions. It is believed that visitors threw coins into the baths as a sign of good luck for their health. 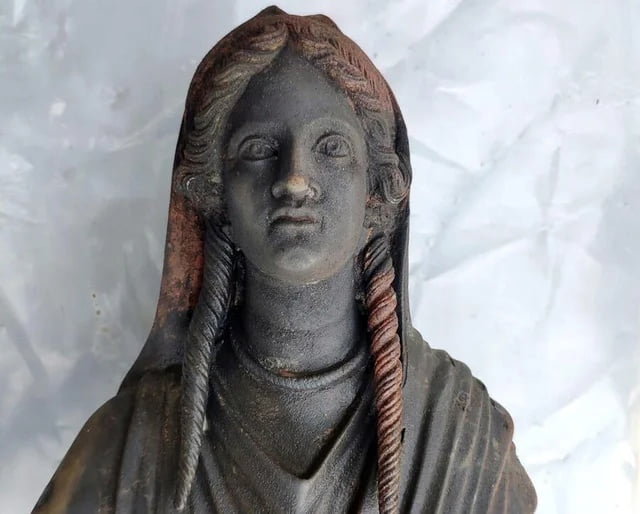 Massimo Osanna, general director of museums at the Italian Ministry of Culture, said the relics were the most significant discovery of their kind since two full-size Greek bronze images of naked, bearded warriors were found off the coast of Calabria near Riace in 1972.

“This is certainly one of the most significant bronze discoveries in the history of the ancient Mediterranean,” Osanna told Italian news agency Ansa.

The excavation project at San Casciano dei Bagni has been led by archaeologist Jacopo Tabolli since 2019.

In August, several artifacts were found at the site, including fertility statues believed to have been used for dedication to the gods. Tabolli, a professor at the University for Foreigners in Siena, called the latest discovery “absolutely unique.”

The Etruscan civilization flourished in Italy, mainly in the central regions of Tuscany and Umbria, for 500 years before the advent of the Roman Republic. The Etruscans had a strong influence on Roman cultural and artistic traditions. 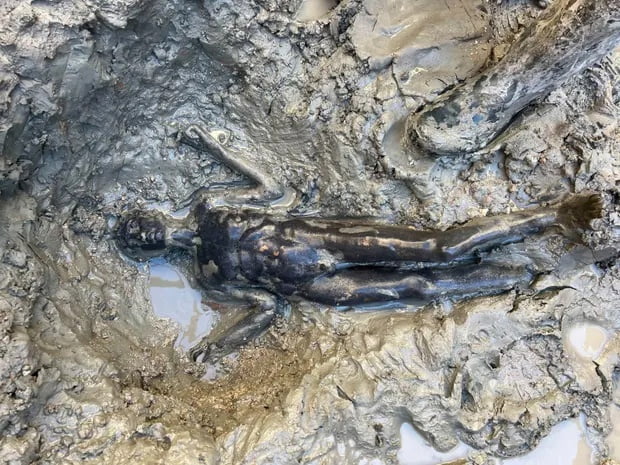 An initial analysis of 24 statues believed to have been made by local craftsmen between the 2nd and 1st centuries BC, as well as countless votive offerings found at the site, indicates that the relics may have originally belonged to Etruscan and Roman families, landowners, local lords and Roman emperors.

Tabolli told Ansa that the hot springs, rich in minerals including calcium and magnesium, remained active until the fifth century and then were closed, but not destroyed, during the Christian era. The pools were covered with heavy stone pillars and the divine statues were left in the sacred water. 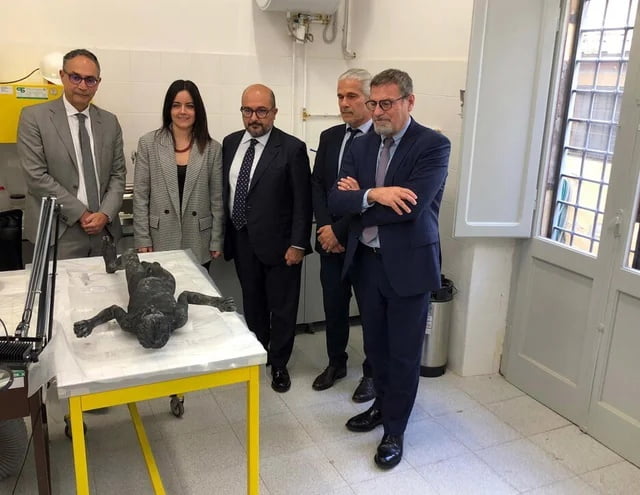 The treasures were discovered after archaeologists removed the covering. “This is the largest repository of statues from ancient Italy and the only one whose context we can fully restore,” Tabolli said. 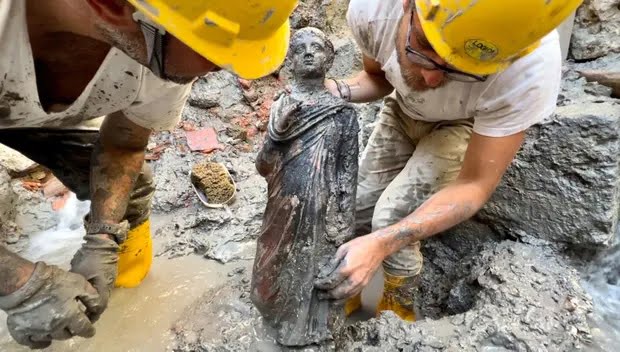 The relics provide important evidence of the transition between the Etruscan and Roman periods, when the baths were considered a safe haven.

“Even in historical eras, when the most terrible conflicts raged outside, in these pools and on these altars, the two worlds, Etruscan and Roman, seem to have coexisted without problems,” Taboli said.

Excavations at this site will resume next spring, and the winter period will be used for restoration and further study of the relics.

The artifacts will be housed in a 16th-century building recently purchased by the Ministry of Culture in San Casciano, near Florence. An archaeological park will also be laid out on the site of the ancient baths.

“All this will be strengthened and harmonized, and may become another opportunity for the spiritual growth of our culture, as well as the cultural industry of our country,” Sangiuliano said.