(ORDO NEWS) — A team of scientists excavating and archeological research on the historic island of Al-Saya in Bahrain found that it was “man-made” and formed in the middle of the sea around a freshwater spring at least 1,200 years ago.

The excavations began at the end of January and were carried out by the Bahrain Department of Culture and Antiquities in cooperation with British scientists.

Previously, it was believed that the formation of the island was the result of some natural phenomenon, but new studies have shown that this is not at all the case. It is possible that this island may be one of the oldest examples of the practice of creating artificial islands. 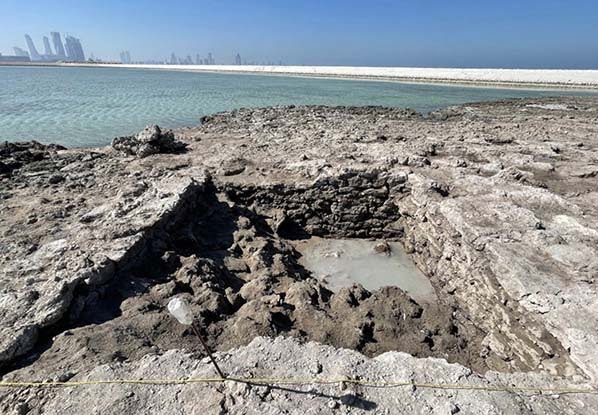 In addition, studies also show that Al-Saya played a decisive role in the history of pearling in Bahrain. Old piles of pearl oysters mixed with earthenware from the seventh to the eighth century AD cover much of the island. The island also played an important role as a freshwater source, in fact it can be considered a waterworks of that time.

The scientists also spoke about the technique used in the construction of the island. To do this, a thick round wall was created around the freshwater source and, in fact, a small island with a diameter of about 20 meters turned out.

Then it was fortified and another curved wall was added, which increased the island to about 40 meters. After that, straight walls were created on the southern and eastern sides of the island, crossing each other.

Large coral blocks were also used in the construction. In addition, during the excavations, a small building was discovered next to the source with a mechanism for raising water. This allowed fresh water to be continuously withdrawn and distributed to boats anchored along the waterfront.

Prince of Bahrain in Dubai accompanied by a huge robotic bodyguard

Prince of Bahrain in Dubai accompanied by a huge robotic bodyguard