(ORDO NEWS) — Mercedes-Benz – it is an absolute symbol of German quality and class , brand , primarily associated with expensive and luxurious cars, while in the line of Mercedes there are quite modest model. And in the history of the company there have been exceptionally unusual cars at all – let’s talk about them.

Mercedes-Benz W 17 (1931) . Rear-engined concept car developed as a “people’s car” (which later became the Volkswagen Beetle). In total, 12 copies were made, differing in technical elements, but the car was never put into production. Not a single W 17 has survived to this day. 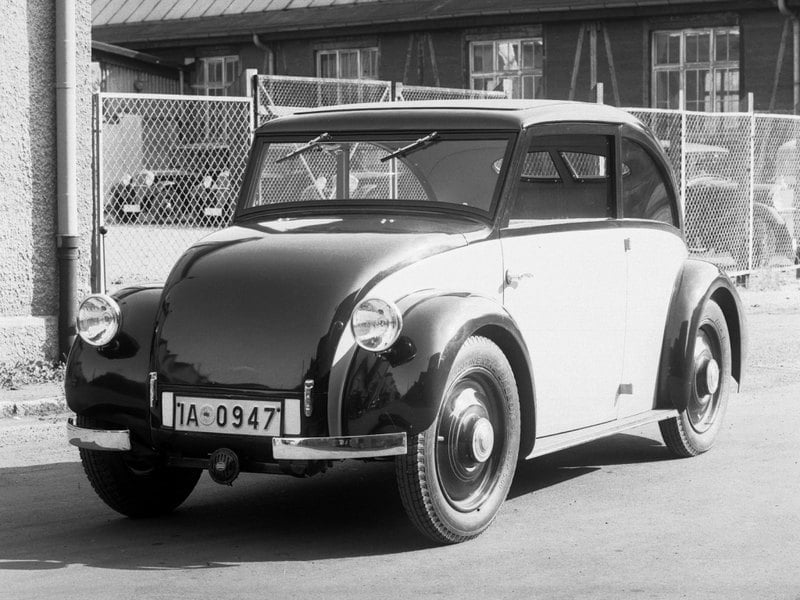 Mercedes-Benz T80 (1939) . Record streamliner designed for Mercedes-Benz by Ferdinand Porsche. Initially, it was created to set a new world speed record on land, but due to the outbreak of World War II, the attempt did not take place. The car was powered by a 12-cylinder Daimler-Benz DB 603 engine with a volume of 44.5 liters (!) – in fact, it was a modification of the aircraft DB-601 from Messerschmitt Bf 109. Since the car has survived and is in excellent condition, many insist on a high-speed race which could prove that in 1940 the T80 would have broken the world record if the test had actually happened. 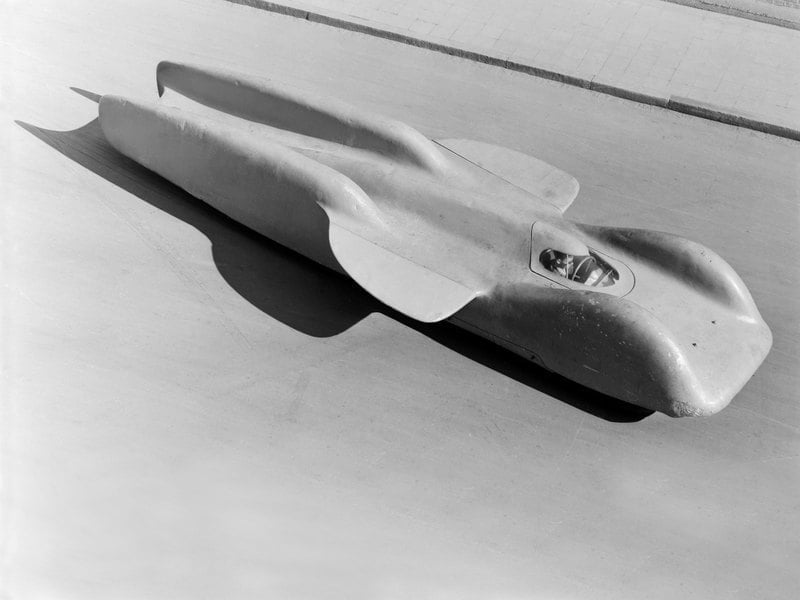 Mercedes-Benz Rennwagen-Schnelltransporter (1954) . Built in a single copy by order of Alfred Neubauer, head of the Mercedes-Benz racing team, transporter for Formula 1 cars. The truck had a streamlined shape and a powerful engine that accelerates it to 160 km / h with a load (!) – this made it possible to quickly deliver damaged cars to the boxes. After the team retired from auto racing in 1955, the transporter simply rusted at the base for many years, and then was cut into metal. In the 1990s, the car was recreated from photographs. Mercedes-Benz 230SL Pininfarina Coupé (1964) . Mercedes-Benz’s design has always remained fairly iconic, and the company rarely turned to outside design studios. The 230SL Pininfarina Coupé was created on the initiative of Pininfarina by designer Tom Tjarda, and after its presentation at the auto show, the company received a number of orders for the model – but Mercedes was not interested, the car remained in a single copy, which was eventually bought by the tycoon Axel Springer. 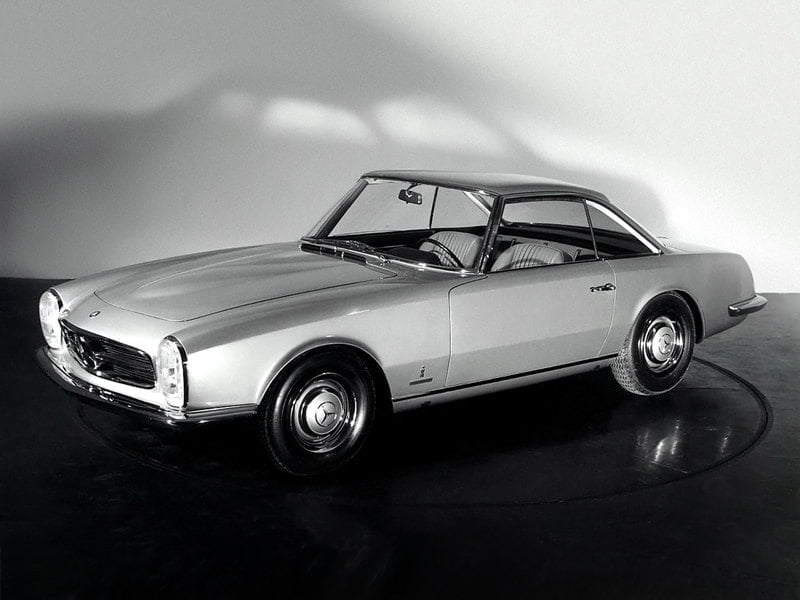 Mercedes-Benz C111 Design Concept Bruno Sacco (1969) . From 1969 to 1979, Mercedes-Benz built the C111 series of concept sports cars, which were powered by experimental diesel engines, turbochargers of various designs, and engines of the Wankel system. The cars were not planned to participate in races, but were intended specifically for testing engines. Almost everywhere it is claimed that there were four cars, but in fact, even before the official first model C111-I, a concept developed by designer Bruno Sacco was made in a single copy (in 1975 he will head the company’s design department and will be in this position until 1999 th). 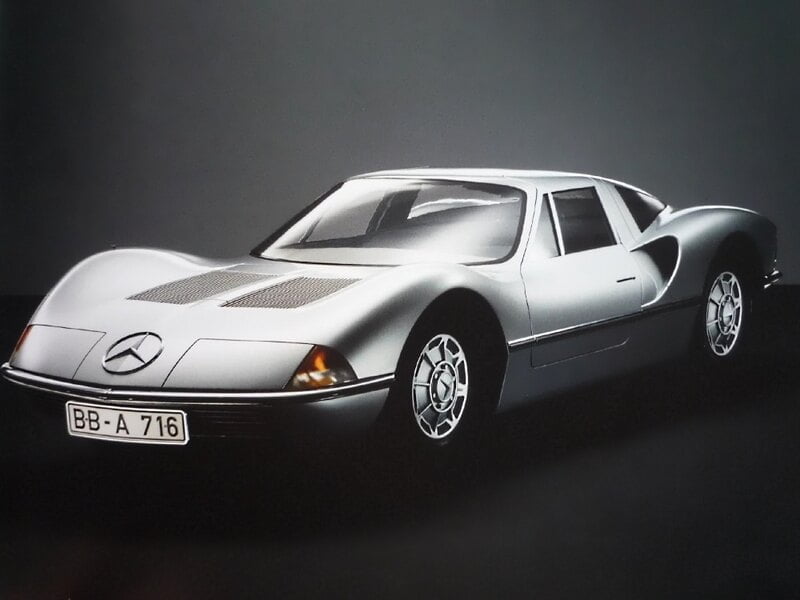 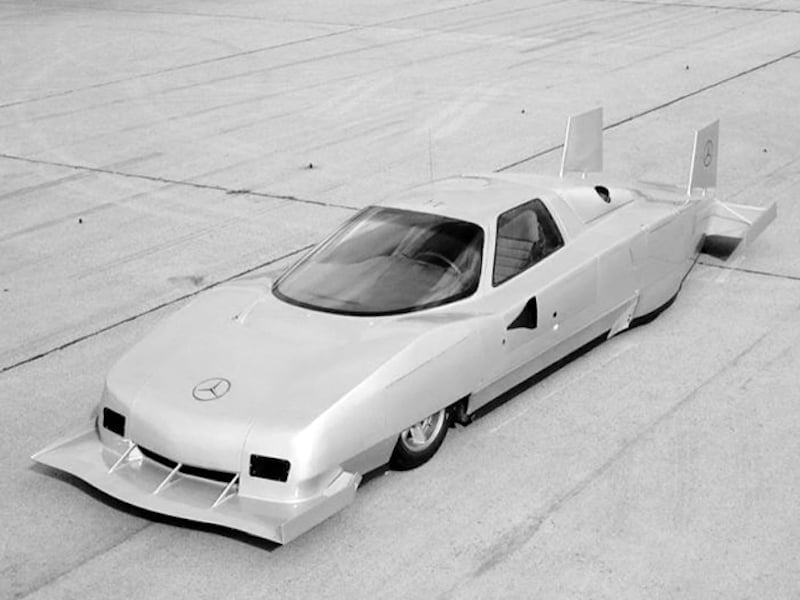 Mercedes-Benz 190 E Stagehand W201 (1981) . One of the most uncharacteristic Mercedes-Benz concept cars is a tentative attempt to occupy the niche of compact and inexpensive cars. In principle, if you remove the caps, nothing will make the 190 E Stagehand akin to a Mercedes. Mercedes-Benz NAFA (1982) . The concept of an urban micro-car designed for short distances – from home to work or to the store, and back. The length of the NAFA is only 2.5 meters, and Mercedes-Benz was seriously thinking about launching the microcar into a series (later they nevertheless implemented this plan in the form of Smart), but the car could not “force” it to comply with safety standards. Mercedes-Benz F100 (1991) . A concept car, which was the realization of Mercedes-Benz’s vision of a 21st century family car. The driver sat in the middle, behind were four passengers in pairs. Many of the solutions used in the concept were later used in the company’s production models. 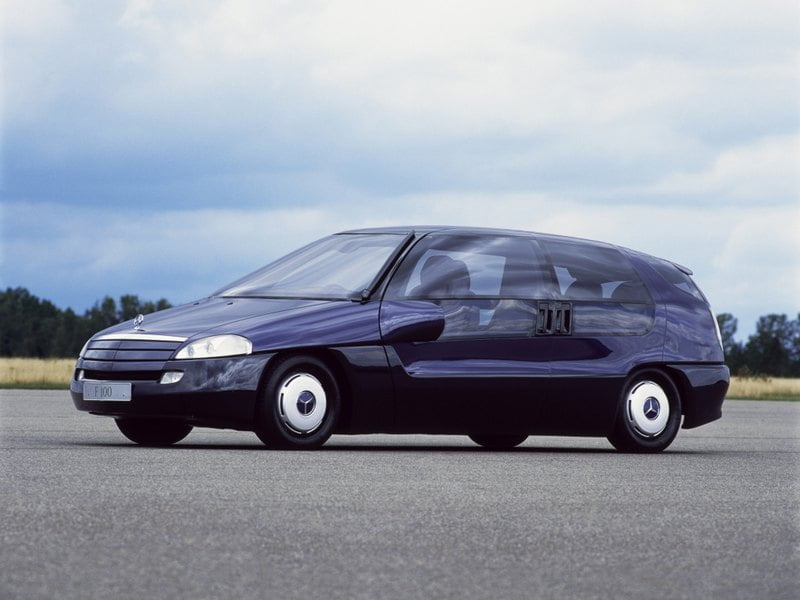 Mercedes-Benz EXT-92 (1992) . Fantastic truck unveiled at the 1992 Frankfurt Motor Show. The main objectives were to ensure good aerodynamic properties as well as driver comfort and safety. When describing this vehicle, many point to similarities with the well-known and earlier concept MAZ-2000 “Perestroika”, but unlike MAZ EXT-92, it is a conventional tractor, without a modular layout.