(ORDO NEWS) — Research continues on artifacts from the caves of the Judean Desert.

In 1983, archaeologists discovered a cave in Palestine containing human bones dating back to the seventh millennium BC. The bones (especially the skulls) are perfectly preserved due to the arid climate of the Judean Desert.

Three of the six skulls had strange patterns, but for a long time it remained unclear how they were applied – the methods of archaeologists of those years were more modest than those of modern scientists. And now, representatives of the Israel Antiquities Authority told what kind of patterns on the bones.

This is asphalt. For us, this combination may seem unusual, if you do not remember the history. The widespread use of natural asphalt is known from ancient sources: it was used in construction (as waterproofing) in Egypt and Assyria, and also, judging by archaeological finds, by the Phoenicians. The largest source of natural asphalt was the Dead Sea, which the Romans called Asphalt Lake (Lacus Asphaltites). In some sources, asphalt is called “Jewish tar.” 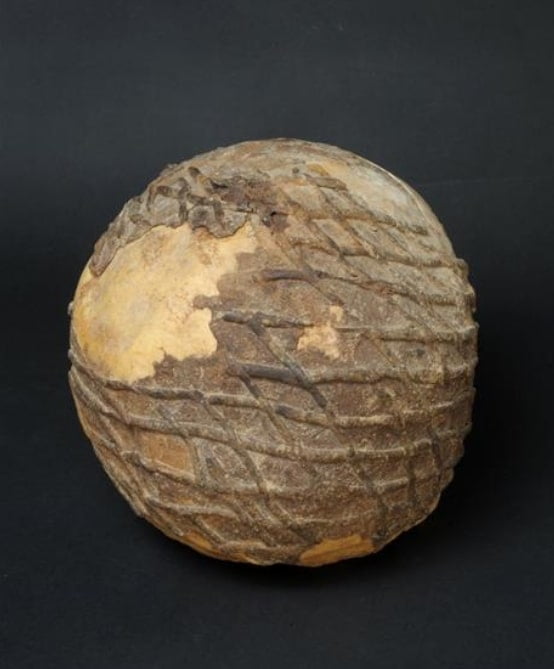 It was with “Jewish resin” that people – according to the primary dating, nine thousand years ago – decided to decorate the skulls of their dead. Apparently, a thin layer of asphalt was first applied to the back of the skull. Then thin threads were made from it, rolled out between the palms, and laid on the first layer to create the appearance of a net – or even a cap, as seen in the photo.

Who did it? The study of similar finds showed that the processing and patterns on the skulls of dead people are characteristic of the Natufian archaeological culture . And here the strangeness begins.

The fact is that the Natufian culture of the Mesolithic existed approximately in the period of 12,500 – 9,500 BC in the Levant, mainly in Palestine. And the skulls, as we remember, date back to the seventh millennium BC. What does the Natufian culture have to do with it? Let’s take a closer look at it.

The first finds of Natuf monuments were made a hundred years ago. And for a long time this culture could not be connected with the previous ones. However, further excavations showed its kinship with the Kebar culture (it arises 18 thousand years before our era).

As is usual for the Mesolithic, the flint industry of the Natufians abounds with microliths, which served as inserts in bone or wooden settings. There were also attempts to grind stone, which developed into a special technique already in the Neolithic. Harpoons and fish hooks were made from bone, and ostrich egg shells were used under containers.

The Natufians lived by hunting, fishing and collecting wild cereals. Interestingly, they had special reaping knives (similar to sickles) to collect cereals, and the harvest was collected in common granaries. From here one step to agriculture.

And some researchers believe that the representatives of the Natuf made this step, becoming the first farmers in the world. In addition, there is no doubt that they domesticated the dog: quite a few remains of adult animals and puppies are found in the human settlements of this culture.

Most of all, archaeologists were surprised by the structure of the Natuf settlements: they lived in round stone houses, sometimes buried in the manner of a dugout, and there were burials between the buildings. Obviously, they were the first of the people who began to settle near the graves of their ancestors. Moreover, the funeral rite was quite complicated.

All found burials are clearly secondary. The skulls of the buried were often decorated, mostly with woven diadems, but sometimes with drawings (carvings). That is, at first the bodies, apparently, were taken out of the settlement, placed in temporary graves or left in the air (providing protection from predators), and then, when the soft tissues decayed, the pre-decorated bones were buried next to the house. This is a highly unusual burial method with no known direct analogues in other archaeological cultures. 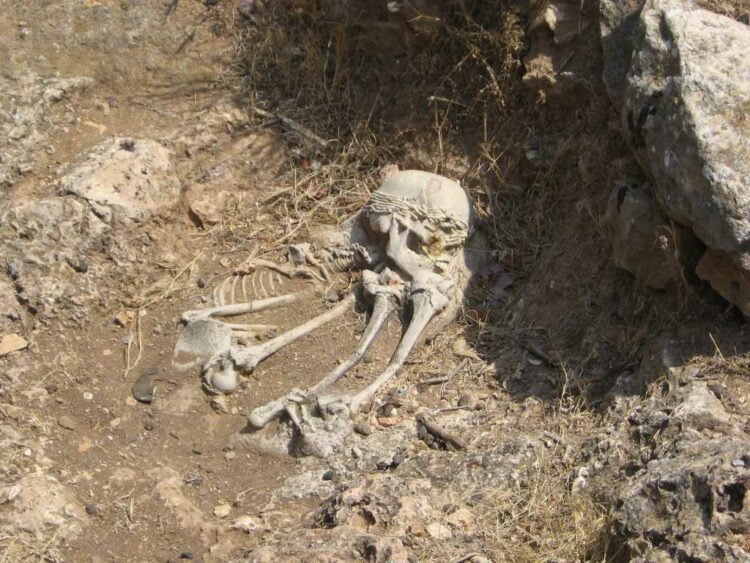 That is why Israeli archaeologists attributed the skulls with asphalt patterns to natuf. The temporary discrepancy can be explained by incorrect dating, which is now being rechecked. Researchers believe that the custom of painting skulls arose in connection with ancestor worship, perhaps to reinforce the sense of belonging to an extended family unit.

In agricultural societies, where population density was constantly increasing, belonging to a family largely determined the place and economic status of each person in society. Therefore, the preservation and marking of ancestral skulls and objects belonging to the “founding generation” represented a sign of belonging and status.